SCRANTON, Pa. — After being postponed Wednesday because of the high winds, the University of Scranton baseball team is hosting its first home game in its ... 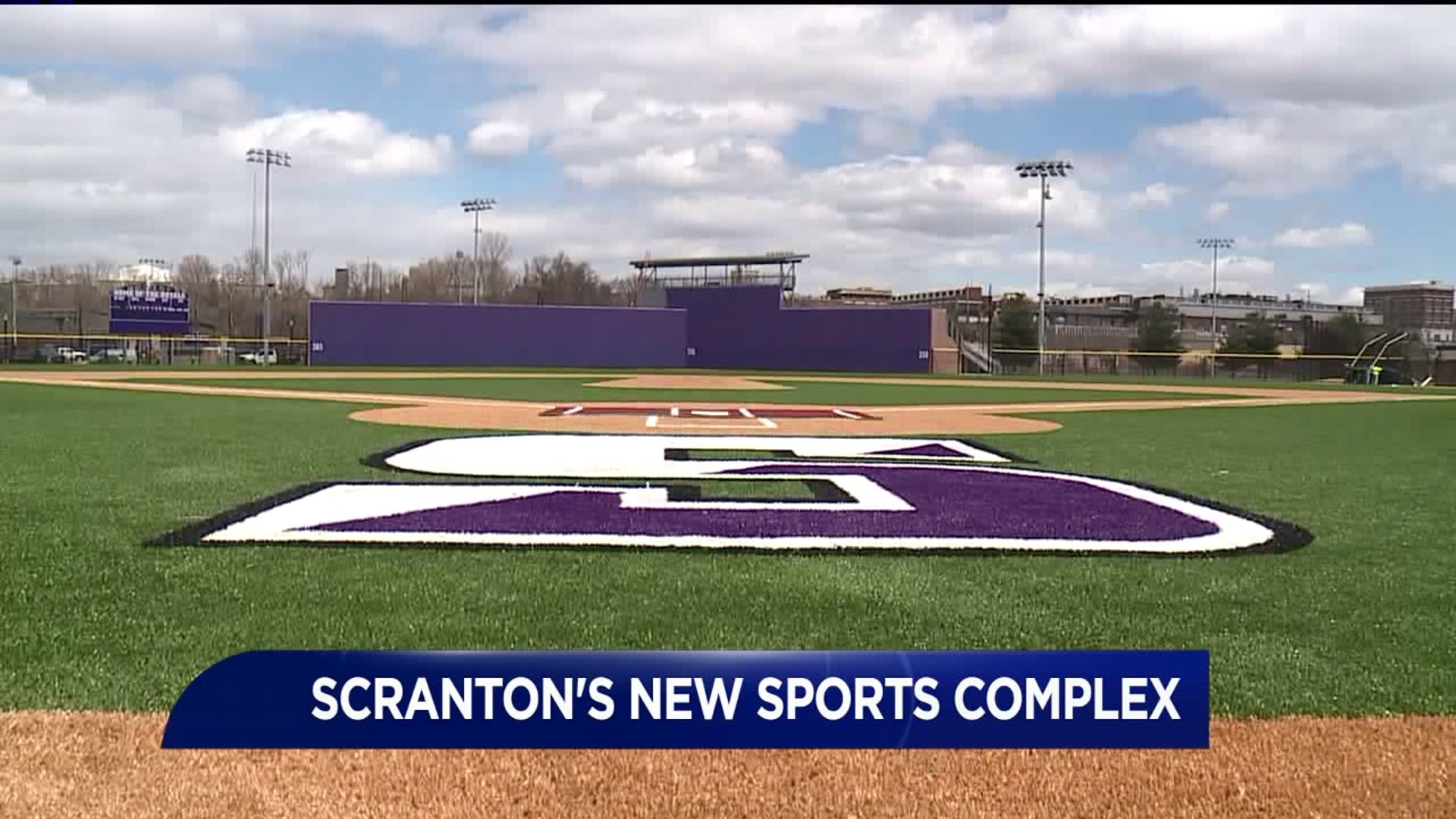 SCRANTON, Pa. -- After being postponed Wednesday because of the high winds, the University of Scranton baseball team is hosting its first home game in its new home.

The university is almost finished with a new $14 million sports complex.

Scrantonians have known this area off Broadway Street as the South Side Sports Complex. Now, it is the University of Scranton's Quinn Sports Campus.

There's still work to be done at the University of Scranton's Quinn Sports Campus but the turf is ready, so it's time to play.

"We're just hoping that they would get it done in time for our season, and I'm glad they did," said Morgan Rentzheimer, University of Scranton softball player.

Baseball will be played on one side of Broadway, softball on the other.

The Quinn complex also has a multipurpose field that will be shared by the school's soccer, field hockey, and lacrosse teams.

"It's awesome, it's a great feeling. From going from probably the worst field in our conference to the best, and having other teams come in here and see this impressive complex is going to be a huge deal for the university," Rentzheimer said.

As this project wraps up, work has just begun back on campus to renovate the Long Center, home to the basketball team.

The $14 million complex on Broadway Street is the university's biggest investment in Scranton outside of the city's Hill Section.

"I think it will give a huge building relationship and connection between both the city and the school. Just people driving by might see games going on and want to stop by, or bring the kids to the playground and just play watching the games," said Brogan.

There are plans for a community basketball court and a playground; those are not complete just yet. And there's still a lot of work happening at the complex. But, the baseball team will finish out its season here and the softball team has its first home game here on Saturday.