It's the beginning of a new era at the University of Scranton. Newswatch 16's Elizabeth Worthington introduces us to Father Marina, the school's new president. 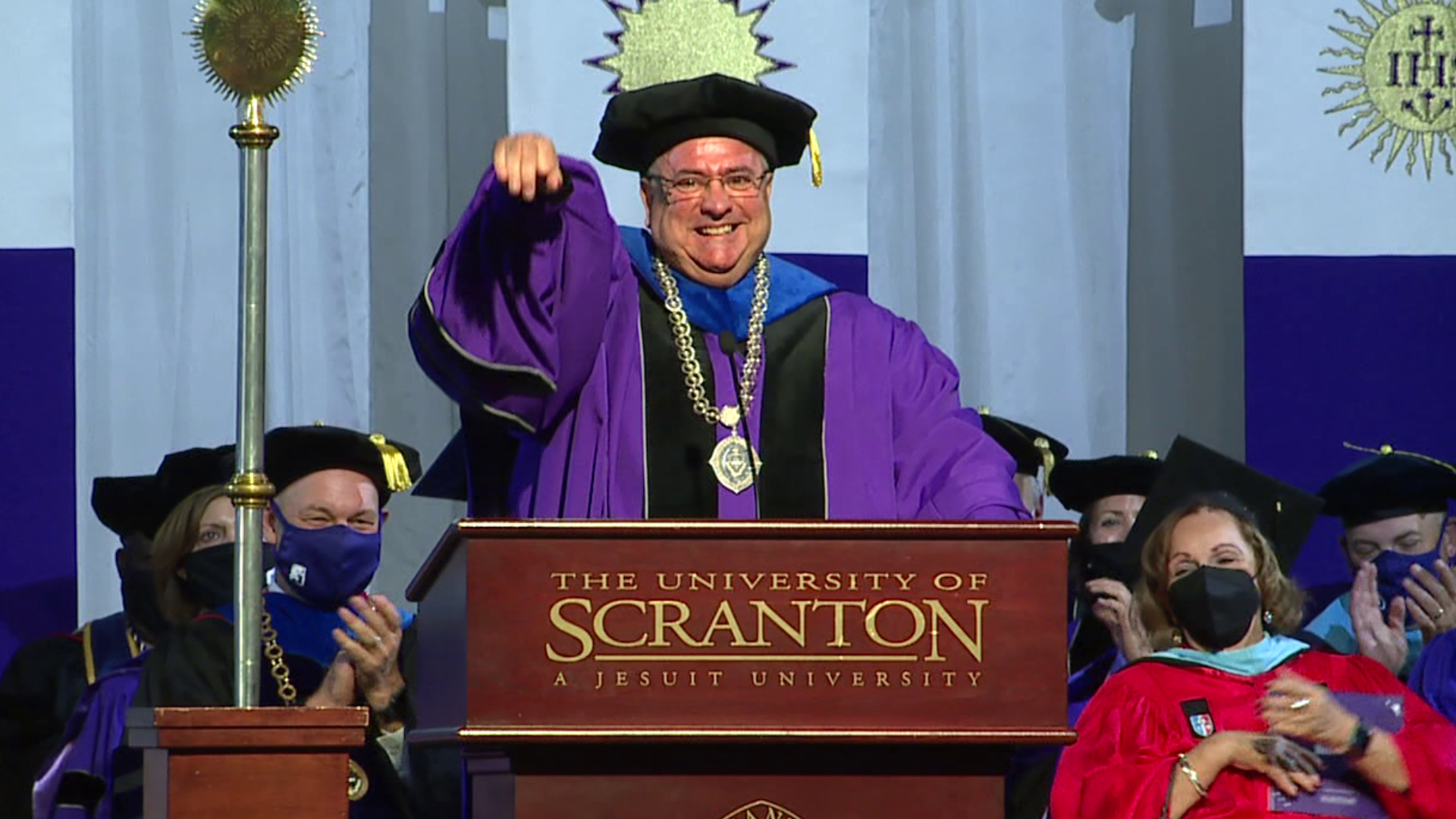 SCRANTON, Pa. — It was a fitting way to officially mark the start of his tenure as the 29th President of the University of Scranton.

About 1500 people came to formally welcome the new president, many of them, students who have had the chance to meet him during their first few weeks back on campus.

"I have to come out and show support for him because this will be my home for the next 4 years, so I have to show support the first year and for the time to come," said freshman John Molinelli.

"The community here is fantastic and I was really excited to come and see the new era of Scranton start up," said freshman Brian Castrogiovanni.

First-year students we talked to say having a brand-new president on campus makes beginning a new chapter in their lives that much more exciting.

"It's kind of cool because we're both starting off the year in the same position. And with COVID, it's cool to have someone who's on the same level as us,"

And for the upperclassmen who have gone through nearly two years of remote learning, and the passing of their previous president Father Marina hopes to lead them through this final chapter.

"I'm particularly concerned about the seniors because they just have one more year with us. They had that whole middle block that was [remote.] So I'm going to spend as much time as I can with them. We're going to celebrate their great accomplishments. I mean the way that they pulled all this off under such challenging circumstances deserves to be celebrated and recognized," said Father Marina.

Father Marina fills the role left behind by Father Scott Pilarz, who passed away in the spring after being diagnosed with ALS in 2018.