JEFFERSON TOWNSHIP, Pa. — For nearly eight years, one community in our area has been waiting for a park area where folks can exercise and play. Jefferson ... 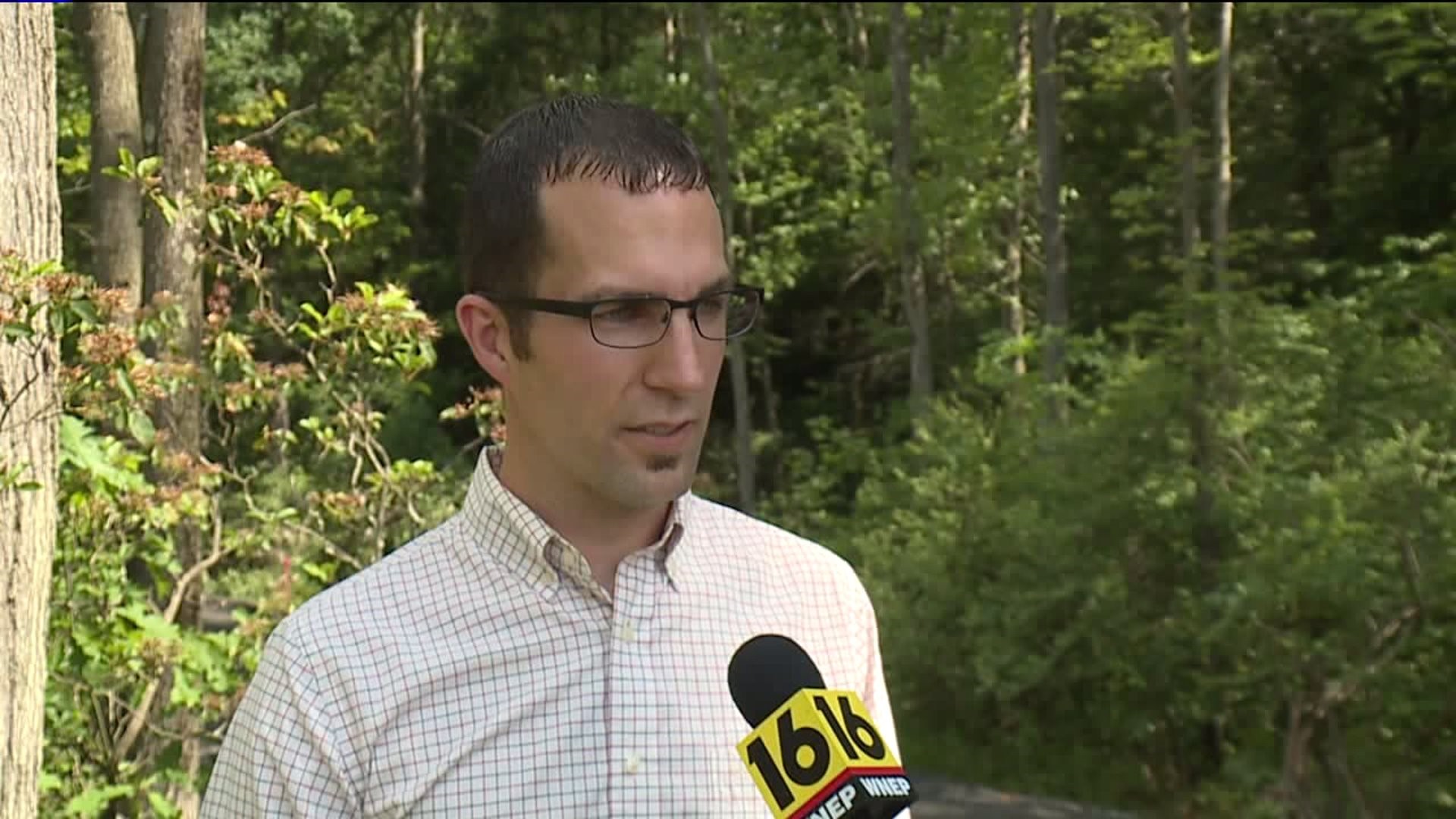 JEFFERSON TOWNSHIP, Pa. -- For nearly eight years, one community in our area has been waiting for a park area where folks can exercise and play. Jefferson Township held the official opening of the space on Thursday.

"There's been some hurdles they had to go through to get the trails in place, and money's always a big thing," Jefferson Township Fire Chief Don Wallace said.

After receiving a state grant funded by money from the natural gas industry, Jefferson Township officially opened its new park.

"I think it's going to be a great asset to the community," said township supervisor Jason Hollister. "We've owned the property since 2012, so we're excited to finally have it open and people to be able to start utilizing it."

People at the ribbon cutting say the park trail is a much-needed addition to the community.

"We are growing, we are getting a lot more families, and the families want a place to bring their dogs, their kids, where they can play safely," said Wallace.

"It's very cool because maybe one day my kids can come here and have a park. I know we didn't really, and there were less places to hang out," said resident Gabby Edwards.

While the ribbon cutting ceremony officially opened the trail, the project is far from over. The township says they hope to continue the project to include a field and bathroom facilities in the coming year.

"We were approached by the youth soccer league and they've been growing exponentially, and they are running out of field space, so they knew we had fields in our plans, and they approached our recreation board, and that's why we decided to go in that direction for the next phase," Hollister said.

The trail, which runs just over a half mile includes gravel and grass walking paths, as well as a pond. Parking for the trail is available right off the new Community Drive for visitors to the new park in Jefferson Township.