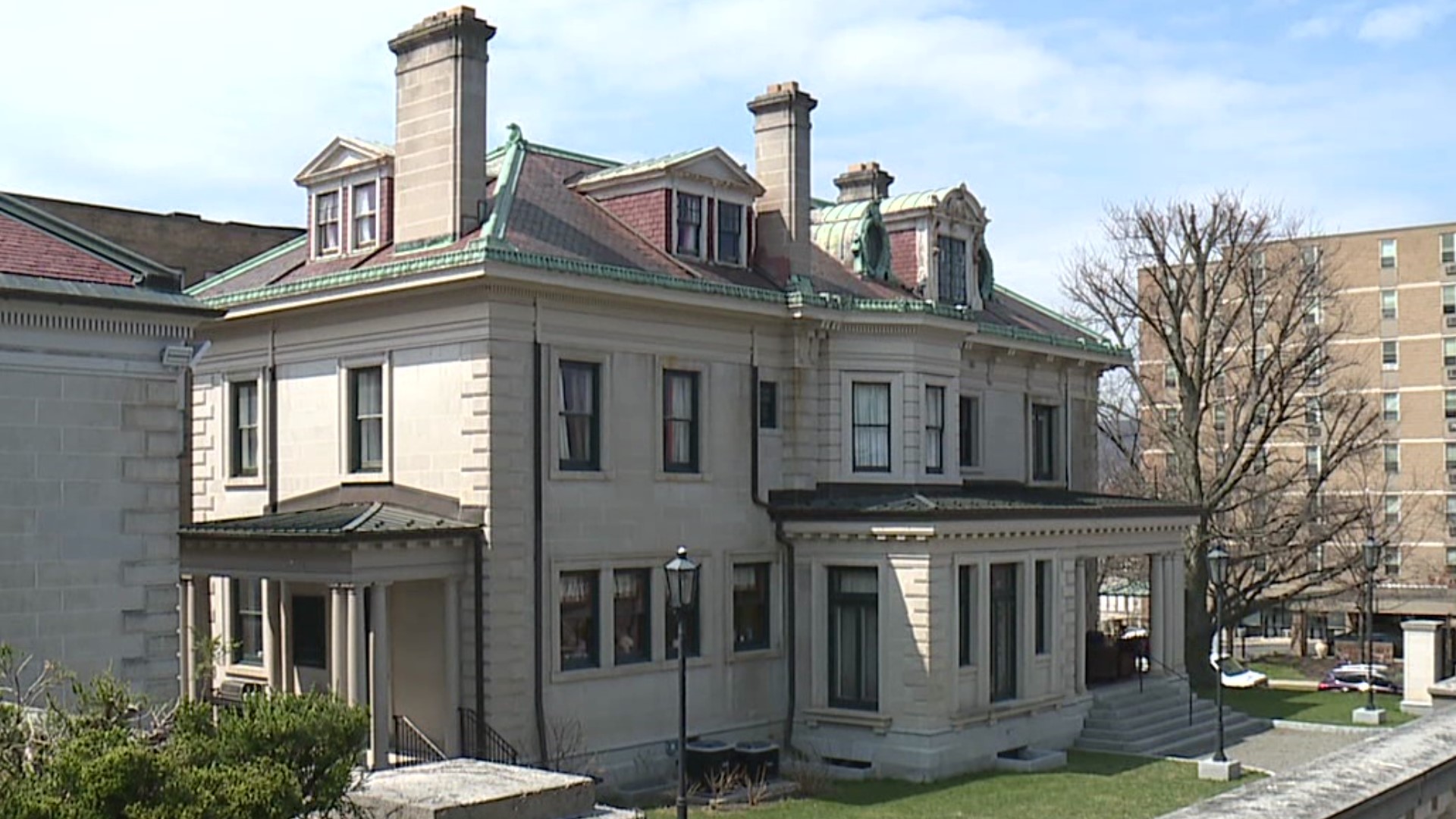 SCRANTON, Pa. — A new family moved into the home Charles Sumner Woolworth built on Jefferson Avenue in Scranton in 1910.

What was once a relic of Scranton's past is now home to a mom and dad and three young kids.

But, the Weiss family has big plans for the property.

Yoel Weiss took Newswatch 16 on a tour of the 120-year-old estate he purchased from New York-based artist Hunt Slonem.

"Hunt enjoys restoring old stuff. It's his passion; it's his hobby. So, to him, once it's done, he wants the next endeavor, and he's on to something three, four times the size," Weiss said.

Weiss moved his family to Scranton two years ago. His wife admired the property then, but they never planned on owning it.

"My wife wanted this house the first time she set eyes on it two years ago, and I told her it's never going to happen, so dream on. And I guess her dream came true!" he said.

That dream got even bigger.

He plans to make it a center for the Jewish community in the Hill Section of Scranton, which he'll call the Weiss Torah Center.

The courtyard next to the mansion will be open to the public, as well. And Weiss says he plans to pick up where the previous owner left off by restoring the historic home piece by piece.

He's hoping his investment will inspire other families like his to move to Scranton.

"You sometimes need a trend of a certain amount of people coming to an area in order for it to start growing by itself. It's like, you plant a seed and you need to first water it, and once it starts growing, it grows," Weiss said.

And if Yoel Weiss is the seed, he plans to use the Woolworth mansion as his soil.