SCRANTON — After years of construction, the new Harrison Avenue Bridge in Scranton is open to drivers. This is something drivers in Scranton have been wai... 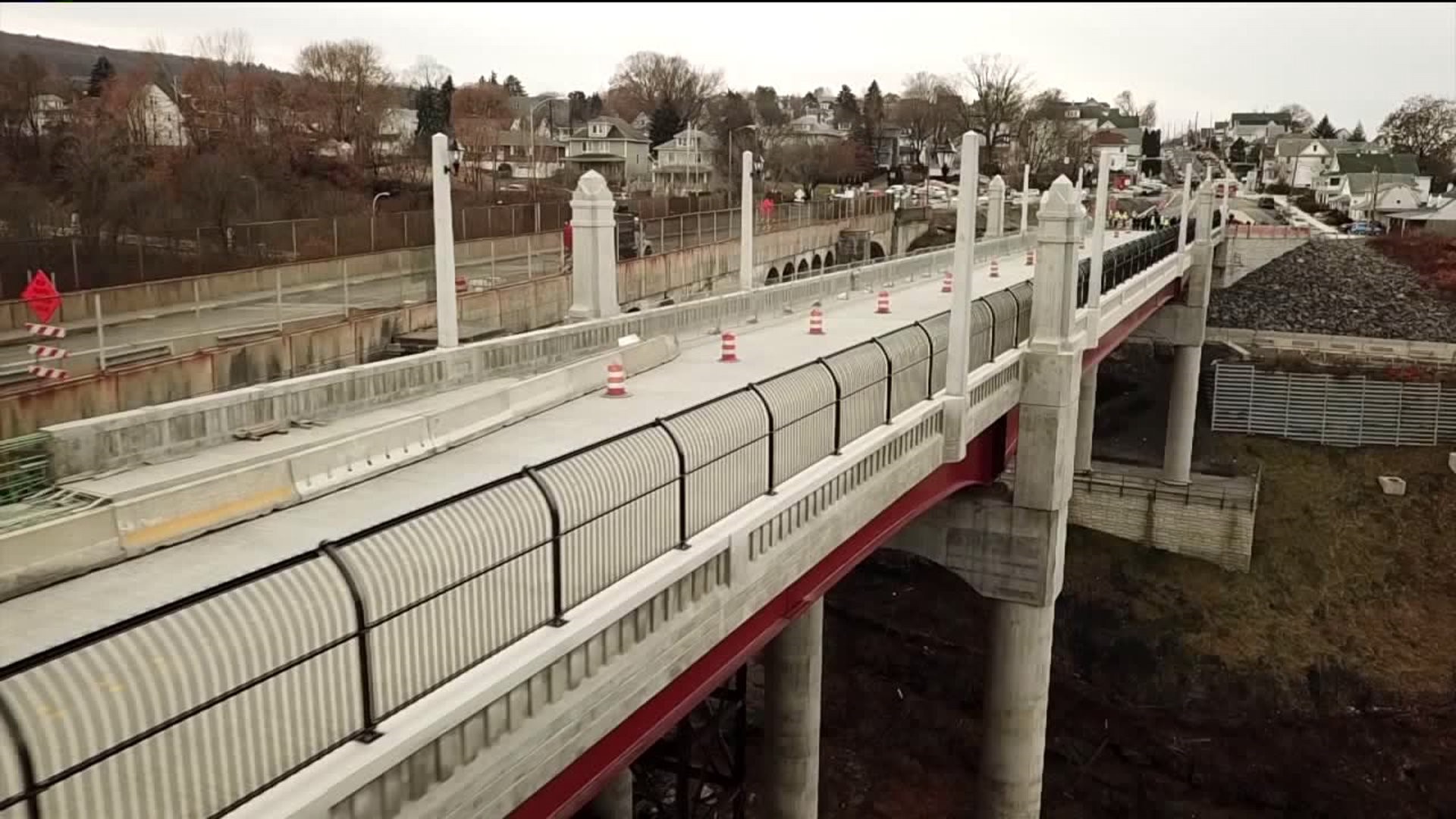 SCRANTON -- After years of construction, the new Harrison Avenue Bridge in Scranton is open to drivers.

This is something drivers in Scranton have been waiting a long time for. This project began back in 2014. This bridge replaces the one directly next to it that is almost 100 years old.

Skycam 16 captured the first cars going over the bridge Friday morning. It was designed to mimic the 1920s art deco style of the old Harrison Avenue Bridge.

The first drivers across the Harrison Avenue Bridge marked the occasion with honks of approval.

'Watching it day by day, month by month, year by year actually, to grow into something and here it is in its final fruition," said resident Mary Kay Maldonato.

This project started in 2014 and would grow to cost PennDOT about $30 million. It replaces a bridge that has a lot of historical significance for Scranton and emotional connections for the people who live here.

"It's a connection to Nay Aug Park, growing up walking up to the pool in the summers. And it's just always been a part of South Side, it's a connection to Marywood where I work. I could have driven this in my sleep, I think, so many times," Maldonato said.

PennDOT officials say you can expect about another year's worth or construction as crews begin to demolish the old Harrison Avenue Bridge and make repairs to the Central Scranton Expressway below.

"It's been a long time, a lot of walking back and forth because the bridge has been closed. I'll be really glad when it's open because we live on that side and my daughter's school is on that side. So, we've done a lot of driving through town taking the extra 15 minutes every morning," Michelle Kelly said.

It's that time saver that has drivers happy. For now, the area is getting back to the beautiful gateway to Scranton it's been for almost a century.

"It's beautiful," Maldonato said. "I love the obelisks and the lanterns, and I like how it's straight now. I was just saying in a few years we won't be able to imagine what the old bridge looked like, it'll just be a way of life again."