SCRANTON, Pa. — Scranton firefighters started using a brand-new fire engine Tuesday in the city’s north end. The new addition is the latest in an ef... 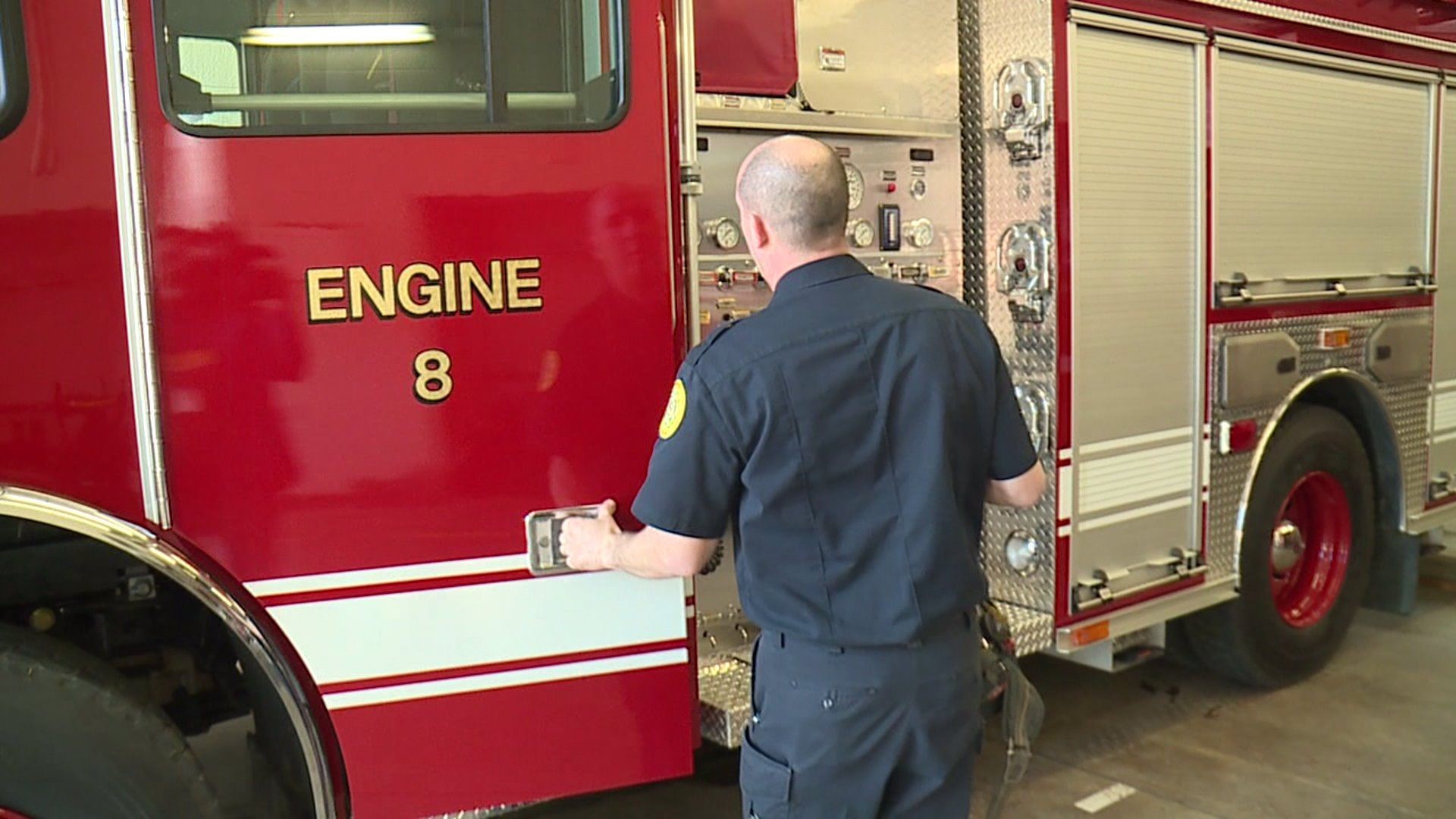 SCRANTON, Pa. -- Scranton firefighters started using a brand-new fire engine Tuesday in the city's north end. The new addition is the latest in an effort to upgrade equipment for the fire department.

Engine 8 housed in north Scranton is the fourth fire engine to be replaced in the city in the past five years.

Scranton firefighters moved their equipment into the new Engine 8. It was equipped with that new fire engine smell.

Lt. David Applegate has worked out of Engine 8 on West Market Street for almost half of his firefighter career. This, he says, is an upgrade.

"When I first started, there were some that were in pretty bad shape. And now, with the newer ones, having a newer fleet, it's nice to see, the pride is back," said Lt. Applegate.

This is the last of Scranton's four fire engines to be replaced in recent years. The old Engine 8, purchased by the department in 1996, will be a backup engine.

"It's probably awesome to drive, like a spaceship to a Model T," said Scranton Fire Chief Pat DeSarno.

The chief says the investment in new apparatus means both his firefighters and the public are safer.

"The people of the north end, the people of the city of Scranton, can be confident now that they have all viable pieces. Now, when our equipment gets there, it's going to work. We're going to get our people there safely and more efficiently. That's the key," said the chief.

The Scranton Fire Department is waiting on one more new piece of equipment -- a trailer that will help them fill up their air tanks when they're on the scene of a fire.

"We need to have air there. We can't afford to have guys not have air or have people shuttling air to us. We need an on-scene air replacement bottle filling station," said Chief DeSarno.

The new engine and the air tank trailer finish up a capital improvement project for the fire department. Mayor Bill Courtright says about $4 million has been spent to replace vehicles and renovate firehouses.

"We want to have a capital improvement plan for all of our departments, and this is what we did for the fire department. As you can see, we renovated just about every single firehouse we have in the city of Scranton, so to just let it deteriorate until it becomes an emergency, we don't want to do that anymore. We want to keep up with the equipment, keep up with the buildings, and be progressive," said Mayor Courtright.