SCRANTON, Pa. — A piece of Scranton nostalgia reopened Wednesday, at least in name. A new Charl-Mont restaurant had its first day inside its former home, ... 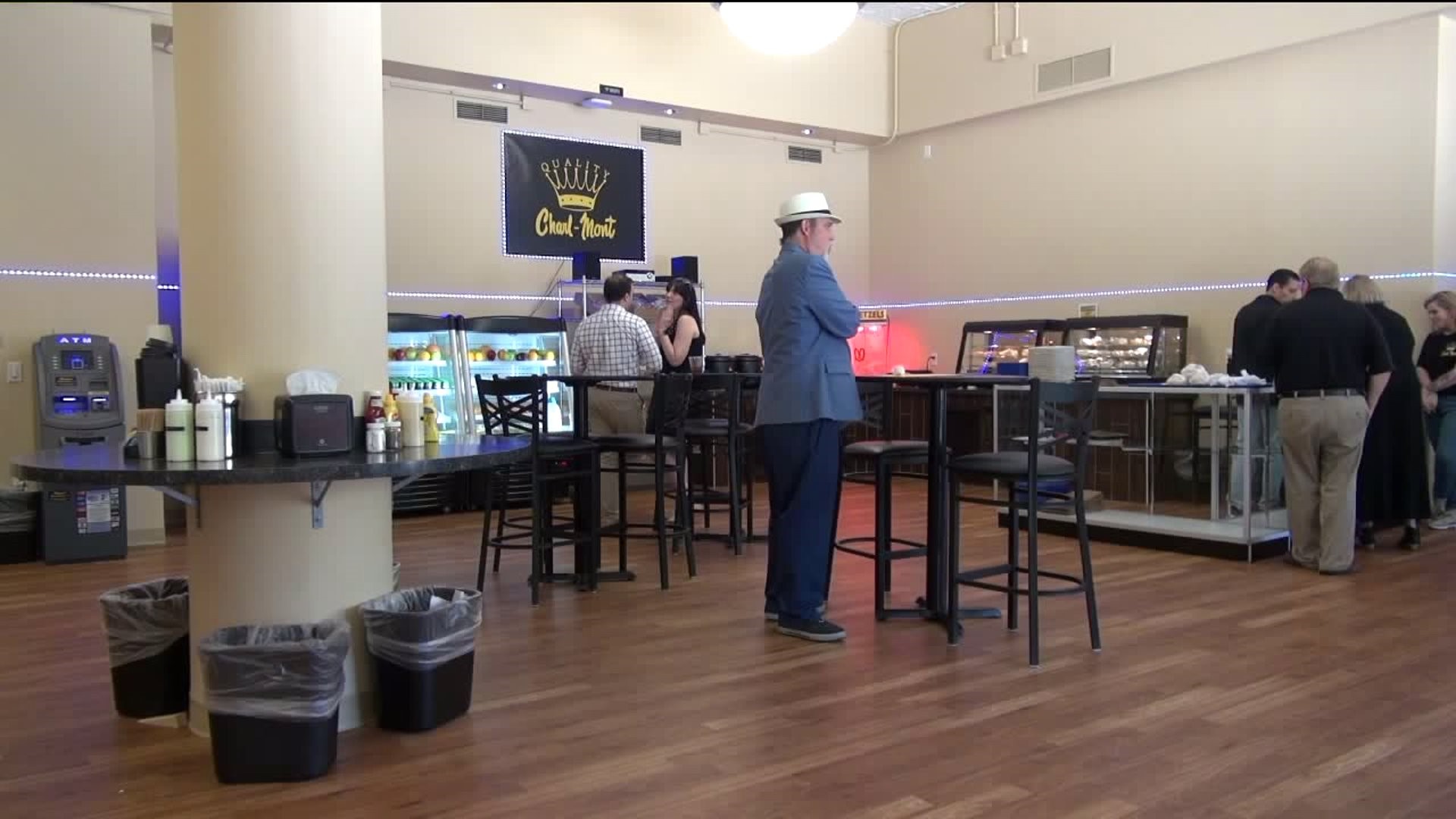 SCRANTON, Pa. -- A piece of Scranton nostalgia reopened Wednesday, at least in name.

A new Charl-Mont restaurant had its first day inside its former home, the Globe in downtown Scranton.

Lackawanna County government moved most of its offices to the former Globe store back in January.

The county commissioners hoped to create a space where the hundreds of employees who work there could grab breakfast or lunch, so the reimagined Charl-Mont was born.

Scranton's Globe store is now the Lackawanna County Government Center, but the name of the department store's old restaurant lives on, thanks to Gino Majewski, the county's sole bidder on a proposal to open a restaurant inside the government center.

The new Charl-Mont is a much more casual spot meant for county employees, or folks off the street, who want a quick breakfast or lunch.

It was important to county commissioners that the old name and logo remain.

"As soon as we knew we were absolutely going to buy the building, I had our solicitor Don Frederickson look to see who owns the rights to the name Charl-Mont and the rights to the crown that you see behind us. Lo, and behold, nobody owned it. We actually took the name and the crown as part of Lackawanna County Government," said Lackawanna County Commissioner Pat O'Malley.

Majewski leases the name from the county for $1 a year. He and his employees will be here when the Globe building is open for county business.

The Charl-Mont's famous roast beef is not on the menu, but the staff promises fresh food and fast service a sign of the times, they say.

"When you want to grab something, it's like, let's grab it quick. I notice that from my own daughter. It's fast and then they're back to doing what they're doing. You know, we have less time today than we used to in the past," Majewski added.

The owner of the new Charl-Mont says he's also offering a to-go dinner option for county employees, but the restaurant is open to everyone here on Wyoming Avenue.