SCRANTON, Pa. — The banners for La Festa Italiana have come down and some brand new banners have gone up in downtown Scranton. “It added a cohesive ... 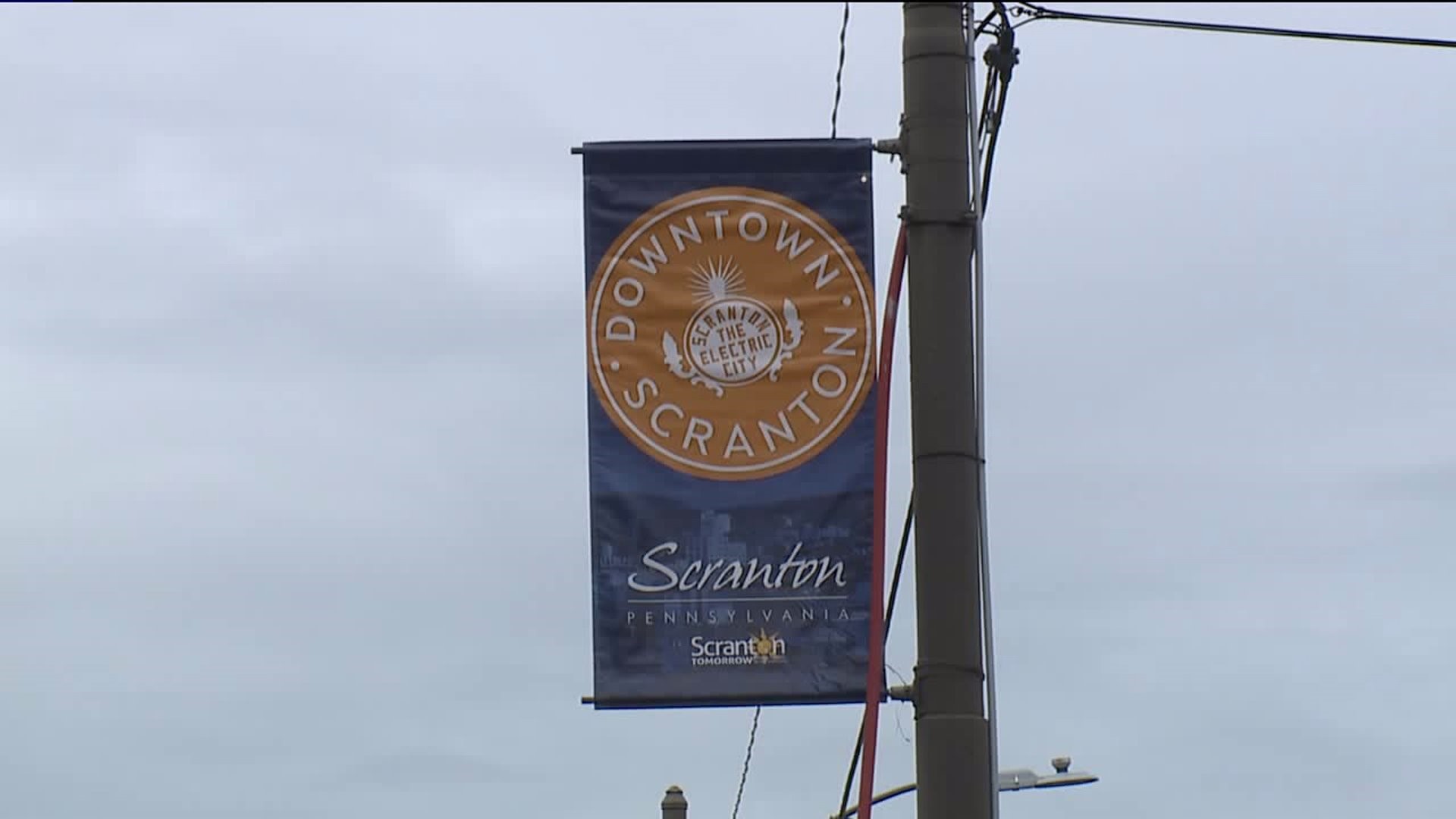 SCRANTON, Pa. -- The banners for La Festa Italiana have come down and some brand new banners have gone up in downtown Scranton.

"It added a cohesive look. It kind of got rid of the dingier banners that were kind of falling apart," said Liz Baldi of Scranton Tomorrow.

It's part of an effort by the organization Scranton Tomorrow to promote the downtown business district.

"Bring more people downtown into the shops, into the restaurants," Baldi said. "We really want to make downtown a really welcoming, exciting, safe and happy place to be."

That's a goal Renato Luongo who owns Abe's Deli on North Washington Avenue can get behind.

"Anything that promotes business, small businesses, downtown is going to help, anything that they do," Luongo said.

Bill Sheakoski owns Pizza by Pappa's just down the street from Abe's Deli. As he and his employees prepare for the busy Friday night pizza rush, Sheakoski says the more, the merrier.

"I will never say no to business. The public has always been nice, and I just want it to keep going," said Sheakoski.

Scranton Tomorrow plans to add 140 more banners over the course of the next few months. The hope is to fill the entire downtown.

"We intend to go all the way out through the gateways into the downtown, kind of as a welcome to Scranton as you're coming in and a thank you as you're leaving," Baldi explained.

"I think that definitely does something to bring the community together. It's nice even having more decorations downtown. I think all that stuff helps," added Luongo.