SCRANTON, Pa. — A fire leveled an abandoned house and spread to the home next door on Wheeler Avenue in Scranton. Now, neighbors, both young and old, have... 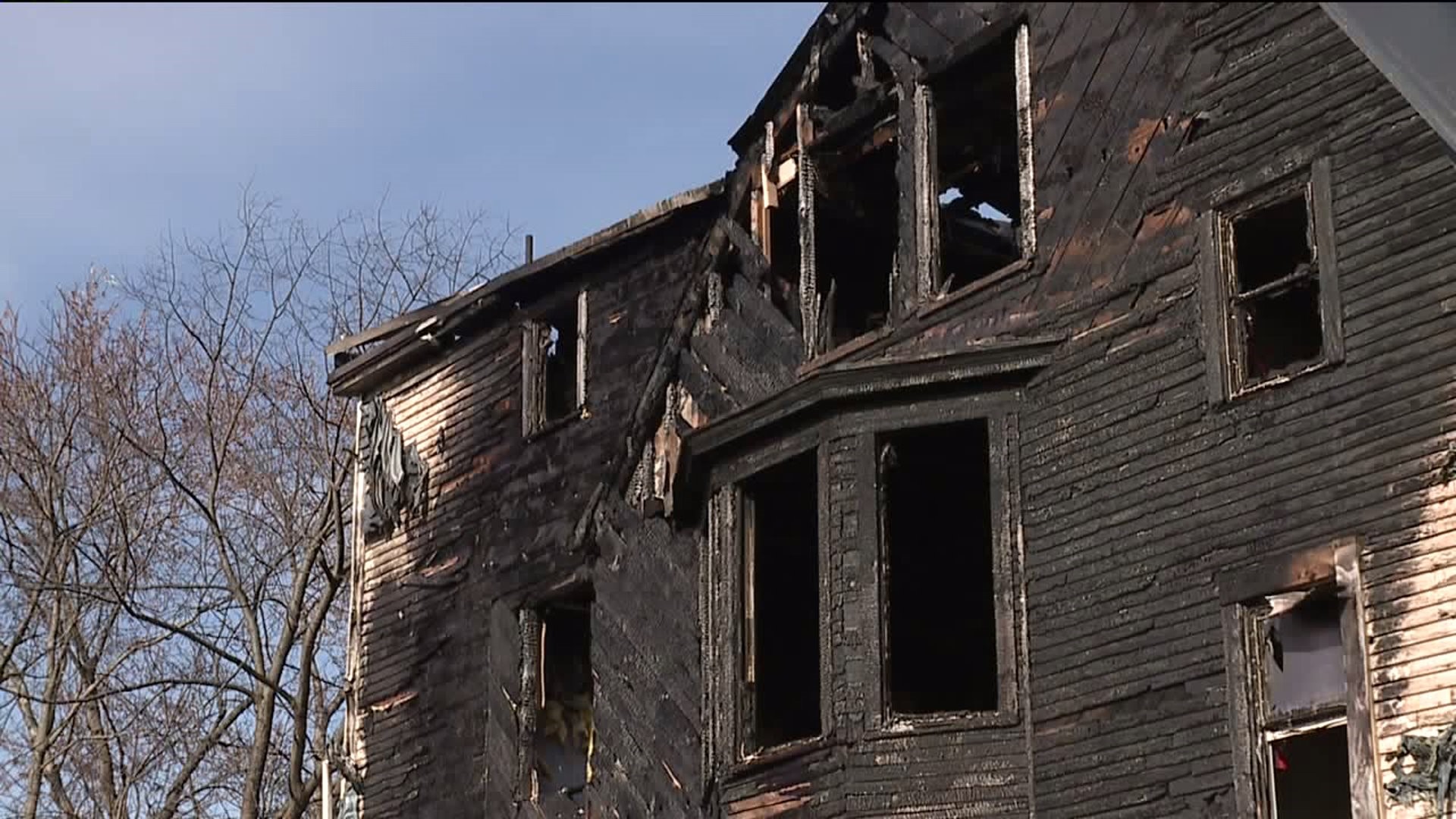 SCRANTON, Pa. -- A fire leveled an abandoned house and spread to the home next door on Wheeler Avenue in Scranton. Now, neighbors, both young and old, have stepped up to help the family affected.

Two parents and their 11-year-old daughter made it out of the home unharmed, but the little girl lost her cat in the fire.

"It was scary," said Patty Beck, a friend of the family. "Michael Anne was sitting across the street, watching her childhood home burn."

Beck says the homeowners were hopeful to rebuild their house despite the exterior damage. Saturday afternoon, they got inside the house, and after seeing the interior damage, they aren't sure that will be possible.

Now Beck is spearheading some fundraisers to benefit the Osbornes. She's collecting gift cards and has also set up a GoFundMe page.

"Our initial goal for the GoFundMe was $5,000. We raised four thousand in less than 24 hours," Beck said.

Beck is most proud of her own daughters, who have also decided to help. They are Michael Anne Osborne's teammates at "Girls on the Run," a non-profit group that teaches young girls about self-awareness and healthy living.

The entire team has decided to hold a bake sale and sell hair scrunchies at their end of season 5K race. All proceeds will benefit Michael Anne and her family.

" With all of the fires locally lately, we've had a lot of talks with our kids about what to do, and now they are learning what to do to help someone in need," Beck added.

The fundraiser is November 23 at Scranton High School.

Scranton fire officials are still investigating the cause of the fire.