The small craft crash-landed in a Moosic neighborhood, knocking out power and startling residents. 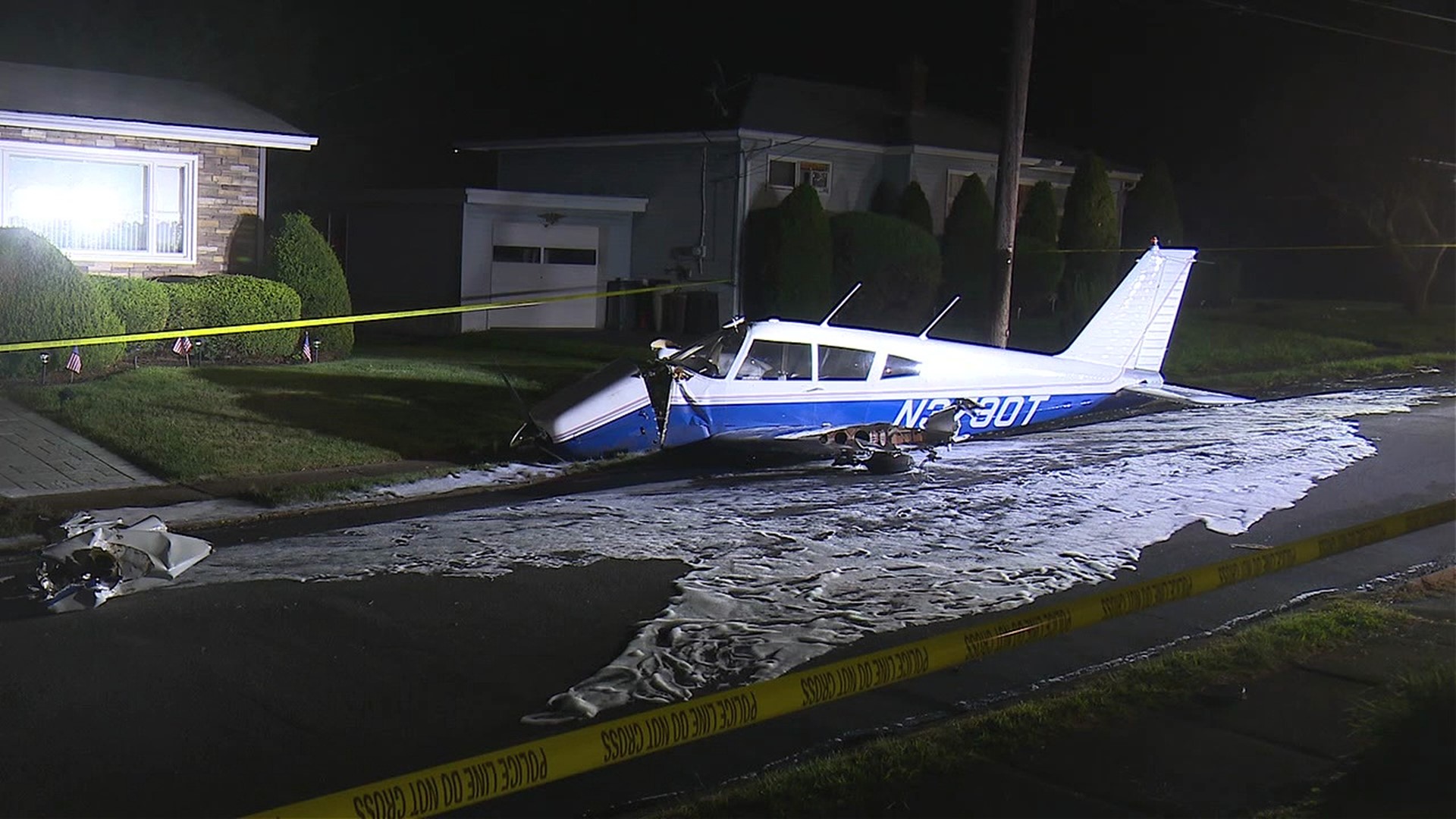 MOOSIC, Pa. — Neighbors are still shaken up after a plane crashed near their homes in Moosic Sunday night.

Almost 24 hours later and there's barely a trace of that plane crash — no caution tape, no fire trucks, no crowd of neighbors, and no plane.

"And then we saw the plane, and this is insane," said Molly Abdalla.

Chad Hoskins and his son Tyler pulled one of the people on board away from the wreck.

"He seemed pretty calm. He was joking around and stuff too, especially the one, he was like, 'You're doing great, we're survivors,'" said Tyler Hoskins.

Neighbor Molly Abdalla heard the commotion and rushed outside to help.

"The lights started flickering; they stayed off. And then I heard yelling outside."

The pilot and passenger were both taken to the hospital with non-life-threatening injuries, according to Moosic police.

The consensus by emergency officials and people who live on this block - it could have been much worse.

"There was actually a part of the wing right here, that my sister's car, if she wasn't gone, would've hit," Tyler Hoskins said.

"It's about the fourth plane crash in the area in my life, living near the airport," said Robert Davis, who returned to where the plane crashed the next morning and picked up what was left behind.

Meanwhile, Riverside High School senior Tyler Hoskins faced an unusual challenge to an already unusual school routine. The plane struck a telephone pole right in front of his house, leaving him and his two siblings, who are also in online school, without power.

"My computer that I'm working on is charged for about two more hours, so I'm pretty much going to be in school for two more hours then I'm done.

"We're still shaken up a bit. Everyone's just like, I don't even know, we're just all huddled together as a family, and we're just all being there for each other," said Hoskins.

The FAA is investigating what caused the crash.

Power is back on for everyone in this neighborhood.