CARBONDALE — Investigators in Lackawanna County are looking into a case of child abuse after a three-month-old girl was hospitalized with broken ribs. Car... 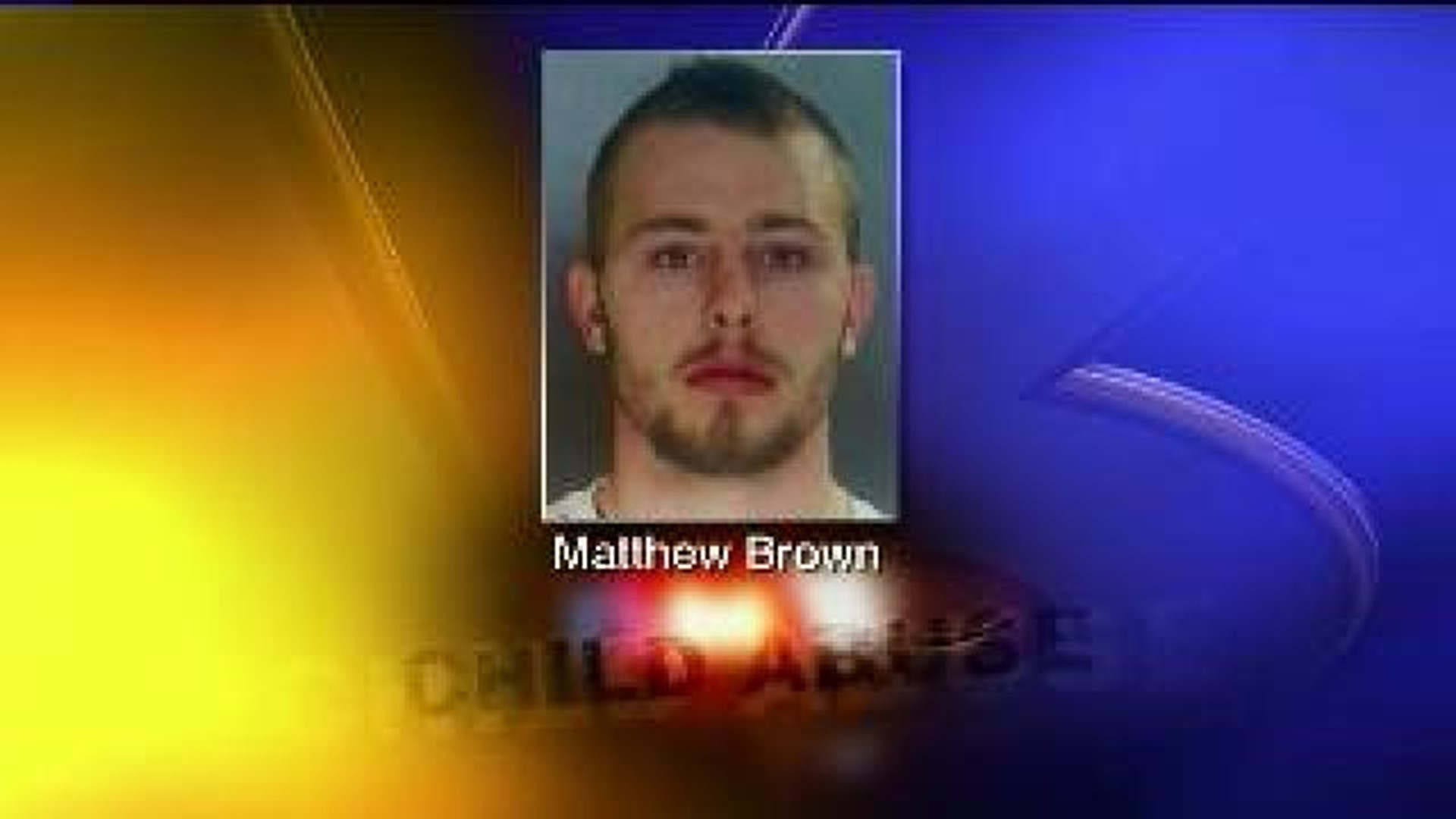 CARBONDALE -- Investigators in Lackawanna County are looking into a case of child abuse after a three-month-old girl was hospitalized with broken ribs.

Carbondale police said her father is locked up.

Matthew Brown, 22, is behind bars facing some serious allegations of child abuse.

Investigators accuse Brown of breaking his three month old daughter`s ribs inside an apartment at a complex in Carbondale.

Brown`s neighbors were visibly upset with the news.

“It`s not right, if you can`t handle it, walk away, don`t take it out on the baby,” said Noel Priest.

Carbondale police said Brown told police he was alone with the infant Sunday evening into Monday morning while the child's mother was at work.

He said the baby “wouldn`t stop crying” and he got “frustrated” and “squeezed the infant tightly until she made a horrible gasping noise.”

According to police the mother told them she had just started a new job with an overnight shift beginning Sunday evening and ending Monday morning. When she returned home Monday morning, she noticed the baby was breathing funny and acting fussy, that`s when she contacted the family doctor.

Police said the girl was flown to Geisinger Children`s Hospital in Danville in critical condition with broken ribs and lung injuries.

One neighbor said she saw Children and Youth Services at the apartment complex talking to Brown and the child`s mother.

“The lady came and was knocking on the door, and the guy came back upstairs, he was like yeah you`re from Children and Youth and they came to talk to her.”

Many of Brown`s neighbors have children themselves and said violence towards children is never acceptable.

“Whether the baby sleeps one hour or two hours you should not to that to your child, it's a disgrace,” said Dawn Jones.

Carbondale police said this is an ongoing investigation with the Lackawanna County District Attorney’s office and Children and Youth Services, and more charges could be filed.