The Lackawanna County coroner says the body of a man was found at the burnt home. 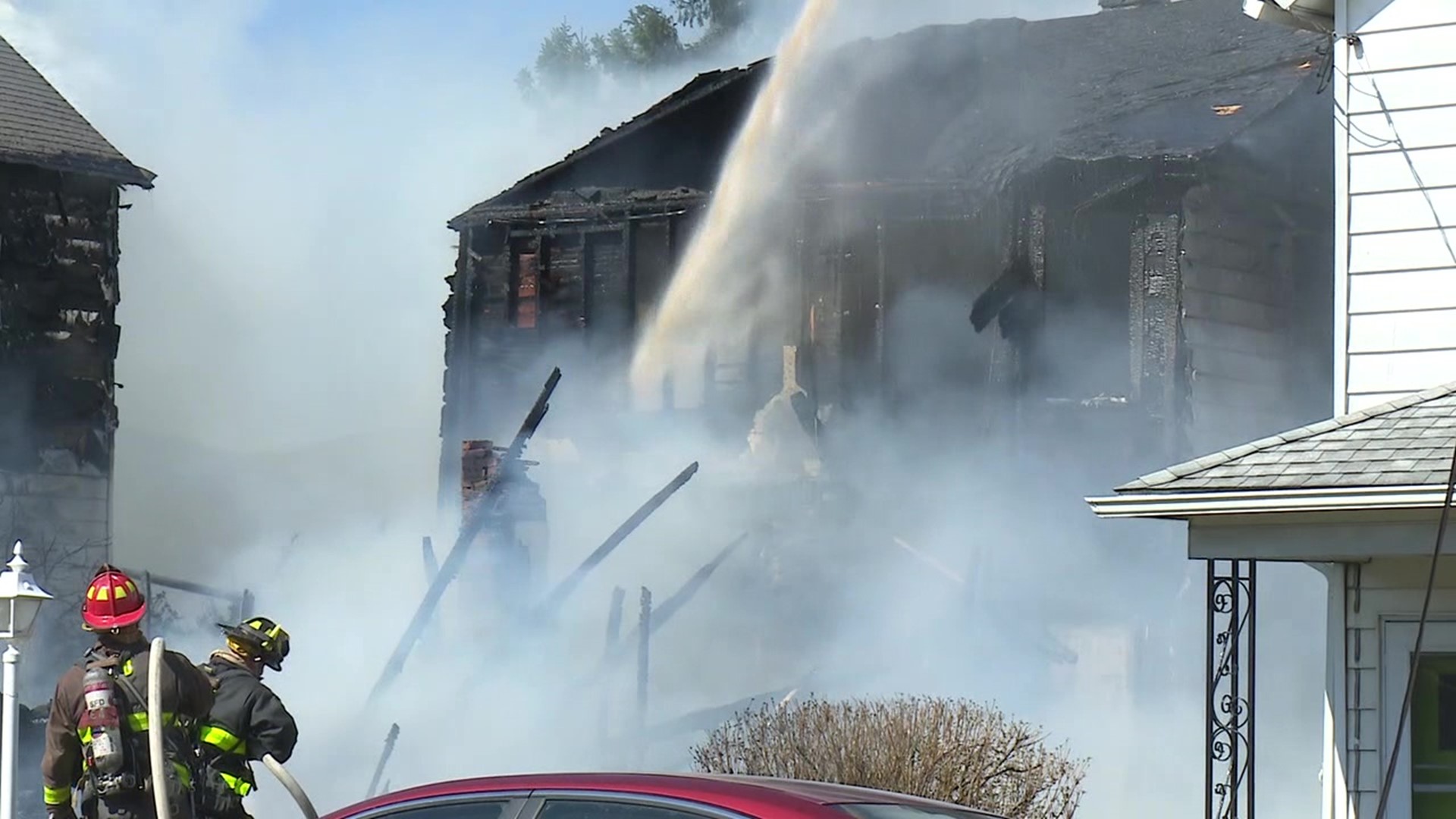 SCRANTON, Pa. — As dusk fell and the smoke cleared, all that remained of the house in the 1400 block of Amherst Street was the partial structure of the home.

That house in west Scranton was turned into a massive inferno after fire crews responded to a reported house explosion just before 3 p.m. on Thursday.

Despite the best efforts, the fire was too strong and reduced the home to rubble within the hour.

The Lackawanna County coroner says the body of a man was found at the home.

Neighbor Matt Beekman had worried there were people inside and ran over to help, but there was nothing he could do.

“You could not get more than a few feet to the sidewalk; it was just that hot,” said Beekman.

Neighbor Chris Williams came outside when she heard what sounded like snapping wood.

“The house is collapsing. So, at first, it was just the front of the porch, and then by the time we got downstairs, the whole entire house was engulfed,” said Williams.

Fire crews tried to protect the neighboring houses, but with the flames being so close, they too sustained damage.

The fire chief says one of the neighboring homes will not be able to be lived in until extensive repair work is done.

The other neighboring home does not have as much damage, and the residents could return sooner.

For neighbors in this west side community, this is a tragedy that won't be soon forgotten.

“I'm really shaken up over it. Just by seeing the neighbor's faces and them yelling 'please there's people inside, please help, do something, anybody, somebody,'” said Beekman.

The fire chief says the cause of the fire is under investigation as it's not yet known if it was an explosion that caused the blaze.