Neighborhood in Lackawanna County Cleared Out by Gas Line Break

MOOSIC, Pa. — Crews evacuated several homes and a day care center in a neighborhood in Lackawanna County because of a natural gas line break. 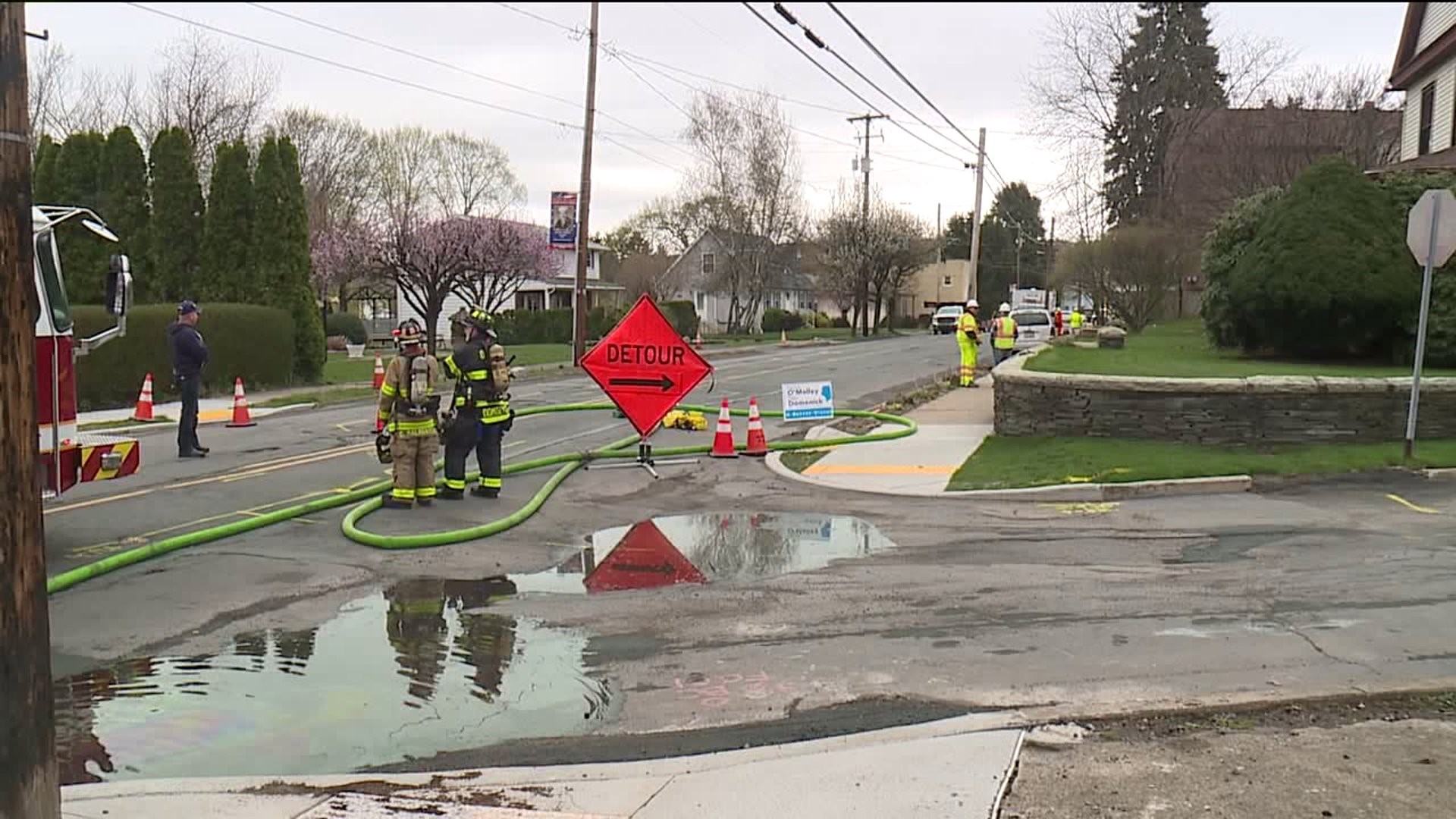 A gas line was struck on Main St. in Moosic. UGI is here, FFs evacuated about a dozen homes & businesses including a day care. No one hurt. @wnep pic.twitter.com/9p1fjNGuW1

MOOSIC, Pa. -- Crews evacuated several homes and a day care center in a neighborhood in Lackawanna County because of a natural gas line break.

Crews working on the road broke the line around 10:20 a.m. Thursday near the intersection of Main and Walnut Streets in Moosic.

Firefighters say about 25 buildings were evacuated. We're told everyone got out safely.

The hiss of natural gas leaking from Main Street in Moosic was the first thing neighbors heard, then firefighters going door to door.

"All I heard was a pounding on my door, and the fire department was there, they said, 'evacuate, evacuate, evacuate,'" Hank Zakoski recalled. "I thought it was a fire, then I found out it's the gas leak. So, we evacuated, it's been about two hours right now and they still haven't finished fixing the gas leak, so I don't know what's going to happen."

About two dozen homes and businesses in this part of lower Moosic were evacuated including a day care. Close to 30 kids were picked up by their parents.

It was all a precaution as UGI went to work fixing the broken gas line.

"They were saw-cutting for the holes, so they can dig them to replace the lines underneath. We were going up the road and we got to that area and I guess the saw went too deep," said John Hill.

Hill was taking care of traffic control as a contractor hired by UGI was cutting the road, then Hill heard the hiss himself.

"It's about 200 pounds of pressure coming out of the ground. It was shooting up in the air, you could see it, probably shooting about 5, 10 feet up in the air."

As another precaution, PPL cut power to the area.

Berlew's Hoagies on Main Street was preparing for a very busy holiday weekend and had to rely on generator power.

"We were working for the past two days to get ready for it. we Have a lot of stuff, we definitely had to get a generator in here and get our coolers fired up so we can open up tomorrow, too," said Eugene Prusinski.

Still, several hours without power or away from home was worth it for Hank Zakoski. He says it definitely could have been worse.