Nay Aug Park in Scranton Closing a Pool, Getting Lighting

SCRANTON, Pa. — It’s hard to imagine that summer is approaching when we’ve been dealing with snow and sleet for much of the day, but workers w... 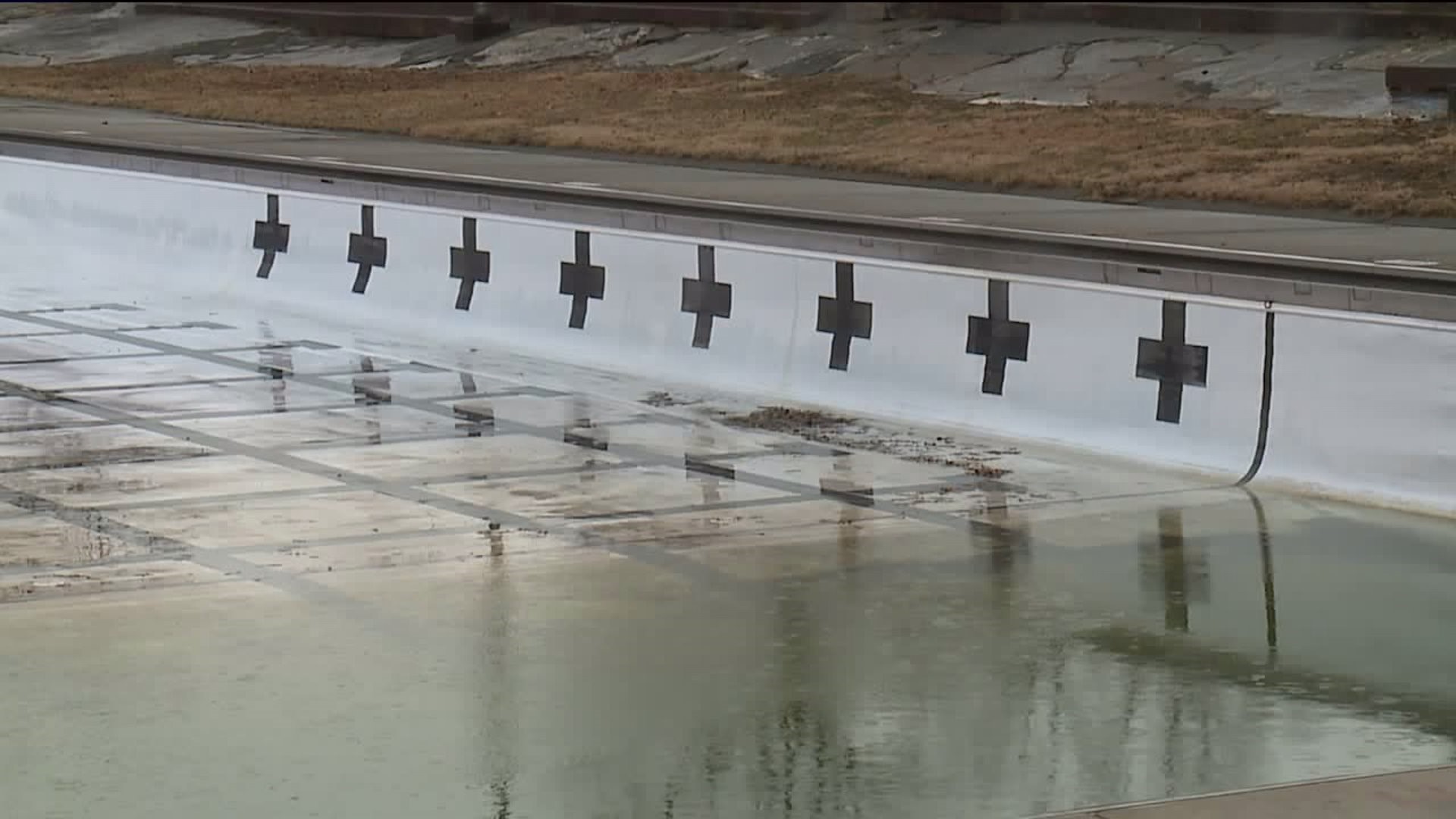 SCRANTON, Pa. -- It's hard to imagine that summer is approaching when we've been dealing with snow and sleet for much of the day, but workers were getting the Nay Aug Pool complex ready for the season. They're only opening one of the two pools this summer.

Joanne Davis of Scranton has worked and played at Nay Aug Park since she was a child. She may know better than anyone what's changed here over the years.

"It used to be bumper to bumper, I remember it well. but, it's great to see improvements made all the time," Davis said.

Davis and many neighbors of Nay Aug are encouraged by changes planned for the park this summer.

Workers were at the park's pool complex dropping off chemicals for the upcoming season, but the city will only treat one of the two pools this summer.

The pool with the slides will stay open. The other, which city officials say has been leaking for years, will eventually be filled in.

"On the upside, if there is an upside, they're going to allow free swimming in the other pool one day a week. And we had issues over the last several years of getting lifeguards. Some of the other pools, Connell Park or Weston Park maybe, couldn't be open because we didn't have enough lifeguards. This will free up some lifeguards so those other pools can be open," said Scranton Mayor Bill Courtright.

Mayor Courtright says there are long-term plans to put a splash park over the closed pool.

The city's recreation authority also voted to put handicapped parking spaces next to the Wenzel Treehouse and to make the road that goes past it one way.

The authority also OK'd a $300,000 gift from the park's neighbor Geisinger Community Medical Center to install lighting in part of the park.

"I support them in their decision to do that," Davis said. "I think it'll enhance the area a little bit over there, make it a little safer and for the CMC as well, for the Geisinger."

Others think that Geisinger should be doing more to support Nay Aug since hospital employees use dozens of parking spaces there for free.