SCRANTON — If you follow any National Parks on Twitter, including two sites in our area, you may have noticed they were quiet this weekend. It’s bec... 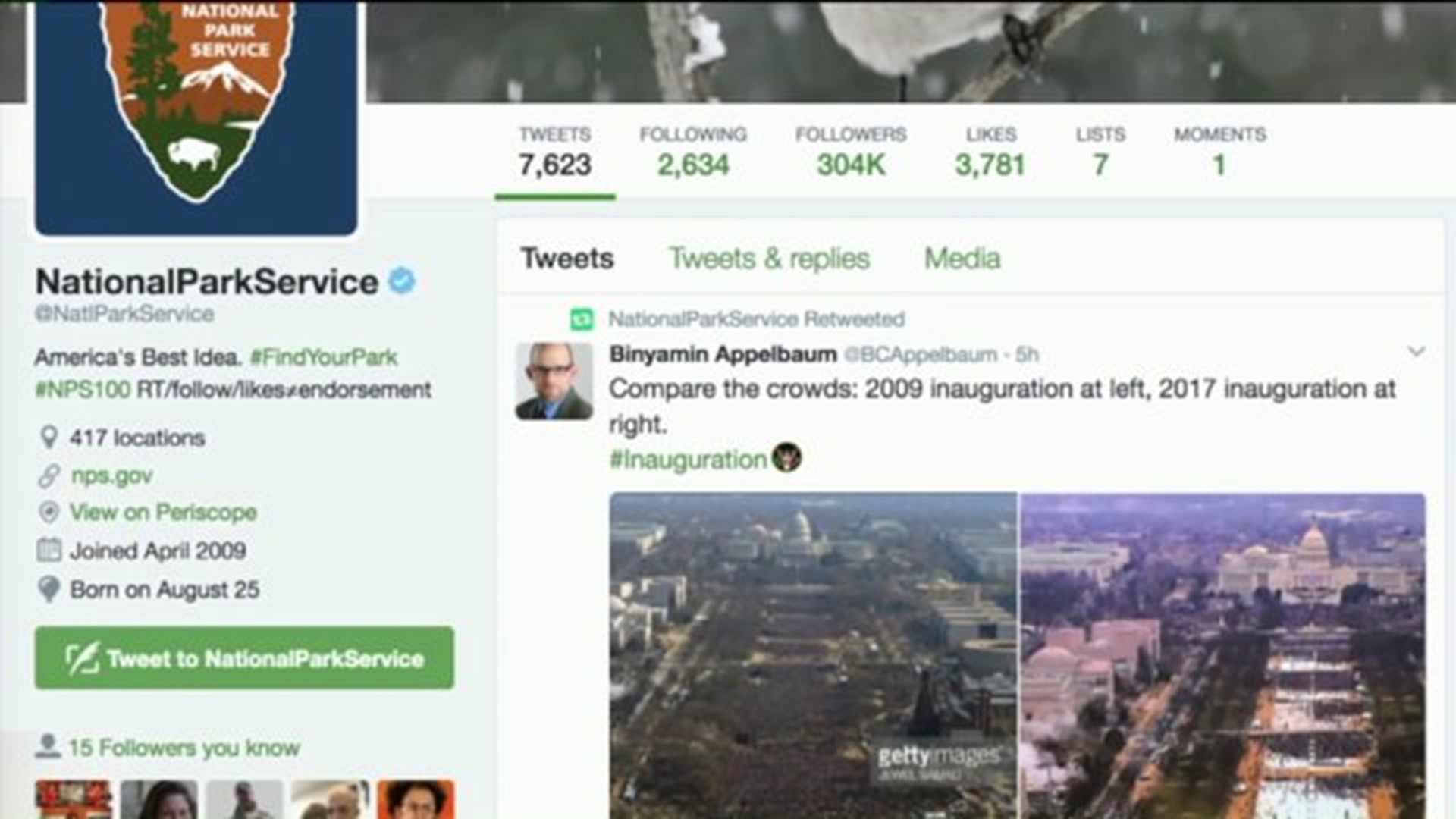 SCRANTON -- If you follow any National Parks on Twitter, including two sites in our area, you may have noticed they were quiet this weekend. It's because of controversial posts on Inauguration Day.

The Steamtown National Historic Site in Scranton hadn't tweeted to its few hundred followers since the day before President Trump's inauguration.

The Department of the Interior, which oversees the National Park Service, shut down all Twitter accounts after someone retweeted a comparison of inauguration crowds this year and back in 2009.

It's usually slow this time of year at the Steamtown National Historic Site in Scranton. Perhaps it's the weather, but workers still make an effort to attract visitors. That includes posting to Twitter inviting folks to take a tour of the locomotive shop.

"Ours is pretty basic, trying to reach different audiences and we're trying to share messages about what's happening in the park," said Superintendent Debbie Conway.

There are policies in place to try to ensure the Steamtown Twitter account doesn't come under fire for posting something it shouldn't, much like a retweet from the National Park Service Friday.

The post comparing inauguration crowd sizes led the Department of the Interior to freeze all the Twitter accounts under its control across the country.

"We are required to stay away from partisanship," said Conway. "We work for the executive branch of the government."

"When you're retweeting someone else's information, it can be taken the wrong way, depending who sent the original Tweet," said Steamtown Twitter administrator Tim O'Malley.

O'Malley runs social media and Twitter accounts of the Steamtown National Historic Site in Scranton, and over the weekend, saw a post of a child carrying a sign saying, "I love trains" at the Women's March on Washington and after what happened this weekend, he decided to be careful and not post it.

"You want to be about as positive as you can about everything. You don't take sides in an argument," said O'Malley.

So for now, this Twitter account will stick to sharing railroad history and vintage photos as well as updates on things happening at the national historic site.

"Not much we do on a day to day basis that could be controversial here," O'Malley added.

We regret the mistaken RTs from our account yesterday and look forward to continuing to share the beauty and history of our parks with you pic.twitter.com/mctNNvlrmv