SCRANTON, Pa. — A new mural in the Marketplace at Steamtown is bringing attention to the opioid epidemic and the impact it’s having on families in n... 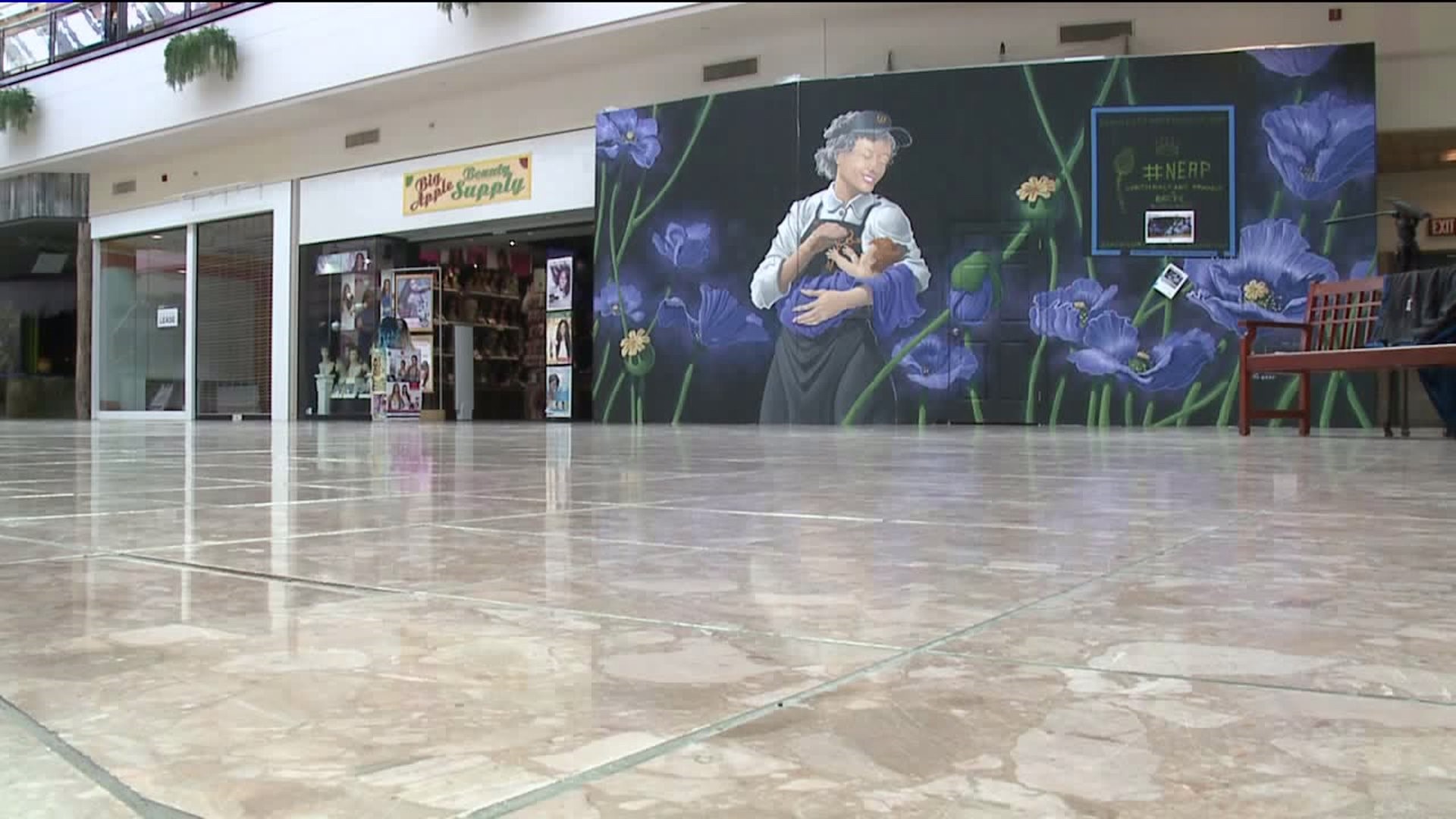 SCRANTON, Pa. -- A new mural in the Marketplace at Steamtown is bringing attention to the opioid epidemic and the impact it's having on families in northeastern Pennsylvania.

Amid the shops and offices inside the Marketplace at Steamtown, a new mural has joined the scene -- colorful purple poppy flowers and a grandmother holding her grandchild.

"This mural was essentially made to raise awareness for the opioid epidemic that is particularly bad in the Scranton area and northeastern Pennsylvania, generally," explained artist Eric Bussart.

Bussart painted the mural as part of the Northeast Art Project. Bussart wanted to convey the story of addiction or overdose when parents sometimes no longer can care for their children and grandparents step in.

"I wanted to raise awareness about the epidemic, but then still show a mural that's about love and generosity."

Dozens, if not hundreds of people, walk by this mural at the Marketplace at Steamtown every day. Many of them tell Newswatch 16 they don't realize the message behind it and the significance it has to this area.

No, we didn't," said Paul Penyak of Blakely. "Now that we know, it's very nice."

"I get the aspect, the way it looks it looks like the grandmother has to work a low-income job just to provide for a family that technically wasn't hers to provide for," said Amanda Turner.

"There is hope. It has been a joy to me, as difficult as it is, it's been a joy," Ferguson said.

Now, Ferguson sees the mural as an inspiration, a way to help others combat the epidemic and cope with some of its harshest realities.

"I feel she was placed in our lives for a reason to carry on where my stepdaughter left off," Ferguson said.

The opioid epidemic mural will stay at the Marketplace at Steamtown until the storefront is filled.