TAYLOR — Members of an American Legion post in Lackawanna County learned they were sharing a building with a colony of honey bees. Instead of calling an e... 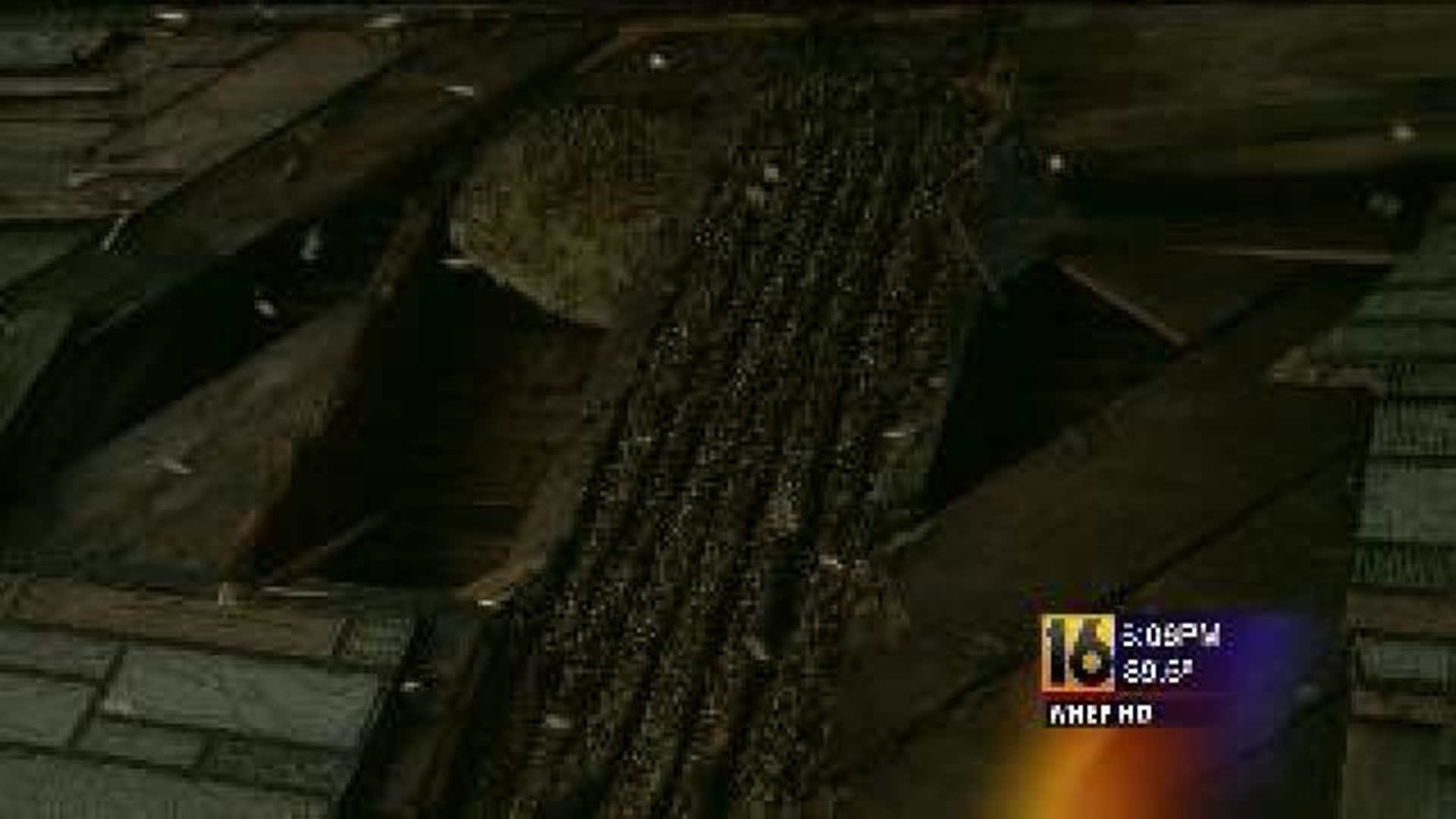 TAYLOR -- Members of an American Legion post in Lackawanna County learned they were sharing a building with a colony of honey bees. Instead of calling an exterminator, they called on a self-proclaimed bee charmer, a man who has gotten much busier as the number of honey bees has declined.

The folks at the American Legion Post 306 in Taylor didn't know how big their bee problem was until beekeeper Chris Maxwell opened up the hive Monday morning and found more than 50,000 bees. it Took the entire day to remove the colony but members of the post agree it was a better alternative than killing the bees.

Christopher Maxwell from the Beltzville area spent most of the day in the scorching heat, hoisted up a story high with 50,000 of his closest friends.

"Yeah, it's a hobby.  People call me, Ehrlich has my number and other people call me when there's a problem like this to remove the bees instead of exterminating because of the loss in the bee population, the honey bee population," Maxwell said.

Maxwell had the task of safely removing a bee colony from the American Legion post. He's been doing this for fun for about five years.

"Have you ever worked with one this big?"
"No, this is the biggest one," Maxwell said.

Members of the American Legion knew they had a bee problem a few weeks ago when the bees started buzzing inside the building but they didn't know how big the problem was until Maxwell started working.

"They were talking about getting an exterminator.  As a gardener I said, 'well, there's a shortage of bees, rather than kill them let's try to save them,'" said Edward Kristoff.

Maxwell will spend several hours cutting up the colony and putting the honey combs into boxes, but before that, he has to find the queen.

"It takes some years of experience because you have 50 to 60,000 bees in a hive and there's only one queen, you kind of have to have an eye for locating the queen."

We let Maxwell look for her using the lens of our Newswatch 16 camera, where he got up close and personal, in a protective suit of course, to a colony that was none too pleased to be heading to a new home. But, Maxwell says it's what's best for them and actually better for the building than extermination.

The honey bee population is shrinking nationally because of a mite that infects the bees. Maxwell says it's becoming common practice for exterminators to refer people to beekeepers if they have a hive on their property.

This colony is on its way to its new home in Carbon County.