MOOSIC — There was a packed movie house on New Year’s Day. Many people showed up to Cinemark in Moosic to unwind with a movie after the holiday hust... 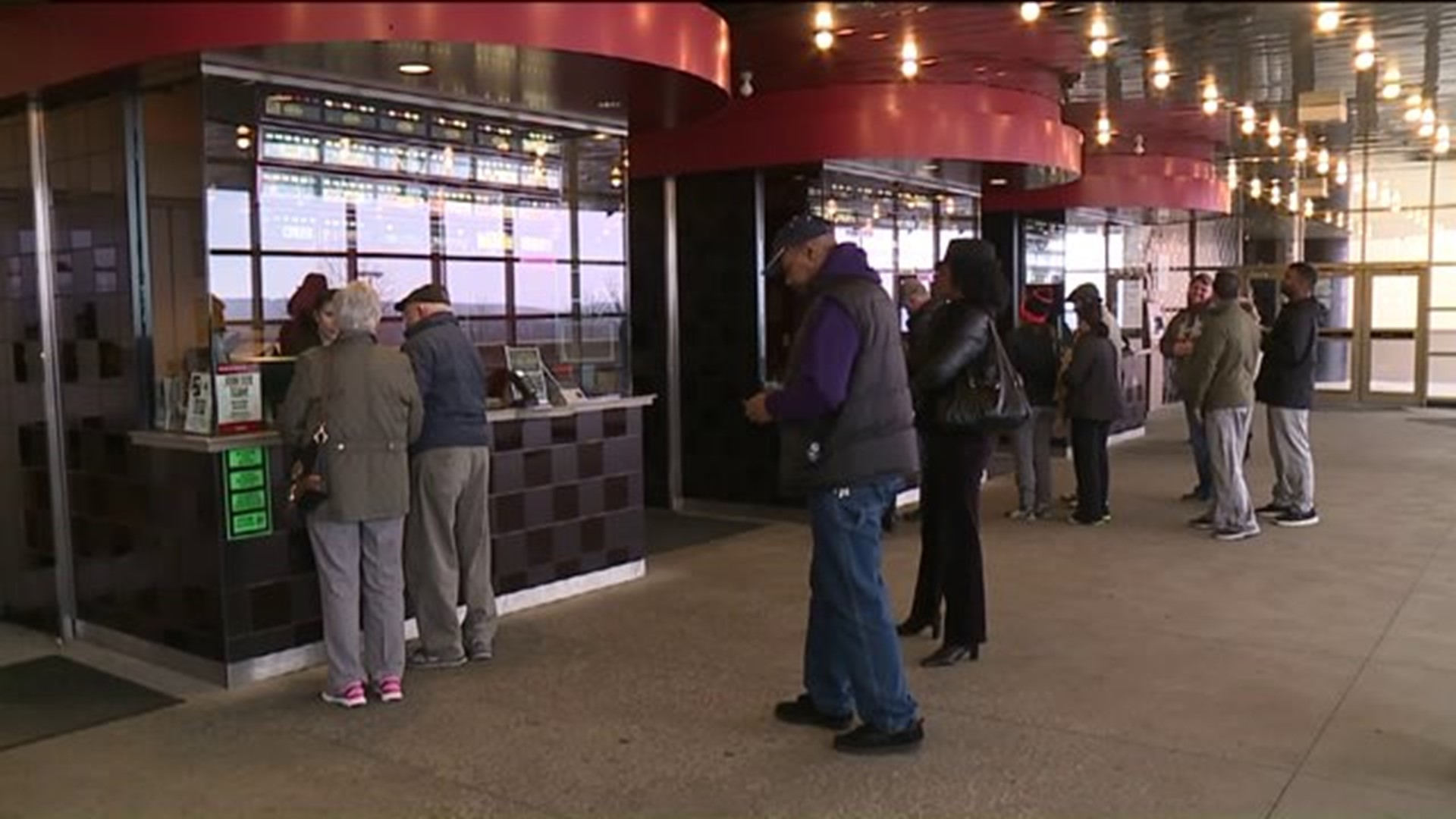 MOOSIC -- There was a packed movie house on New Year's Day.

Many people showed up to Cinemark in Moosic to unwind with a movie after the holiday hustle and bustle.

"People are just looking for something to do. Plus, it's a Friday which is great. You know we get the extra day so that is why I figured we would come out," said Rob Reddington of Hanover Township.

The Reddingtons have been waiting to see the new "Hunger Games" movie.

After finishing the first three parts, they thought New Year's Day would be a perfect time to end the series.

"People and their families come to see a movie and be together and have some fun," said Maggie Reddington.

Many of the people who came to the movies said since it's so chilly outside, it seemed like the perfect day to be inside. Whether you're seeing "Star Wars" or "The Hunger Games," it's nice to get out with family.

"It's kind of back to the, not back to the old day, but just reminding you of the simple things. Like let's get together and go to the movies," said Maura Febbo of Old Forge.

Like many others at the theater, her family was getting ready to see "Star Wars."

"Everyone has been hyped about it for so long. I'm mad I had to wait this long to get here, but I'm with friends so that makes it even more special," said Febbo.

Others tell us they enjoy going to the movies because of the atmosphere and they look forward to what will be on the big screen in 2016.