More Traffic Woes on I-81 in Lackawanna County

MOOSIC, Pa. — Congestion along a stretch of Interstate 81 in Lackawanna County could get even worse. PennDOT is now creating a split traffic pattern on I-... 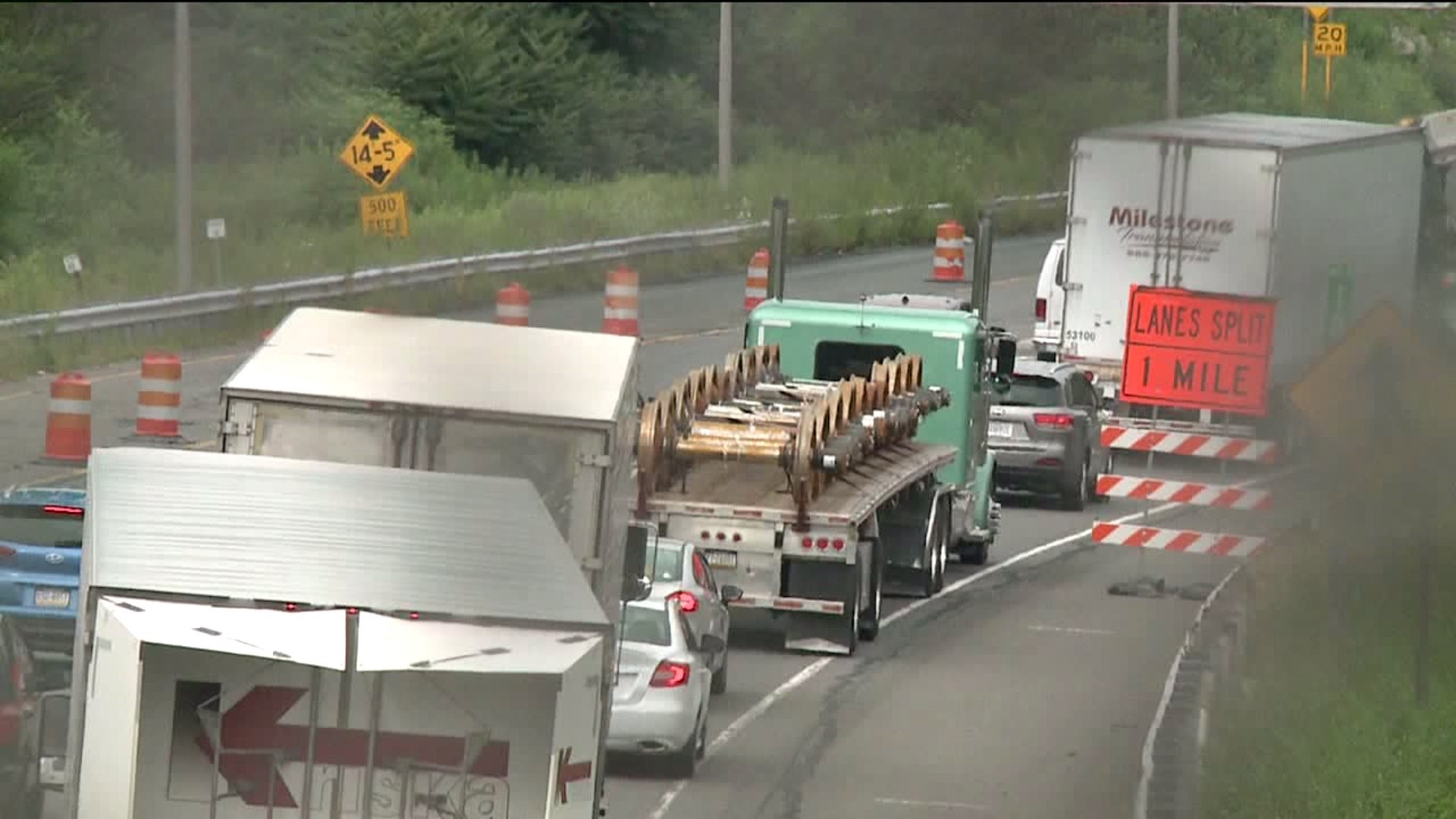 MOOSIC, Pa. -- Congestion along a stretch of Interstate 81 in Lackawanna County could get even worse.

PennDOT is now creating a split traffic pattern on I-81 north between Exit 180 (Moosic) and Exit 182 (Montage Mountain Road/Davis Street).

If you've driven on northbound Interstate 81 between Moosic and Dunmore, there's one thing everyone can agree on.

PennDOT has already split the northbound lanes just past the exit for the Central Scranton Expressway to replace the roadway, and it's causing a lot of stop-and-go traffic.

Starting Tuesday night, crews will be dividing northbound traffic between the Moosic exit and the Davis Street exit.

“On (Interstate) 81 north there will be a split that they're going to put in place tonight. It will stay that way until September, and they do this so they can work in the middle of the road while still maintaining two lanes of traffic,” explained James May, PennDOT spokesperson.

But that's not all. Along with this new split and the existing split, crews plan to put up barriers just north of Exit 182 Wednesday night to divide traffic there, making a total of three splits between Moosic and Dunmore.

“It does get frustrating, especially, it just seems endless. There's always something going on there, so it's definitely tough to deal with for sure,” said Bernie McDonald from Dupont.

Still, people say they understand the roadwork has to be done and they'll just have to deal with the traffic.

“If you anticipate it, you leave earlier in the morning to go to work, and plus, I know about it ahead of time. It's part of life,” said Dave Griffin.

Crews are expected to move traffic into that split pattern from 7 p.m. to 6 a.m. Tuesday night and Wednesday night.