MOOSIC, Pa. — Members of one Lackawanna County neighborhood are calling on two local governments to cooperate and fix their road. When one man felt like h... 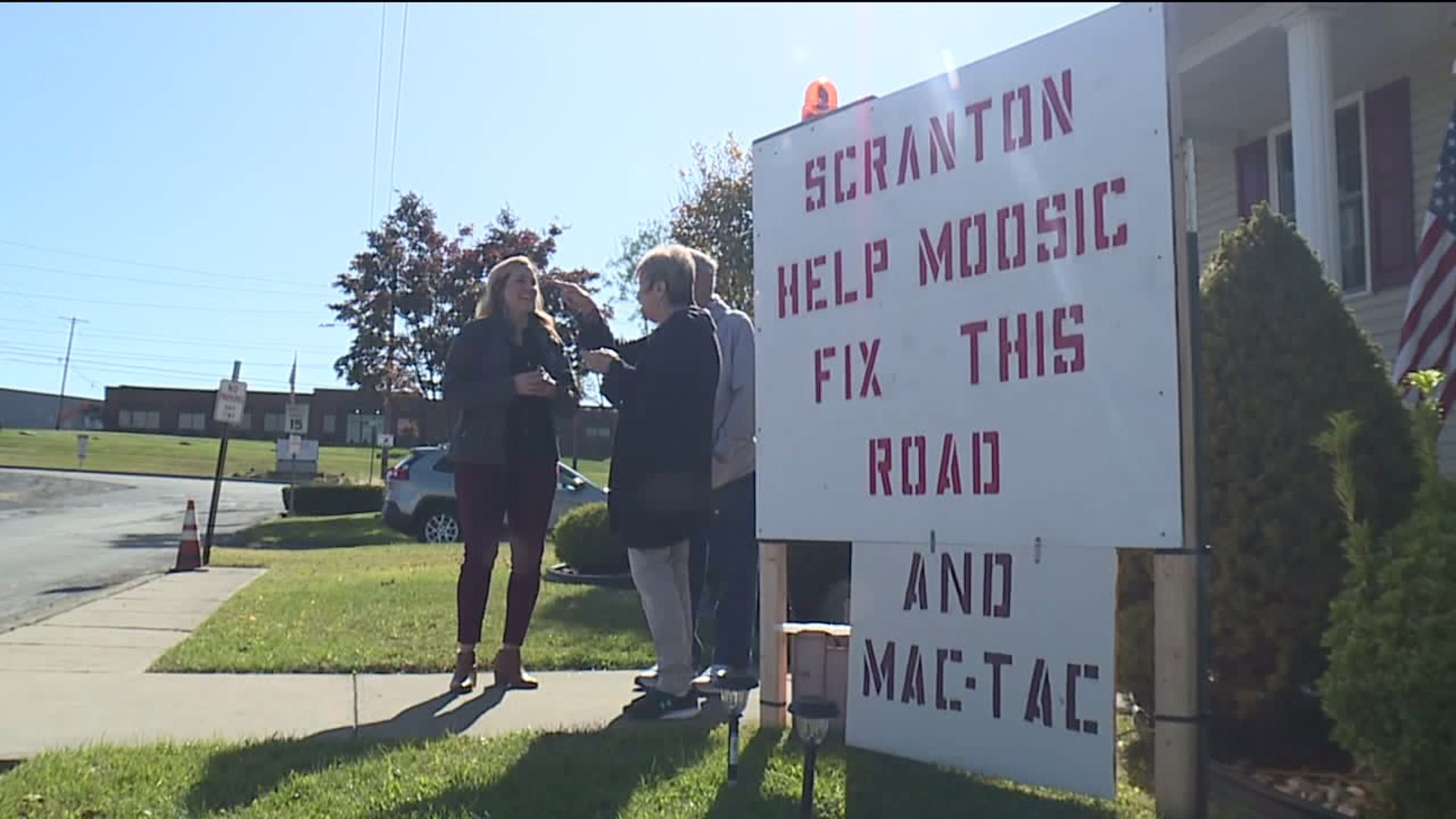 MOOSIC, Pa. -- Members of one Lackawanna County neighborhood are calling on two local governments to cooperate and fix their road. When one man felt like his requests were falling on deaf ears, he made his message a little louder.

Frank Pisauro says he's been getting the attention he's been wanting after making a sign and putting it in his yard in Moosic. He's calling on the city of Scranton to help pave the street.

People on the 700 block of Corey Street in Moosic share their neighborhood with dozens of trucks every day headed to two different factories at the end of the street. They say all the traffic rips up the road.

"They patch it every year and the same thing happens in the spring. The patches are all gone, and the road is an obstacle course," said neighbor Kimberlee August.

The trucks create a compounding problem: the worse the road gets the louder the trucks get.

"These trucks come up and down here 24 hours a day, with Mac Tac, six days a week," Frank Pisauro said.

Pisauro wanted to make his message even louder, and a few months ago, he put a sign in his front yard calling on the city of Scranton for help.

The Pisauros say the patches are no longer working and that Corey Street needs to be repaved.

"Moosic has done all the work here and Scranton's done nothing," said Frank.

Neighbors believe their road hasn't been paved because the 700 block of Corey Street is actually in two municipalities – one side is in the borough of Moosic while the other side is in the city of Scranton, so any paving would require some cooperation.

"I don't care who fixes the road. Work together. Fix the road. That's all."

Frank spent about $50 on the sign, and he's already gotten his money's worth. It's getting the attention he's been wanting.

We spoke to the mayor of Scranton who says the city would be willing to split the cost of paving the block with the borough. It's a promising sign, but the Pisauros say they'll keep their sign up until the project is done.

Neighbors here would also like to see the truck traffic diverted off Corey Street altogether, but that might be another fight for another day.