SCRANTON — At Montage Mountain Ski Resort, families were turning a snow day off from school to a ski day. “We were all dug out yesterday so school`s off a... 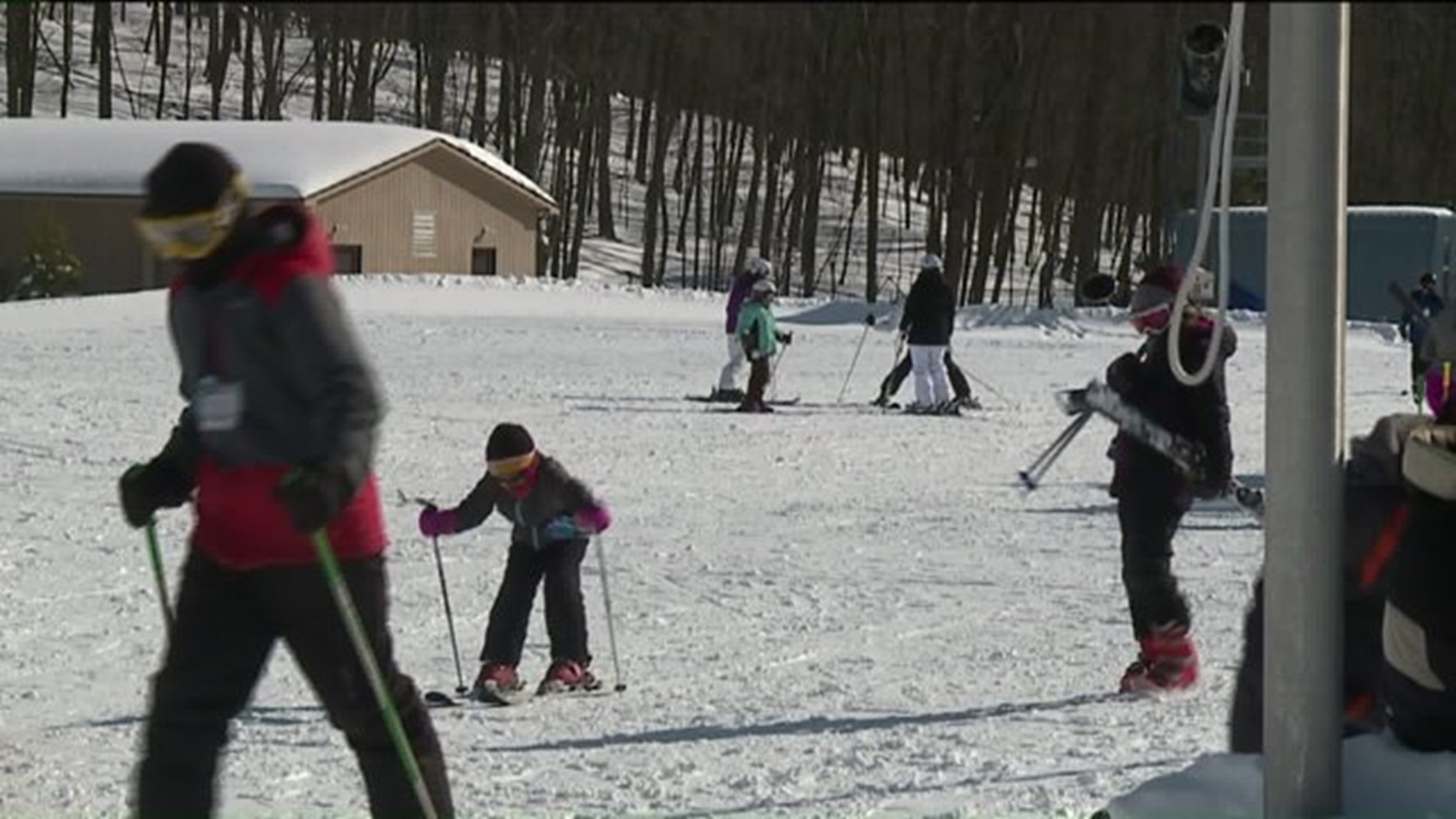 SCRANTON -- At Montage Mountain Ski Resort, families were turning a snow day off from school to a ski day.

“We were all dug out yesterday so school`s off and we figured what a better way to spend the day,” said Michaelyn Reichwein from Mount Carmel. “It's beautiful.”

With Tuesday's winter storm dropping more than a foot of snow in our area, many students still haven't returned back to class, so why not spend this beautiful day on the slopes?

And while the fresh snow means a day of play, for employees at the resort all this white stuff has them seeing green.

It's a far cry from last month when a tornado blew through Lackawanna County, knocking out power at Montage, forcing the resort to close for days.

It almost seemed the ski season was over for good but then record breaking snow fall came through our area.

“It's awesome. I mean the conditions are great, there's people here. It's winter again, winter's back and we're enjoying it, sun's out and we're looking forward to a great weekend,” said Jeff Slivinski with Montage.

“You know the day before we kind of thought it was a good idea to come here to snow board you know, play around, what not, because you know, school cancelled, so it's pretty nice, it's a beautiful day,” said Teddy Ozzkowski from Wilkes-Barre.

Now Montage says it's extending its season even though it's still throwing its annual “end of season” party this weekend.

“We have our end of season coming up this Saturday. It's Mountainfest and that usually culminates the season,” said Slivinski. “But being that Stella came through and dropped all this fresh snow for us we're going to push it through March 26th and potentially later than that.”

Mountainfest kicks off at noon on Saturday, March 18th. If you wear a costume you can ski for free.