OLYPHANT — It was a sad night for parishioners at one church in Lackawanna County. For nearly 60 years, the monsignor at Ss.Cyril and Methodius Church in ... 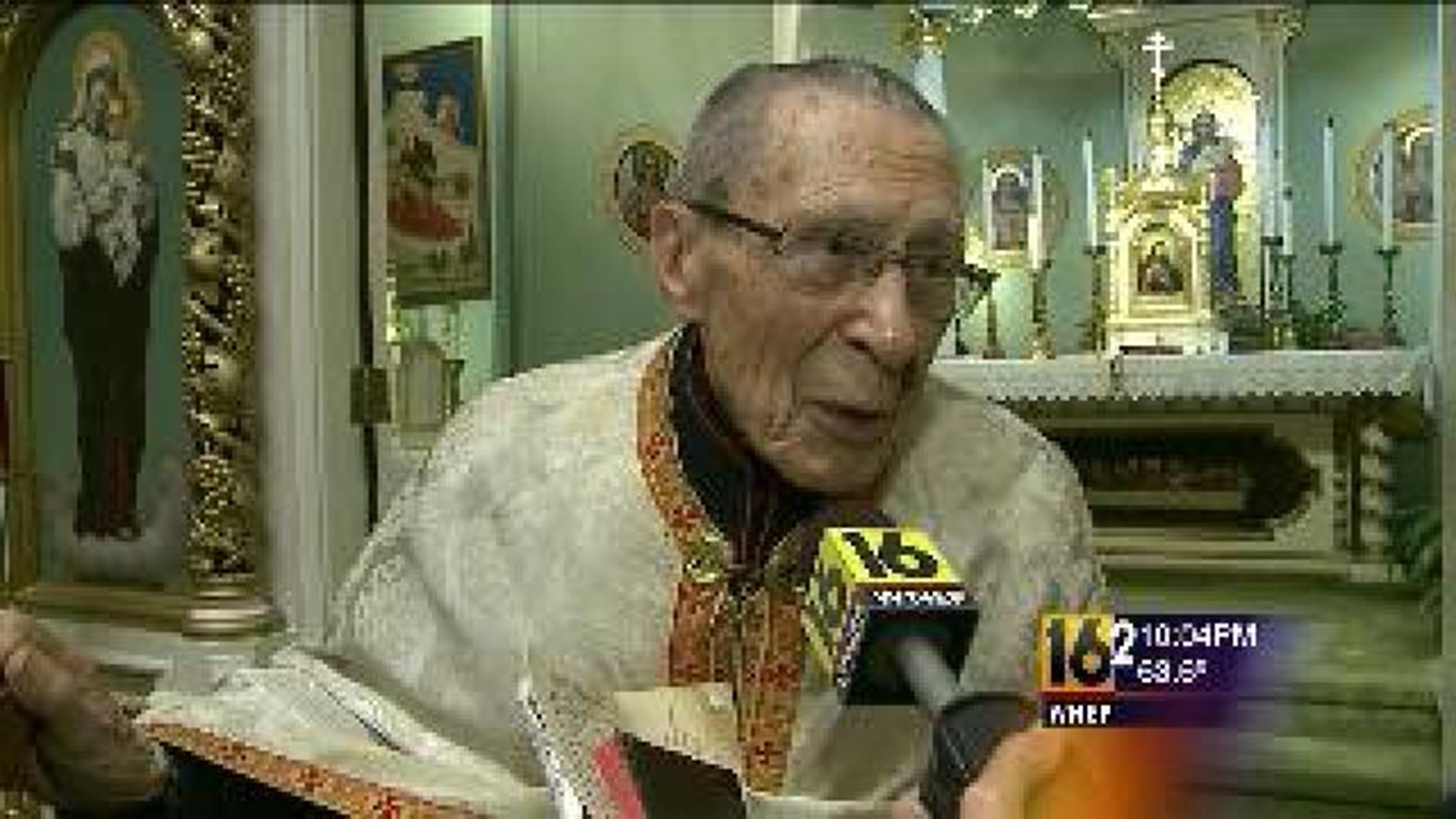 OLYPHANT -- It was a sad night for parishioners at one church in Lackawanna County.

For nearly 60 years, the monsignor at Ss.Cyril and Methodius Church in Olyphant has celebrated the weekly prayer service. Wednesday night, he oversaw his final one.

The parishioners at Ss. Cyril and Methodius Church in Olyphant did what has been done every Wednesday for the past 60 years: pray a novena.

However, this Wednesday night was a sad one for the congregation at the Ukrainian Greek Catholic church; it was the last time the devotions were celebrated by Monsignor Stephen Hrynuck.

“I was just sobbing when he told us that this was going to be his last evening. I was coming here even when my mother was and my mother’s gone 24 years now,” said parishioner Marlene Zelno.

The monsignor served as pastor of the church for 57 years. He retired three years ago, but continued to celebrate the weekly service he started 60 years ago.

As he approaches his 101st birthday, Monsigner Hrynuck said it’s time to step down.

“Most of my life I’ve spent here,” said Hrynuck. “The bishop did not want to transfer me, kept me until I was unable to do it and this is that time.”

Along with maintaining the prayer service for six decades, the parishioners said the monsignor has been connected to some major milestones in their lives.

“When I started to date my husband, in those days, you didn’t go out any time, you went out on the weekends or on a Wednesday,” said parishioner Joan Turko. “And my husband would meet me here at the novena and then would go out on our date.”

“I always say I was born the year he came and had him for all these years,” said parishioner Leo Danylak.

Monsignor Hrynuck said it's memories of those milestones he’ll take with him.