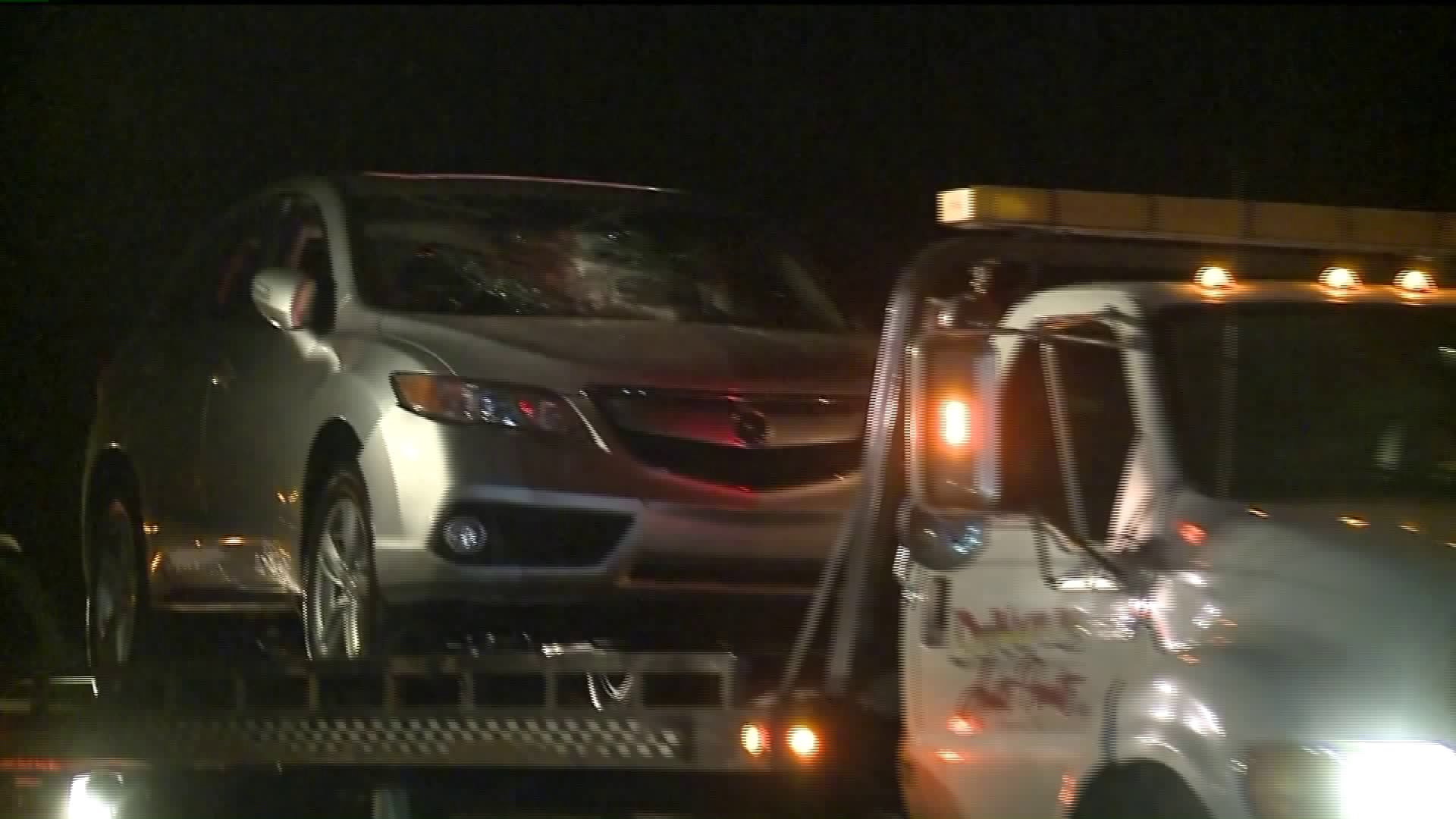 DUNMORE -- A former federal judge who went missing nearly 48 hours ago has been safely recovered Thursday night in Lackawanna County.

92-year-old former Federal Judge Edwin Kosik disappeared two days ago near his home in Daleville, but as of Thursday evening, he is safe and sound.

Police escorted the ambulance carrying the retired judge out of a wooded area off of Tigue Street in Dunmore after 7:30 p.m. Thursday evening, transporting him to the hospital for medical evaluation.

"Tonight, I have some good news," said U.S. Marshal Martin Pane. "I can tell you that Judge Kosik has been found, he is alive, and he's been transported to one of the regional hospitals in Scranton, and is what I would classify as doing well."

Kosik was last seen on surveillance video leaving Bill's ShopRite near Daleville, however, the grocery store's camera shows the judge turning in the opposite direction of his home in Covington Township.

Once authorities arrived, they immediately secured the area and treated it as a crime scene -- calling in a search dog to assist with the rescue.

"That K-9 immediately hit on the scent," said Pane. "And a little bit of a distance away from the vehicle, went right to where the judge was."

Pane says the judge was awake and talking, and he seemed aware of the people around him.

"Essentially, he did recognize me," he said. "He commented that 'Marty, you cut your hair.' I used to have some hair on my head, but..." Pane quipped.

At this time, the area where the car was found is still considered a crime scene. Pane says the investigation into what happened to Judge Kosik is ongoing, including where he was for those two days.

"We've very thankful to the two young men who saw the vehicle, happened to be in the area, and fortunately, as a result of their efforts, that's why we stand here today with a positive story," Pane added.

When asked if the Marshals believe Kosik was in the woods the entire time, Pane told Newswatch 16, "that's an excellent question, it's possible that he has been there for a little while."