SOUTH ABINGTON TOWNSHIP — After searching for six days, a family has been reunited with its dog. The dog had been on the loose since just before Easter af... 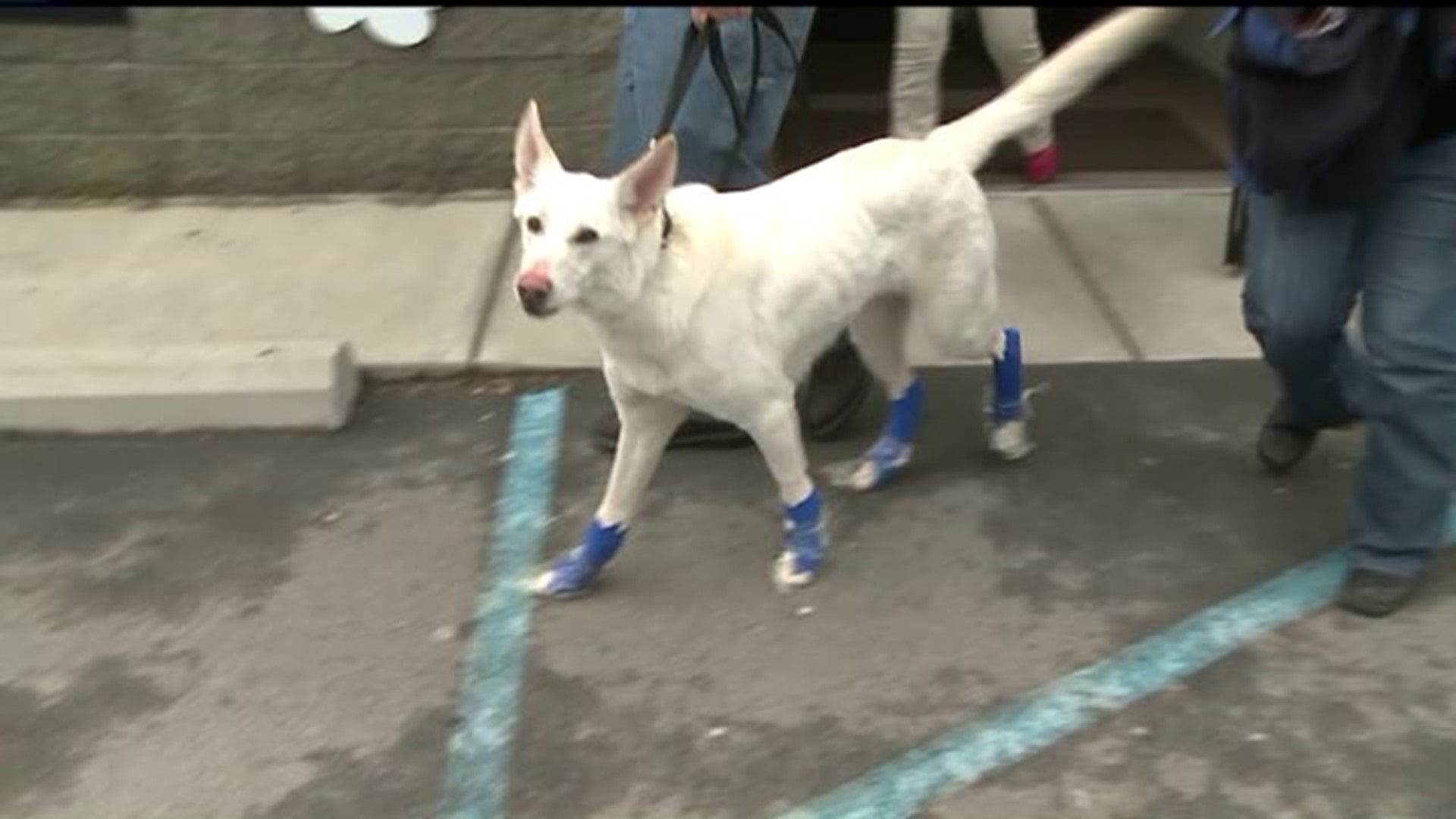 SOUTH ABINGTON TOWNSHIP -- After searching for six days, a family has been reunited with its dog.

The dog had been on the loose since just before Easter after being involved in a car crash in Dunmore.

On Friday afternoon, Harley the dog was released from the Veterinary Referral and Emergency Center in South Abington Township.

He was found in some woods in the Dunmore area Friday morning after a six-day hunt.

It was all smiles for Harley the dog and his family walking out of the Veterinary Referral and Emergency Center near Clarks Summit.

Harley ran off the day before Easter on a stretch of Interstates 84 and 380 in Dunmore. The car he was in was involved in a crash and flipped several times.

"When we got stopped, I looked at my son and said, 'Are you OK?' He said, 'I'm OK.' He says, 'Harley, are you OK?' and he got his seat belt off and went in the back seat and said, 'Dad, Harley's not here,'" said Harley's owner Christopher Gehm.

That's when the search started online and on the ground.

Harley's owner, Christopher Gehm, from the Binghamton area, enlisted the help of Tracey Morgan-Chopick of the Luzerne County Pet Recovery Service. She calls the search one of the more difficult ones.

After several sightings and long days and nights of searching, Harley was finally found in nearby woods and successfully trapped in a cage set by Morgan-Chopick.

"You can't describe it, I guess. Obviously I'm choked up, so it means he's back, part of our family."

As for Harley, other than some blisters on his paws, the veterinarian says he's doing quite well given how long he was missing.

"He actually looked pretty darn good, to be honest. He does have some ticks and fleas on him, but kind of the expected things being out in the elements," said Dr. Hannah Byrd, Veterinary Referral & Emergency Center.

There was a second vehicle and a second dog involved in the crash. Officials say they have not heard anything about that missing dog.

As for Harley, the vet says he should be completely back to normal in just a few days.