SCRANTON, Pa. — People in Scranton woke up to a mess Sunday morning after a winter storm blew through. Clearing sidewalks, spreading salt, and dodging pud... 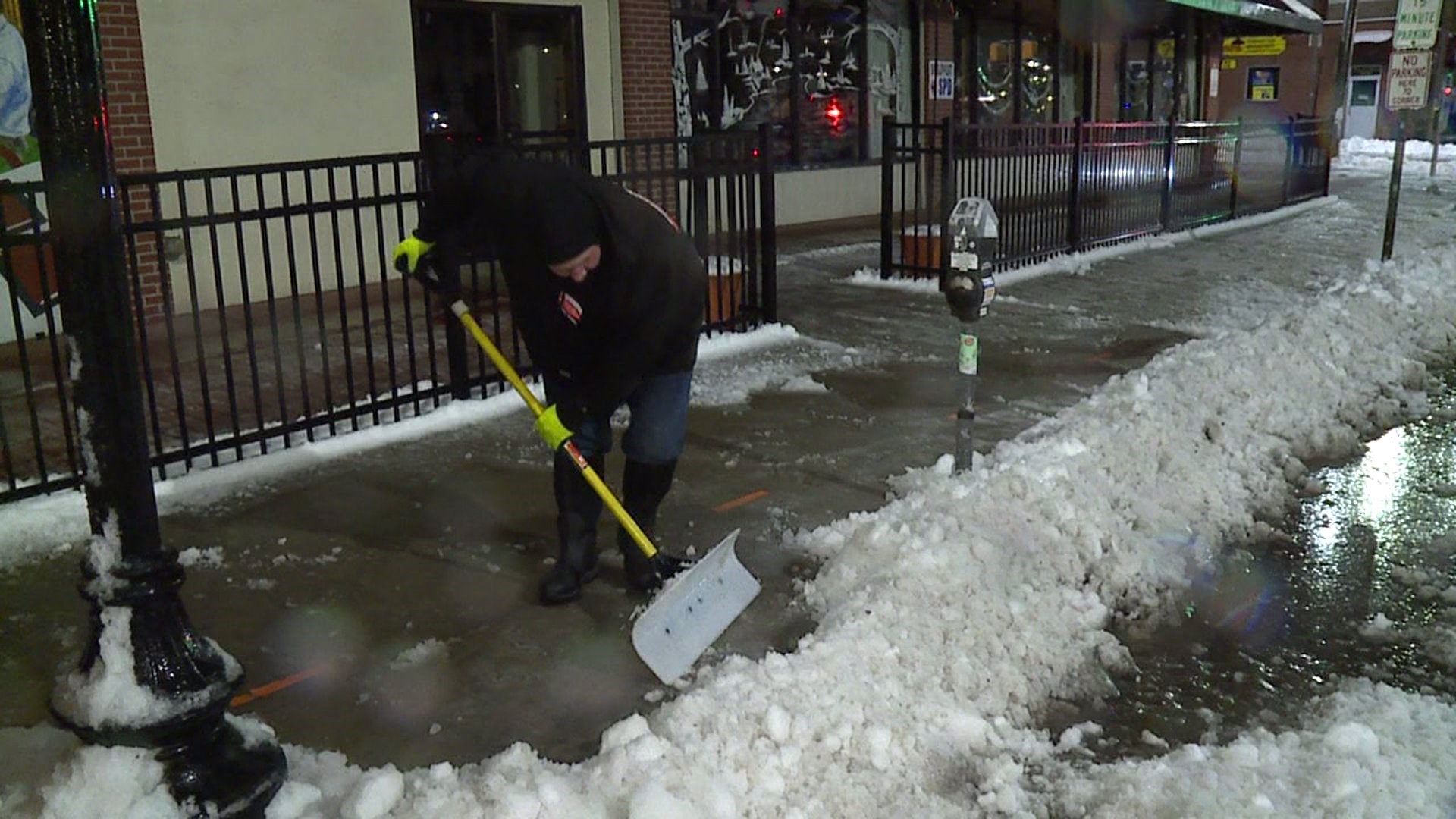 SCRANTON, Pa. -- People in Scranton woke up to a mess Sunday morning after a winter storm blew through. Clearing sidewalks, spreading salt, and dodging puddles were all on the morning's to-do list for many.

"Wet, sloppy rain, snow, hundred-pound snow. I mean, it's a mess out here. You don't want to be out here shoveling this today," said Bradley Cleveland of Scranton.

Many snow plow workers say they worked through the night trying to stay on top of the slush, ice, and snow collecting on the roads and sidewalks.

Some people who were out early Sunday morning in Scranton tell Newswatch 16 this mess is manageable and is not keeping them from their Sunday morning routine.

"Over for early Mass, 6:30 Mass, but we have the rosary at 7 and prayers," said David Kern of Scranton.

"The roads were not bad. I thought they were OK," said John Pieski of Scranton.

Others were not so happy about facing the frosty mess. Margo Blas of Scranton was walking her service dog Rusty.

"It's messy, really messy and slippery, " said Blas. "It makes me want to stay inside, but I know I have to go out because I have to walk Rusty."

Many in Scranton tried to clear the sidewalks quickly so they could prepare for the subfreezing temperatures forecasted for Sunday evening.

"I don't want nobody coming and falling on this either because it's gonna be a sheet of ice soon too with all the rain coming down and then it says it's gonna get colder, so it should all freeze up," said Cleveland.

Blas is worried about those conditions when duty calls for Rusty.

Blas is hoping the conditions remain manageable through the rest of the holiday weekend.