THROOP, Pa. — It was a solemn gathering in Lackawanna County as one community remembered eight high school students who were killed in a drunk driving cra... 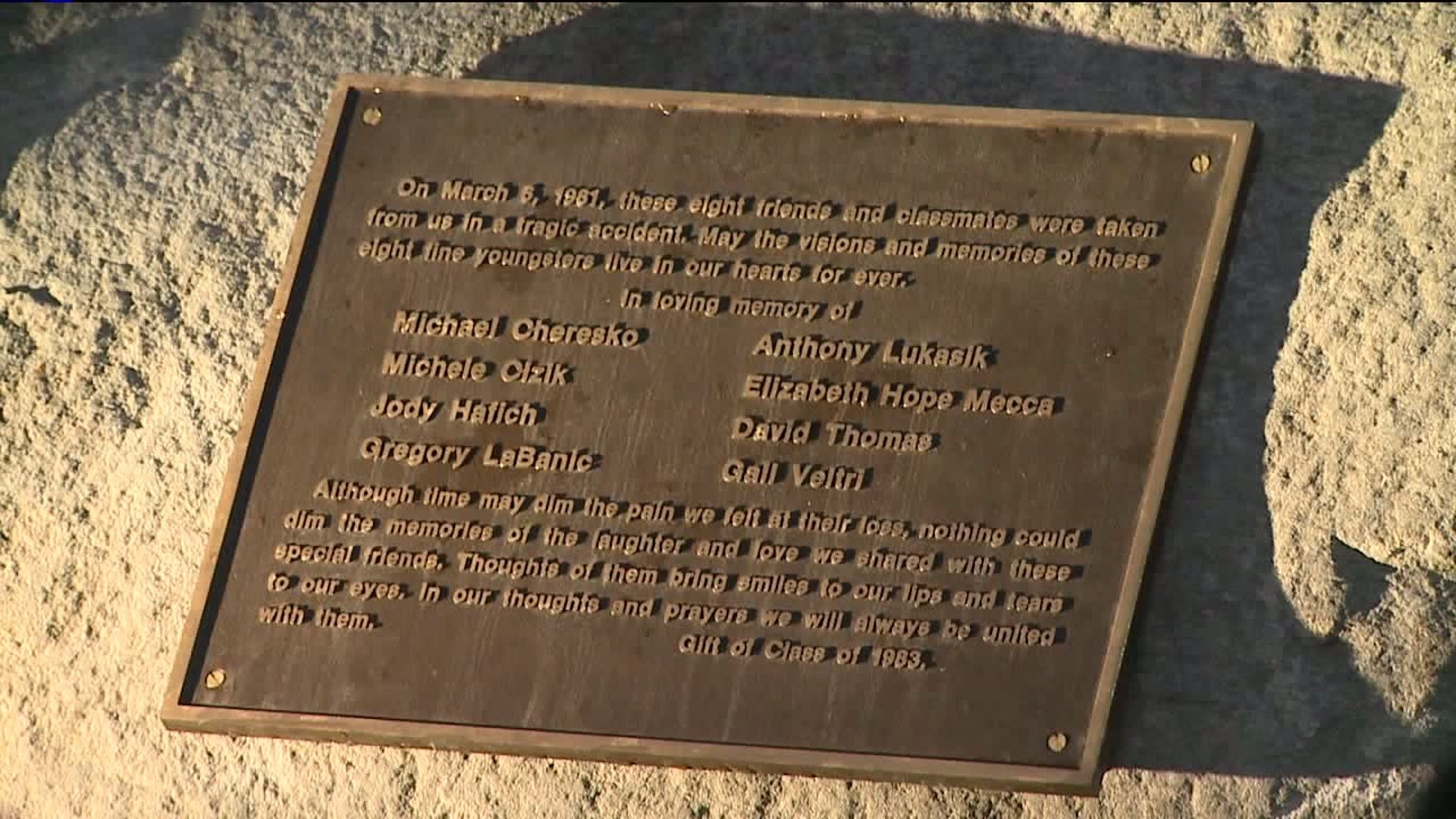 THROOP, Pa. -- It was a solemn gathering in Lackawanna County as one community remembered eight high school students who were killed in a drunk driving crash nearly 40 years ago.

Thursday, a memorial plaque dedicated to those teenagers was unveiled in front of a crowd of family and friends at Mid Valley High School in Throop.

It was a moment 37 years in the making.

A plaque was unveiled to applause, gratitude and grief at Mid Valley High School in Throop.

The plaque is dedicated to eight high school students who died in a car crash in the borough in 1981.

Now it will be a memorial to those students; most of whom attended Mid Valley High School.

“A gift to honor them and also serve as a reminder to others. Time may dim the pain we felt at this tragedy, nothing will ever dim the memories of those eight special people,” said Nick Kazinetz, a teacher at Mid Valley High School.

The deaths rocked the community especially the school community in Mid Valley.

The teens became known as the “Mid Valley Eight."

“I do miss her every day, I think of her all the time and I just thank everybody for being here this evening, thank you,” said Bruce Cizik, the brother of Cizik.

The plaque is also to serve as a reminder to students about the dangers of drunk driving.

That's why its placed at the exit of the parking lot so that students at Mid Valley will drive by it every day.

Gerard Luchansky was the Vice Principal at Mid Valley when the crash occurred and was the one who thought of the idea for putting the plaque at the exit of the high school.

“A very powerful lesson for teachers to use with the kids to avoid the situation from ever happening again,” said Luchansky.

The plaque was a gift from the Mid Valley class of 1983.

However, Luchansky says the district didn't install it back then due to the negativity surrounding the involvement of alcohol and the sentiment that it was just too soon for the victims' families.