SCRANTON, Pa. — The family of a man who was hit and killed while riding his bike in Scranton three years ago is looking for answers after a big piece of a... 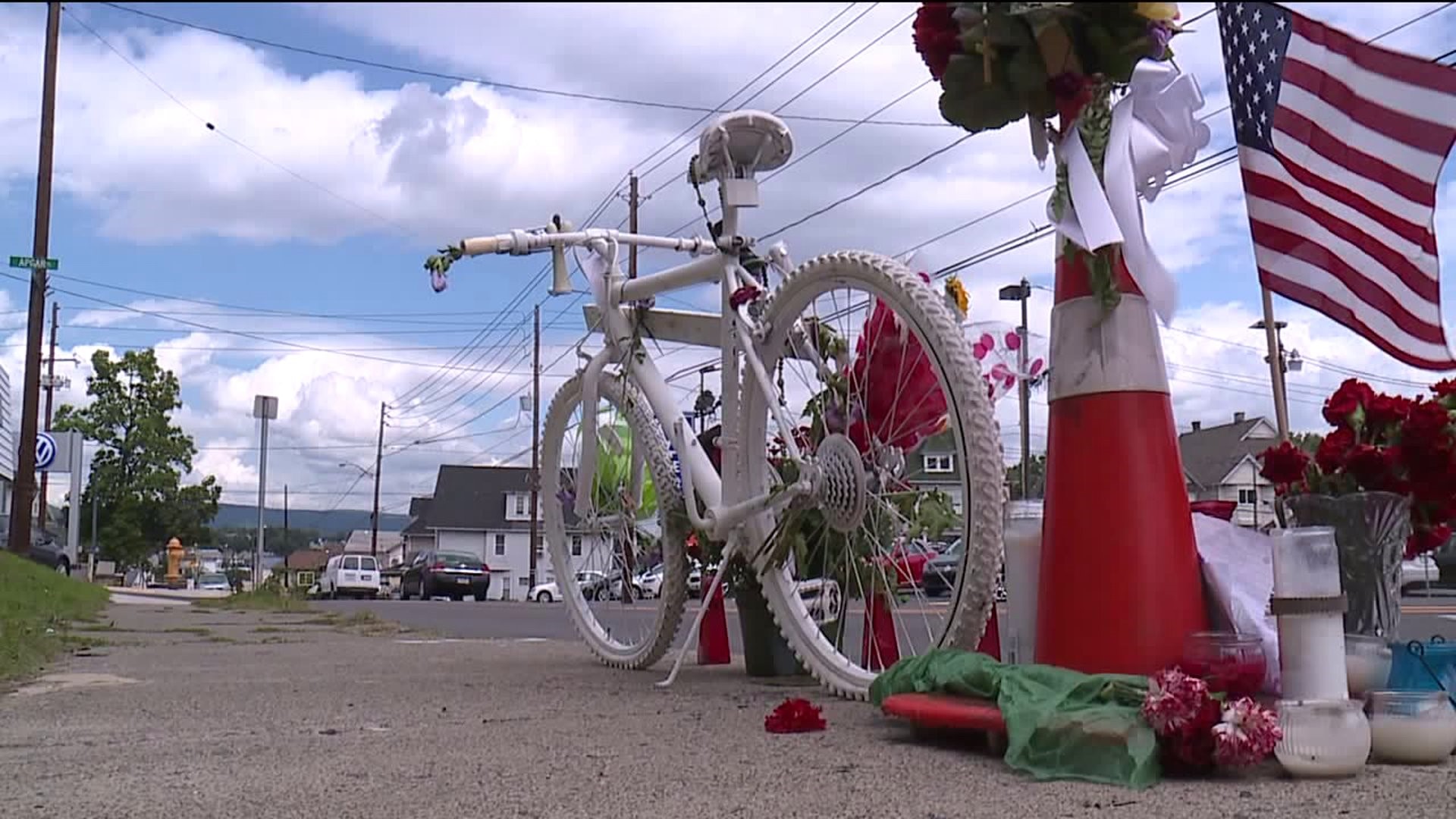 SCRANTON, Pa. -- The family of a man who was hit and killed while riding his bike in Scranton three years ago is looking for answers after a big piece of a memorial at the crash site has disappeared.

Michael Harmer was 26 years old when he was hit and killed while riding his bike on South Main Avenue in Scranton nearly three years ago. A bike that memorialized him is now missing, and his family wants it back.

"The bike just was here. It was kind of like a sign from above that it's going to be OK, not to worry. 'I have arrived home and this is just a sign that I am there,'" said the victim's brother Joseph Harmer.

The "ghost bike" became a memorial site for Harmer. It sits on the sidewalk where he was riding when he was hit and killed. The driver of the car that hit him admitted to being high on heroin and cocaine at the time.

"It became a symbol to a lot of people. We have families within a couple block radius that family members were killed in this area."

The bike was put away in storage for the winter. It was brought back out last Friday, and by Sunday night, the family noticed it was gone.

"Everyone was like, 'Where's the bike? Where's the bike?' We asked everyone up and down the neighborhood, and no one has seen it. We think it might have been stolen at night when no one is around," said Joseph.

Joseph placed a temporary memorial at the crash site until the bike is returned. His family hopes that happens before Michael's birthday in three weeks.

"It would be greatly appreciated to bring it back to our family and to the community. It's a symbol of distracted driving."

Thomas Gill, the driver of the car who hit Michael Harmer was charged and is currently serving a six to 12 year jail sentence.

If you have any information about where the bike might be, you are asked to contact the family.

Anyone with information about bike can find Joseph Harmer on Facebook or email ally.gallo@wnep.com to get in touch with the family