The man who was once one of the most powerful politicians in Pennsylvania admitted Wednesday he is guilty of corruption charges. Former State Senator Bob Mellow... 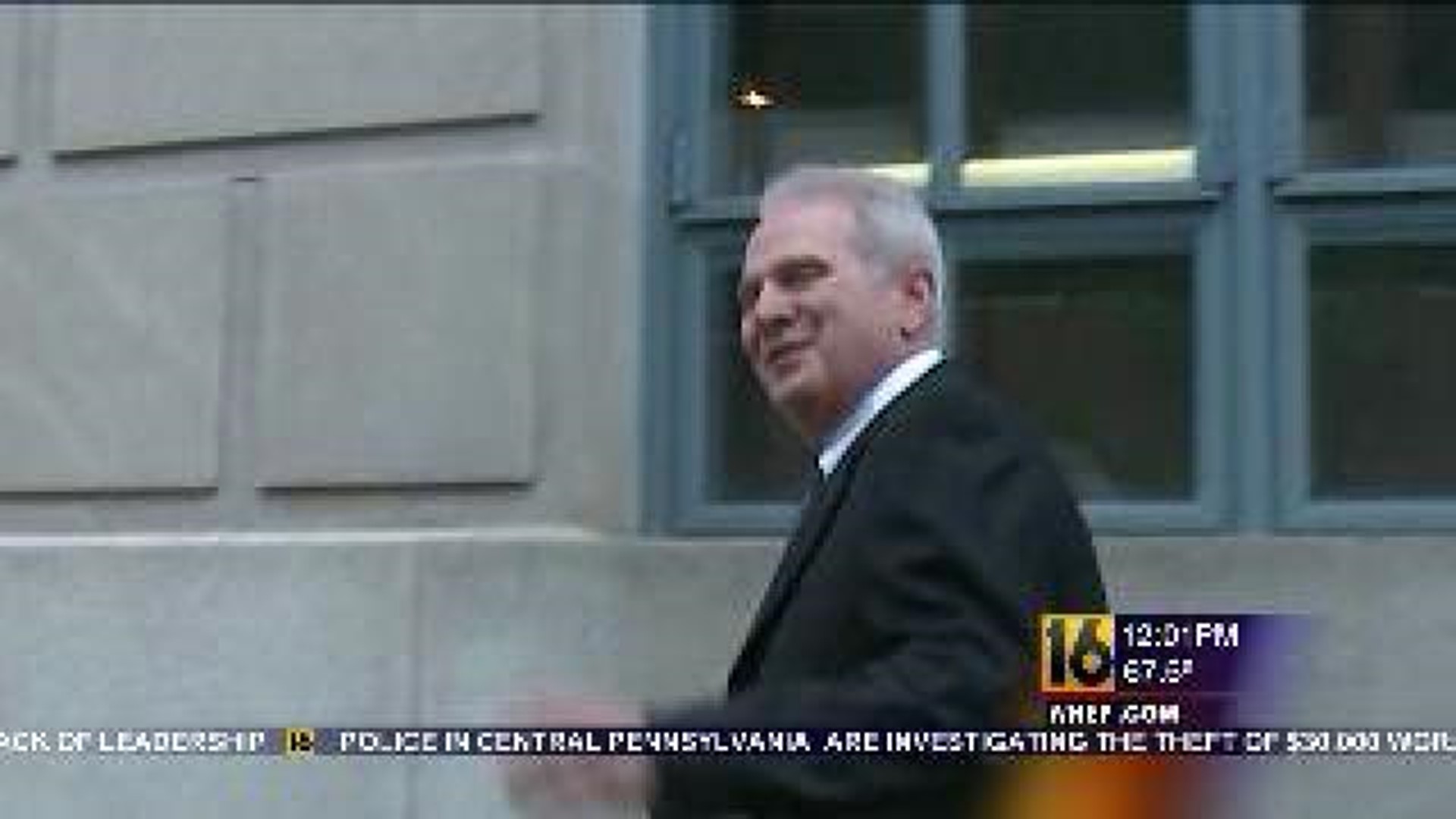 The man who was once one of the most powerful politicians in Pennsylvania admitted Wednesday he is guilty of corruption charges.

Former State Senator Bob Mellow spent over an hour and a half before a judge as he answered to corruption charges filed nearly two months ago.

He has now pleaded guilty to those crimes and could face time in prison.

By pleading guilty Mellow is holding up his end of a plea deal with the U. S. Attorney's office.

Mellow was silent on his way in to federal court in Scranton, arriving hours early for his first court appearance since being charged with mail fraud and tax evasion.

Inside the courtroom Mellow stayed quiet. Federal Judge Joel Slomsky did most of the talking, mulling over a plea agreement reached between Mellow and federal prosecutors.

Mellow's attorneys, Sal Cognetti and Dan Briar, said they decided to take the deal because of Mellow's failing health.

"There are other physical pressures that he needs to address that are more important than these proceedings, not that these proceedings aren't important, but it's for his health to resolve all of his legal disputes," Cognetti said.

Before Mellow pleaded guilty, thus becoming an admitted felon, federal prosecutors had a chance to list the evidence they would use if the case went to trial. Prosecutors said they received information from one of the senator's former staffers who told them between 2006 and 2010 Mellow's state employees were used to work on his and other campaigns and that staffers were told to fudge paperwork to cover it up. Prosecutors think this could have cost taxpayers over $100,000.

"I think he defrauded the taxpayer, he defrauded the state Senate. He could have used that power to do so much good. That's why I had to come today," Scavo said. "I think Senator Mellow was more concerned with what kind of power he could wield for his own self-interest and the fact that he built up a pension that now amounts to $313,000."

Other constituents said Senator Mellow did do a lot of good and a guilty plea is an unfitting end to his 40 years in politics.

Attorneys did not say if the plea agreement includes a suggested sentence for Mellow, but that will ultimately be the judge's decision.

With Wednesday's guilty plea, Senator Mellow becomes an admitted felon, meaning he can never again run for office or vote.