SCRANTON — The City of Scranton started this month with the resignation and then guilty plea of its former mayor Bill Courtright. The city ends the month ... 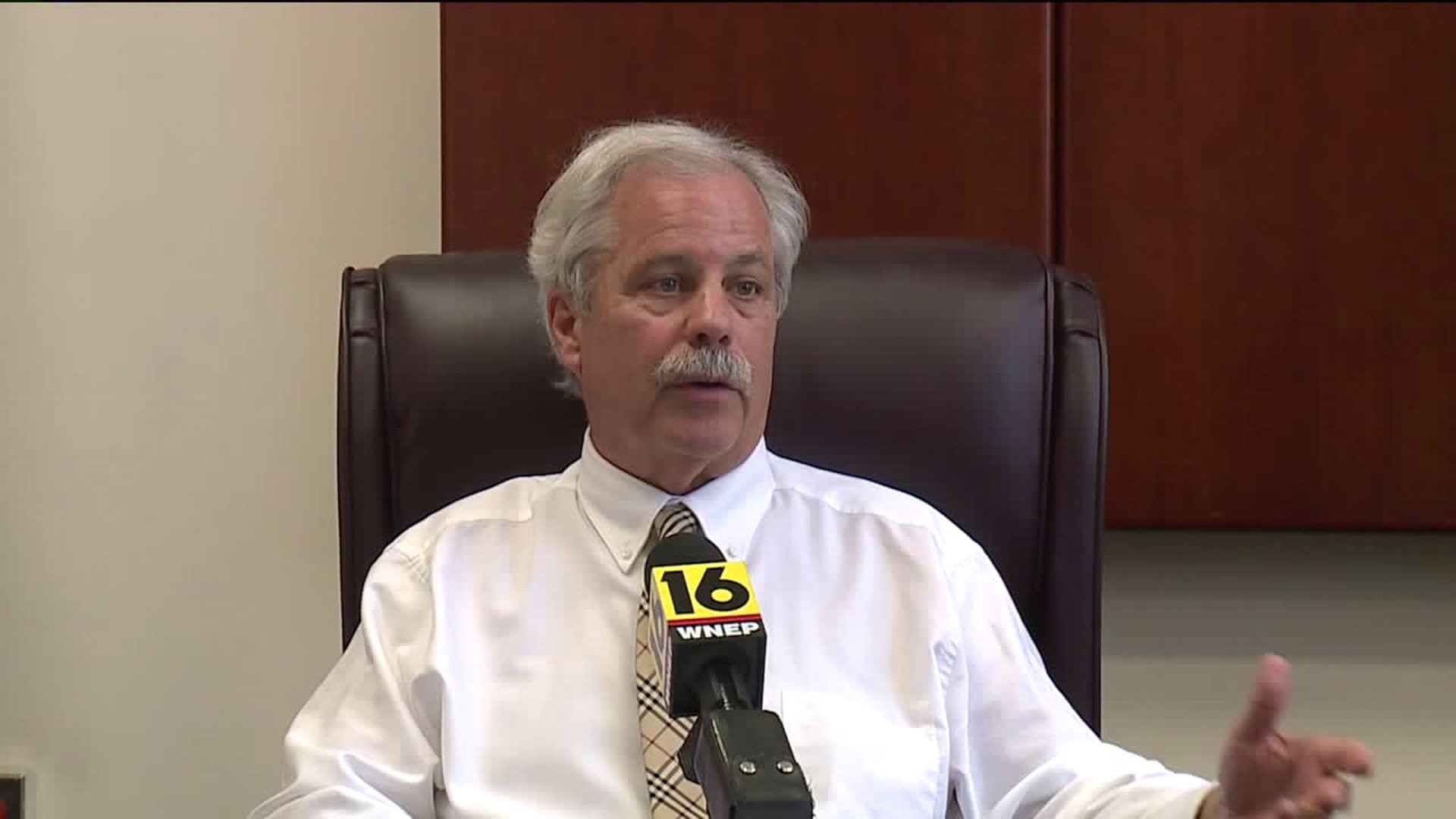 SCRANTON -- The City of Scranton started this month with the resignation and then guilty plea of its former mayor Bill Courtright. The city ends the month with Mayor Wayne Evans, a councilman appointed to fill the mayor's seat for the rest of this year.

July is proof that a lot can happen in a month, and Evans is banking on that.

Wayne Evans never really thought he'd have a spot on the wall in City Hall displaying Scranton's mayoral history, but during this dark time in the city's history, he thought it was his time to step up.

"I was a councilman. I was going to finish out my term and I was going to ride off into the sunset and I was very content with that, but this is something that happened and something I think is extremely important. It's an important time in the city. The next five months are going to be critical for how we're perceived, probably for a long time. It's very, very important that we get it right," Evans said.

Evans was appointed Mayor of Scranton last week. He was selected by his fellow council members out of a pool of 14 candidates. Evans will serve through the end of this year and says he will not run for the office in November.

"I could not imagine for a minute somebody stepping into this position who wasn't prepared at least as much as I thought I was. With my background in government, my background with City Hall business, my background on council. It's a little bit overwhelming, but we're up to the task and we're going to do some good work here," he said.

Evans said he's starting by trying to meet as many city employees as he can. Reform will come later.

Much of the corruption former Mayor Bill Courtright pleaded guilty to centered around the functions of the Licensing, Inspections, and Permits Office in City Hall. Evans expects to start a review of that office after City Council's August recess.

"The first meeting back for council, they will have the legislation to hire a consultant to do a top-down review on licensing and inspections. That will be on their desk when they get back," Evans said.

Evans told Newswatch 16 he'll rely heavily on the city's department heads these next few months, but even in his short tenure here, he wants to be remembered as an active mayor.

"I expect them to come along for the ride because we have a chance to, I think, rewrite a little bit of their own legacies right now," he said.

Scranton City Council will soon take on the process of filling Evans' seat on council. They're taking applications and will appoint someone after their August recess.