SCRANTON, Pa. — County transit authorities across the state could lose some state and federal funding if a new state law takes effect later this year. The... 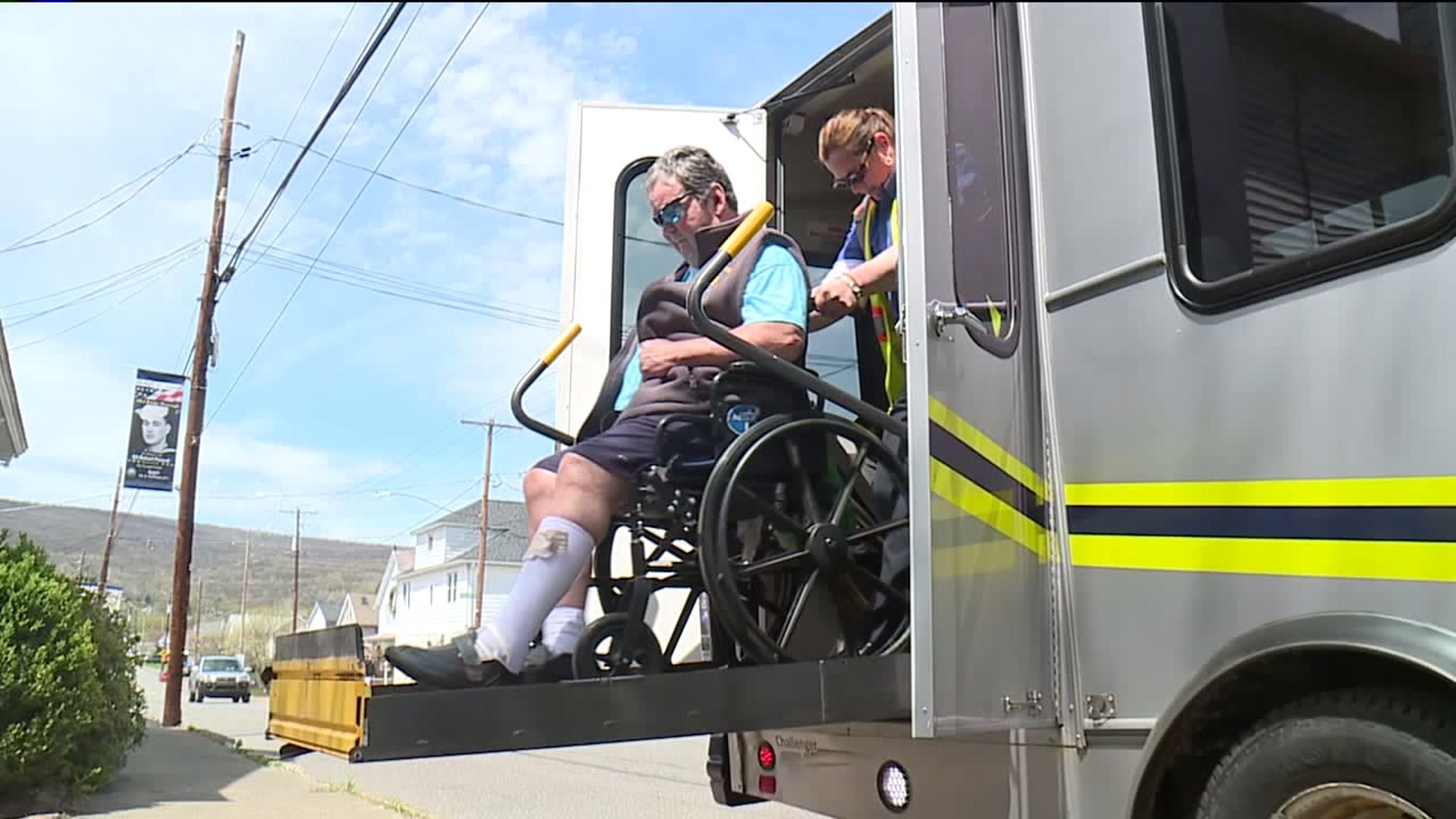 SCRANTON, Pa. -- County transit authorities across the state could lose some state and federal funding if a new state law takes effect later this year.

The law would privatize medical transportation.

County of Lackawanna Transit System (COLTS) and other county-run transit authorities across the state might stop providing medical transport for people who need help getting to doctor's appointments.

But, COLTS is trying to stop that.

Every Tuesday and Thursday, COLTS shared-ride van shows up at Wayland Davis' home in Old Forge. They help him get to the physical therapy appointments he's needed ever since having a stroke a year and a half ago.

"I've known a lot of the drivers for a long time and they're good people," Davis said. "I've seen what they've done for me. it's very positive."

Davis is one of 22,000 medical transport clients in Lackawanna County. A new state law would take those trips away from county-run agencies like COLTS and give the contract to private companies.

That's a change Davis is nervous about.

COLTS is now asking the state to stall the medical transport bill and do a study on the effects of privatization. Davis is worried the service won't be the same.

COLTS officials say the loss of a nearly $1 million annual grant could affect their entire operation.