SCRANTON, Pa. — A Scranton dentist’s office is the latest in a string of medical providers moving into the Marketplace at Steamtown. In a few months... 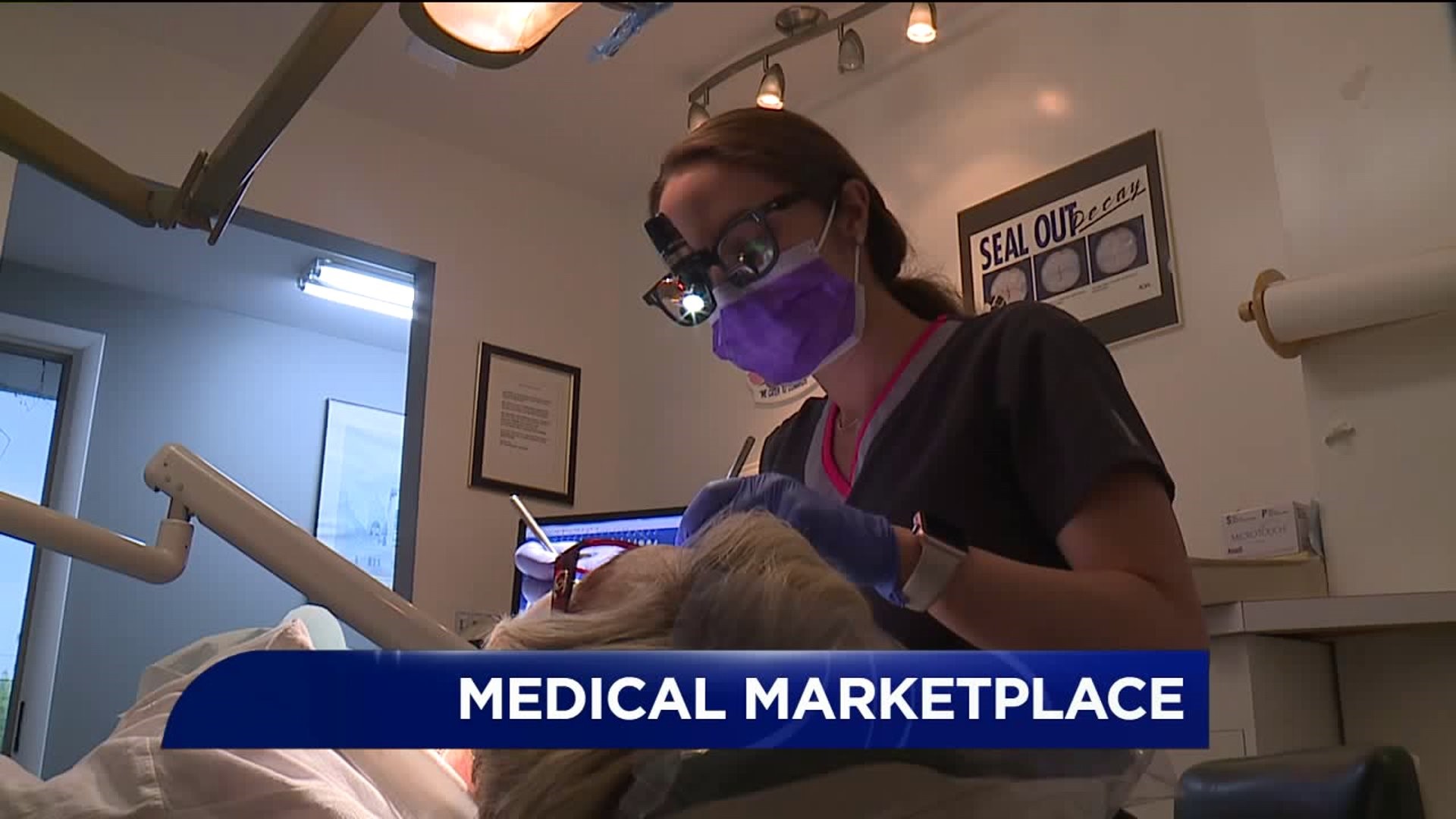 SCRANTON, Pa. -- A Scranton dentist's office is the latest in a string of medical providers moving into the Marketplace at Steamtown.

In a few months, Dr. Mary Grace Rizzo-Fryzel will be cleaning teeth in a place you may not expect. She will rebrand her north Scranton practice as Electric City Dentistry and occupy the former Abercrombie and Fitch inside the Marketplace at Steamtown.

"I'm excited for the move to the Marketplace because I think it's turning into more of a professional services type of space, rather than a retail space," Dr. Rizzo-Fryzel said. "Retail in this area at a mall like that is just not going to work out, but putting a bunch of medical services and dental services under one roof is going to make things more easy and convenient for patients."

The dentist is the latest in a string of medical service providers to occupy the old mall. Delta Medix has moved most of its offices here and a facility for group therapy opened earlier this month.

It's a welcome change according to visitors to a health fair being held this week in an empty storefront.

"I haven't been on the second floor of this mall, other than to go to the beauty parlor over there, in I'd say maybe, five or six years. It's amazing, the difference in everything. You know, it's beautiful," said Diane Lafrance.

Marketplace officials say they are already in talks with several other medical service providers about moving into the Marketplace and according to a building permit, Moses Taylor Hospital is planning an outpatient facility for this space.

Commonwealth Health, which owns Moses Taylor couldn't tell us any more about its plans for the Marketplace just yet but Marketplace officials say they are in talks with at least two other medical companies about opening up near the former Bon-Ton space.

An area of the marketplace could become its "medical wing."

"It is a place where somebody can come and stop at the doctor's office and still have lunch or do some shopping before they go, so it's kind of like a one-stop shop for everything," said Jennifer Warnetsky, Marketplace at Steamtown.