SCRANTON, Pa. — Food insecurity is a problem in communities nationwide and our community is no exception. Taking a step to tackle that while orienting new... 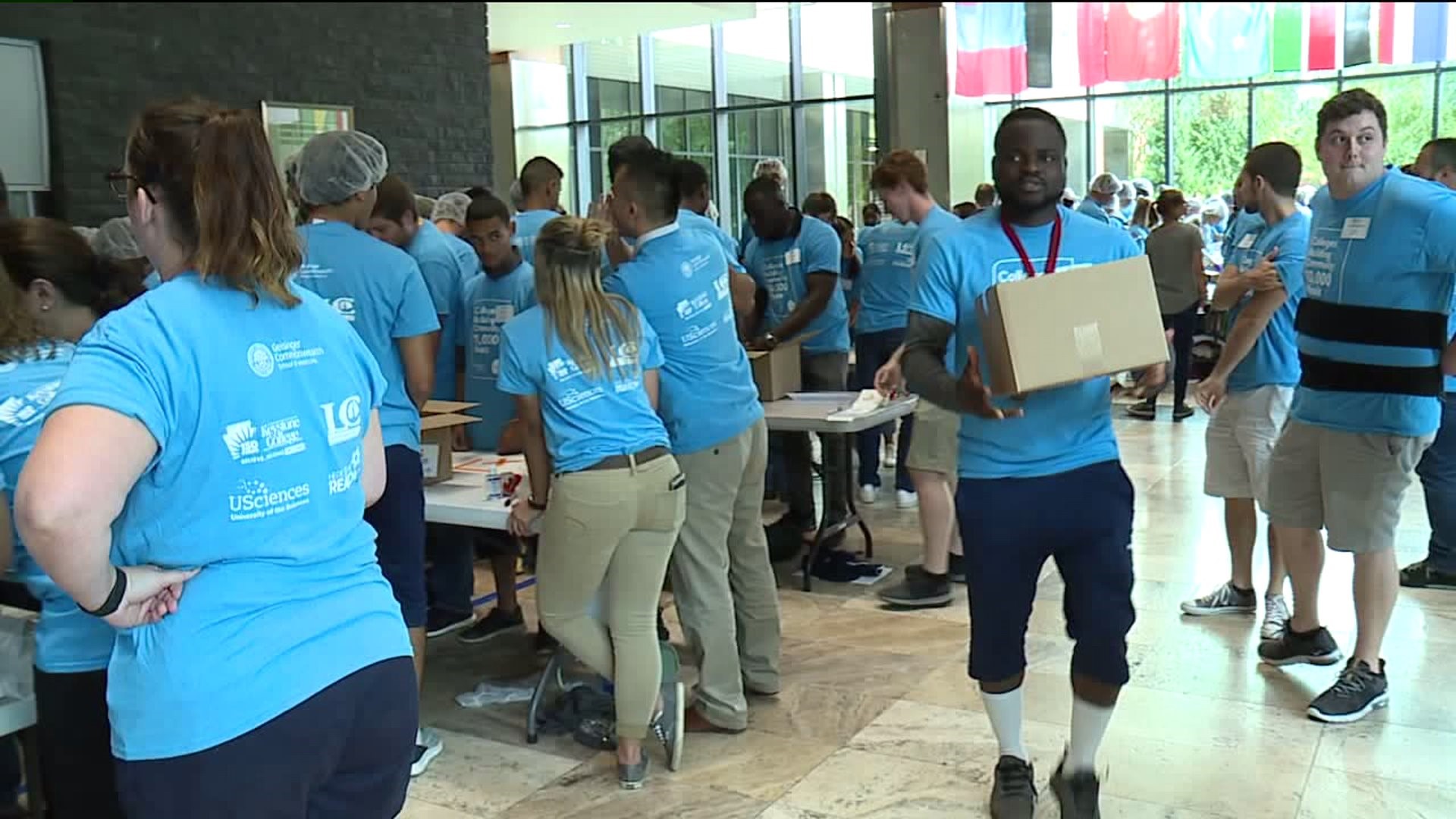 SCRANTON, Pa. -- Food insecurity is a problem in communities nationwide and our community is no exception.

Taking a step to tackle that while orienting new college students to the area was the goal of an event at Geisinger Commonwealth School of Medicine on Thursday.

It was a sea of blue in the lobby of Geisinger Commonwealth School of Medicine in Scranton with hundreds of people in their gloves and hairnets and with music blasting, packing 10,000 meals to distribute.

A college party atmosphere, maybe, but this was a part of orientation for grad students at the med school, as well as students from other area universities.

"We wanted to get the energy right from the beginning. So we've had education sessions, and we've really set the tone. This is a living, learning lab. They're doing good right here in the community, and learning," said Scott Koerwer, vice dean for graduate education.

Teams divvied up the jobs of making beans, rice, and a kid-approved spice mix into a shelf-stable meal -- 10,000 in all -- then boxing them up.

They'll be distributed to elementary school teachers in the Scranton School District, who will pass them on to kids whose families have opted into the program, according to the nonprofit organizing it all called "Here for a Reason."

"A lot of kids in elementary schools are wondering where their next meal is coming from," Mike Hauser said.

Hauser says last year they were able to make two and a half months' worth of meals for kids and loves seeing this part of the effort.

"Oh, this is exciting! This is very exciting, to see students who may not be from the area, they're transient, and they're helping the community they're part of while they're here."

Keystone College President Tracy Brundage says she is proud of the Keystone students choosing to start their year off right with community service, knowing how big an issue food insecurity really is.

"We're here to try and make an impact on that, and also to try to build the momentum to let them know they can do this outside of these events, and we're hoping to create the mechanism and foundation to do that," Brundage said.

They can't solve the problem of food insecurity but they're hoping fewer kids go hungry because of their efforts.

If this is something you'd like to do, Here for a Reason will be boxing up another 10,000 meals on October 13 at the Scranton High School Auditorium. That is open to anyone who wants to volunteer.