We talked to several restaurants in Lackawanna County that either have or are considering raising their menu prices because of the high cost of meat. 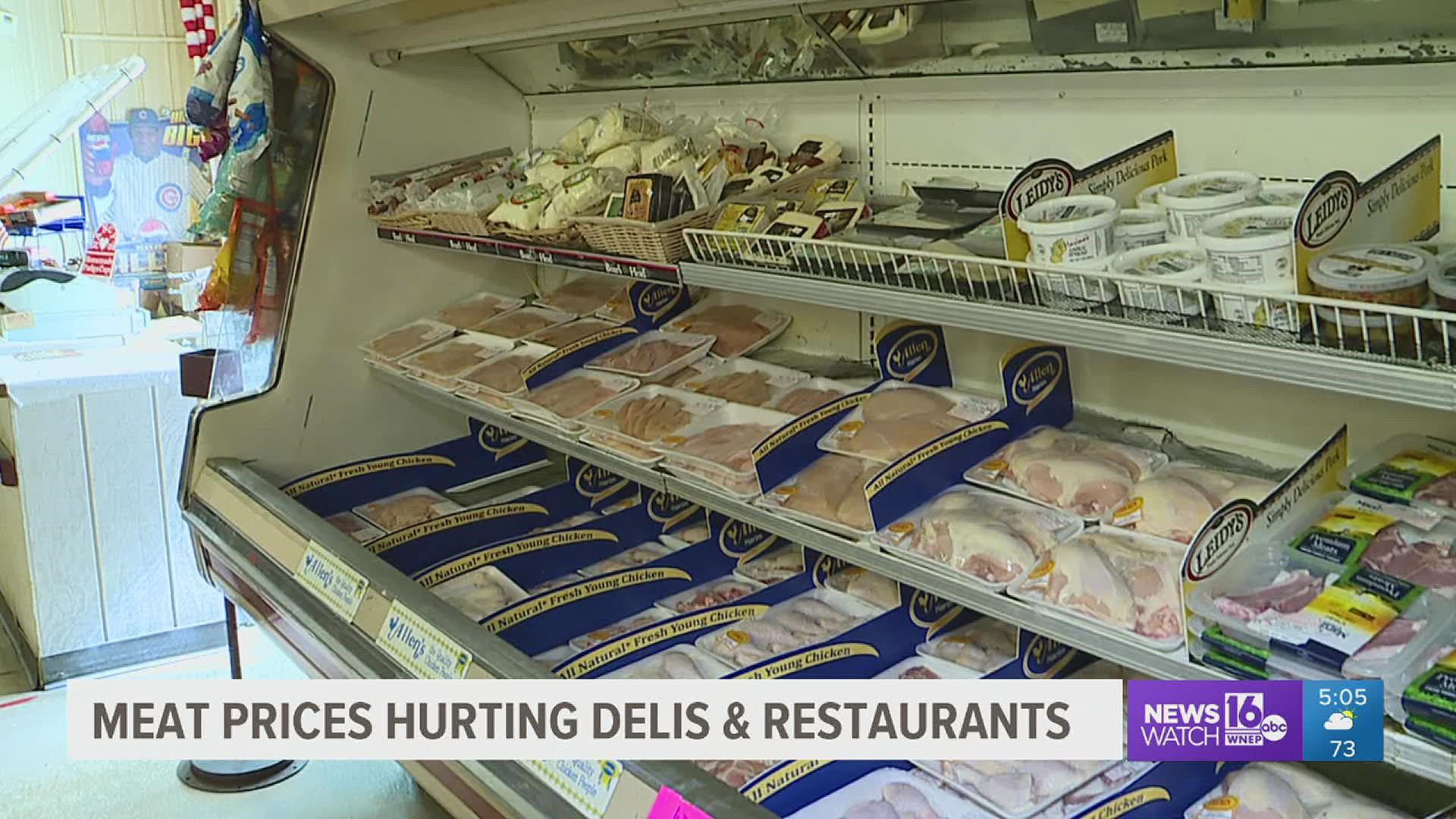 "The majority of meats are up anywhere from 20 to 50 percent. Bacon is up 50 percent since the beginning of the year," said owner Joan Longworth. "We went through a big fluctuation during the pandemic when things weren't available. Then they came down; now they're back up. It's absolutely ridiculous."

It's so ridiculous that Longworth says she's had to raise prices on her menu for the first time in a long time. That's something she didn't want to do to customers who helped her business survive the pandemic.

"We are still here. A lot of places aren't, and I feel bad for all those business owners. I know what goes into doing this. We are just one of the fortunate ones who have been able to weather the storm and survive it, and I hope we continue to do so."

Places like Bosak's Choice Meats in Olyphant are feeling it too. Owner Tom Bosak spends his Monday cleaning the store and making orders, a process that's become frustrating.

"It's a pick and choose. 'Do you have the ribeyes? The short loins? Are you OK getting this?' They'll say, 'I have five, or I have two.' That's all they can get you," Bosak said.

Those suppliers say shipping problems are driving the shortages and increased prices. Business owners can't be sure how long this will last.

Bosak is worried about a possible hit to profits around the holiday season.

While supply chain problems are playing a big role in rising meat prices, the federal government blames the big producers of meat for setting such high prices.

President Biden signed an executive order this summer placing tougher restrictions on big companies in the poultry industry, but not other meat producers.