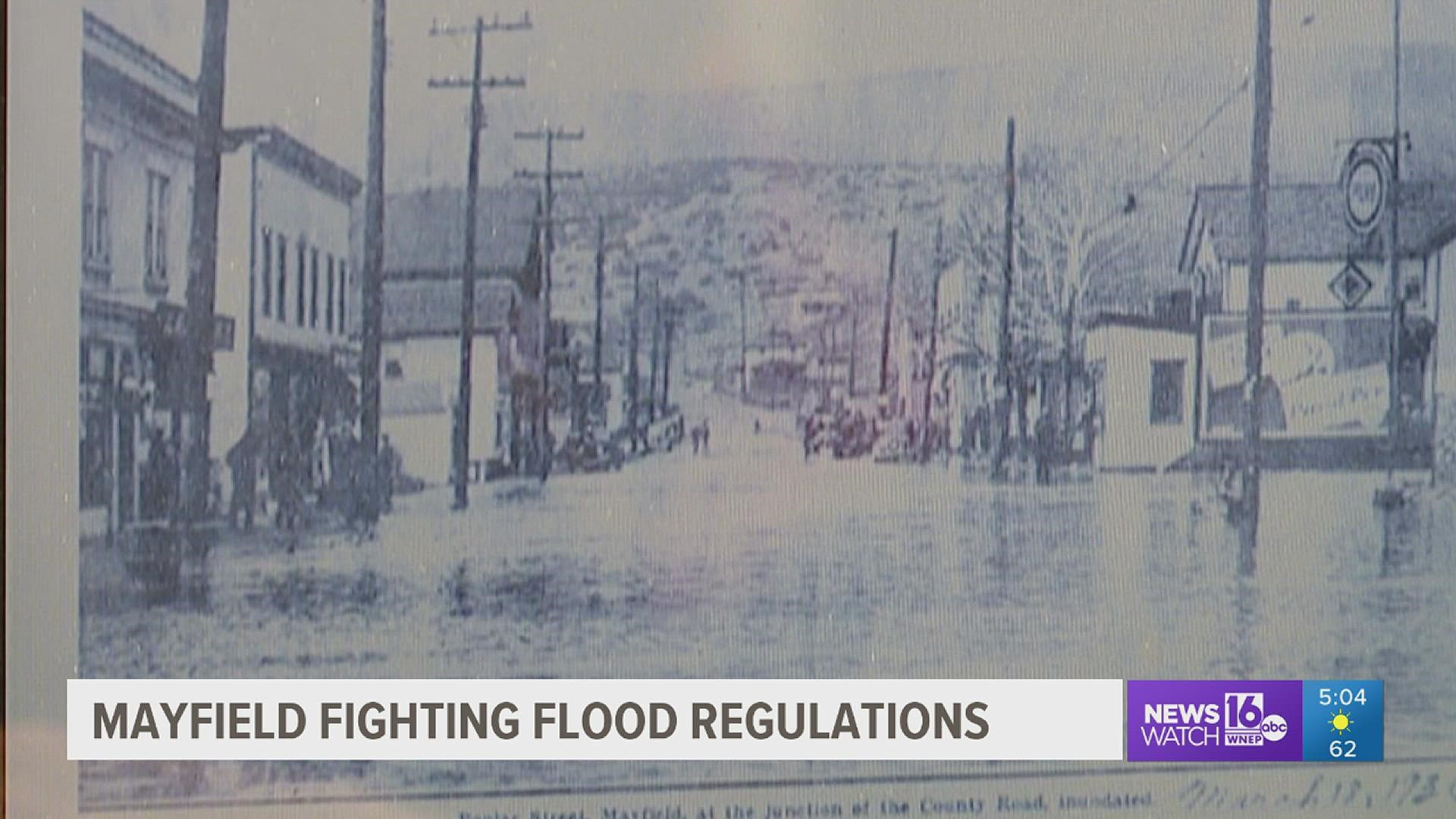 MAYFIELD, Pa. — Officials in the borough of Mayfield are fighting a federal regulation that they say could destroy any hopes for development of the borough's downtown.

The Federal Emergency Management Agency has placed hundreds of Mayfield properties in the flood plain, even though floods in the borough have long been history. Borough officials say Mayfield hasn't flooded since its levee was built in 1969.

Mayor Al Chelik and borough council went to the Federal Emergency Management Agency in 2018 in hopes of reversing FEMA's decision to put more than 300 Mayfield properties in the flood plain.

They say their pleas fell on deaf ears.

"We had a meeting that was attended by one of the county commissioners, by some of the state representatives, and the mayor put on his big PowerPoint presentation. And as soon as the presentation was over with, it was like, 'thank you, but this is what's going to happen,'" said Jim Perry, Mayfield's flood plain administrator.

What has happened is those 300 properties in Mayfield now need flood insurance.

Those property owners are in a grace period now where costs for the insurance are lower. But by the end of next year, homeowners may have to pay a few thousand dollars a year.

Business owners told Newswatch 16 their bills could be tens of thousands of dollars.

"They're able to absorb a 5 or 6 hundred dollar bill over a year's time, but when you start to get into the thousands, there are a lot of other decisions that need to be made," said borough councilman Ron Ryczak.

Now, Mayfield is looking for grant money to the tune of $2 million that will help them build up the borough's levee. Officials say that's the only way around FEMA's decision.

"To the best of our abilities and to our finances, we're going to continue to pursue this. They want something done tomorrow. It's not going to happen tomorrow. So, that's a frustrating thing for them. We're doing what we need to do. We're working toward this, we'll hopefully get there someday, but it's going to be a long time," Ryczak added.

Mayfield did receive a state grant that's helping with some of the engineering costs for the project. That work is being done now. It could be a few years until the levee can be built up, and those insurance bills can go down.