Russian Orthodox Church cooks for others on Ash Wednesday

Catholics who follow the Julian Calendar have a week until Lent begins, but they cooked up a traditional Ash Wednesday meal anyway. 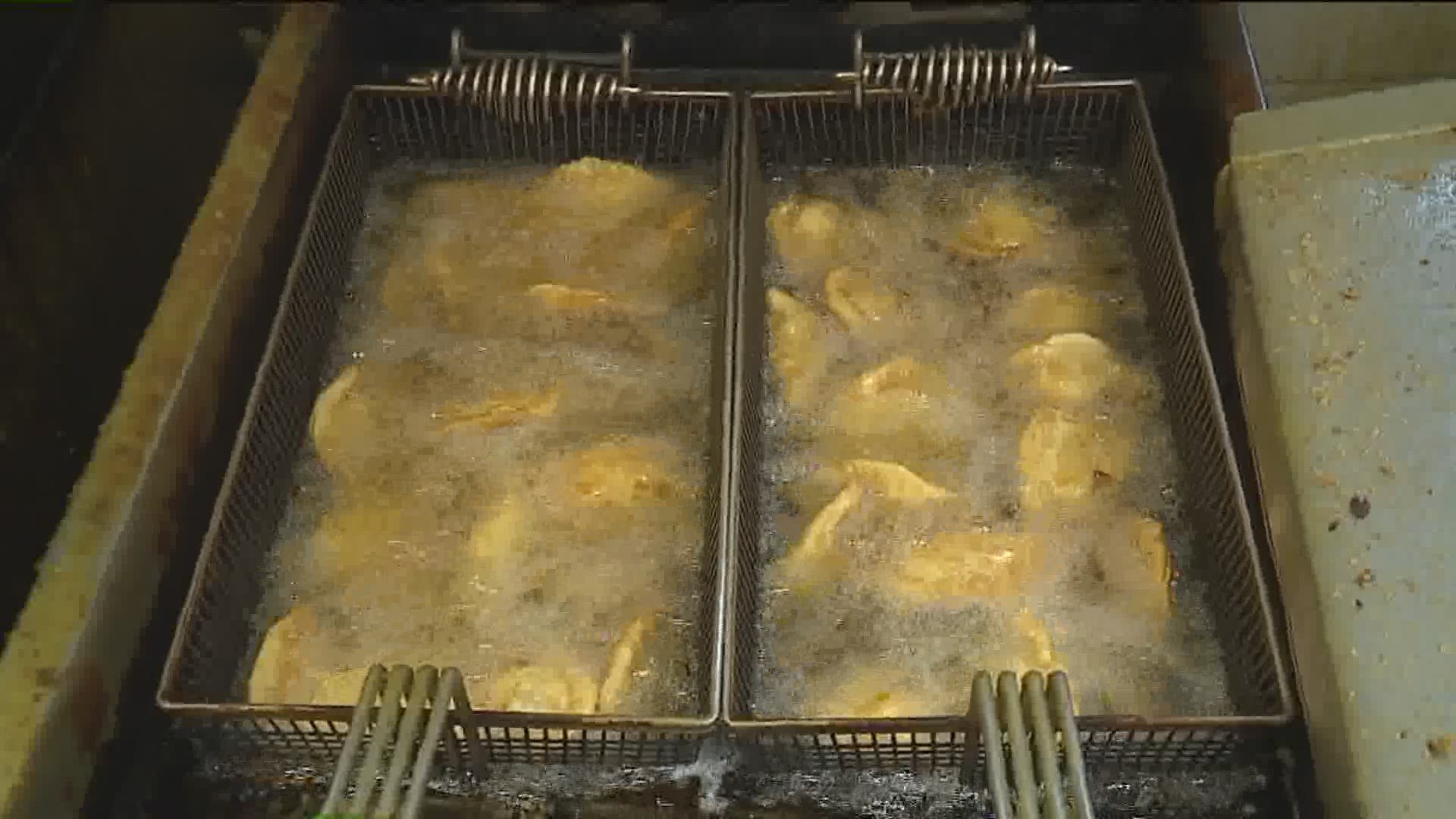 MAYFIELD, Pa. — The parishioners at St. John's Orthodox Church in Mayfield estimate that throughout the year, they work together to make more than 80,000 pierogies.

A few thousand are made for Ash Wednesday each year, and they are considered a delicacy of Lackawanna County's up valley.

"I'm going to go home and give them to my husband!" Lisa Buchinski said. "He loves them, every year we come."

"I came down the hill to get some, they're so good!" said Lubov Pavuk.

"I used to make them, but it's a lot of work, and their's are excellent," said Helen Lapiers.

Fr. John Sorochka has been at the helm of this sale for 50 years. We asked him a divisive question: What is it? Pierogi or pyrohy?

"It all depends on what side of the block you live on!" he said while manning the fryer.

He says all that matters is how they taste.

The irony of all this is that the Orthodox church does not observe Ash Wednesday, but the priest here says they're happy to help those who do.

For those who follow the Julian calendar, Lent doesn't start until next week. They say their fasting is stricter than the Roman Catholics.

Fr. John says a fundraiser on a holiday his church doesn't observe does achieve the goal of bringing people of different faiths to the same table.

"It gets people together. When people come together, they have a good time. Instead of sitting in your own little cubicle at home, you share yourself, you talk to people, and you have a new outlook on life. That's what we should be doing," Fr. Sorochka said.