A fire broke out Thursday at a well-known restaurant that was just getting back on its feet as Lackawanna County went to green. 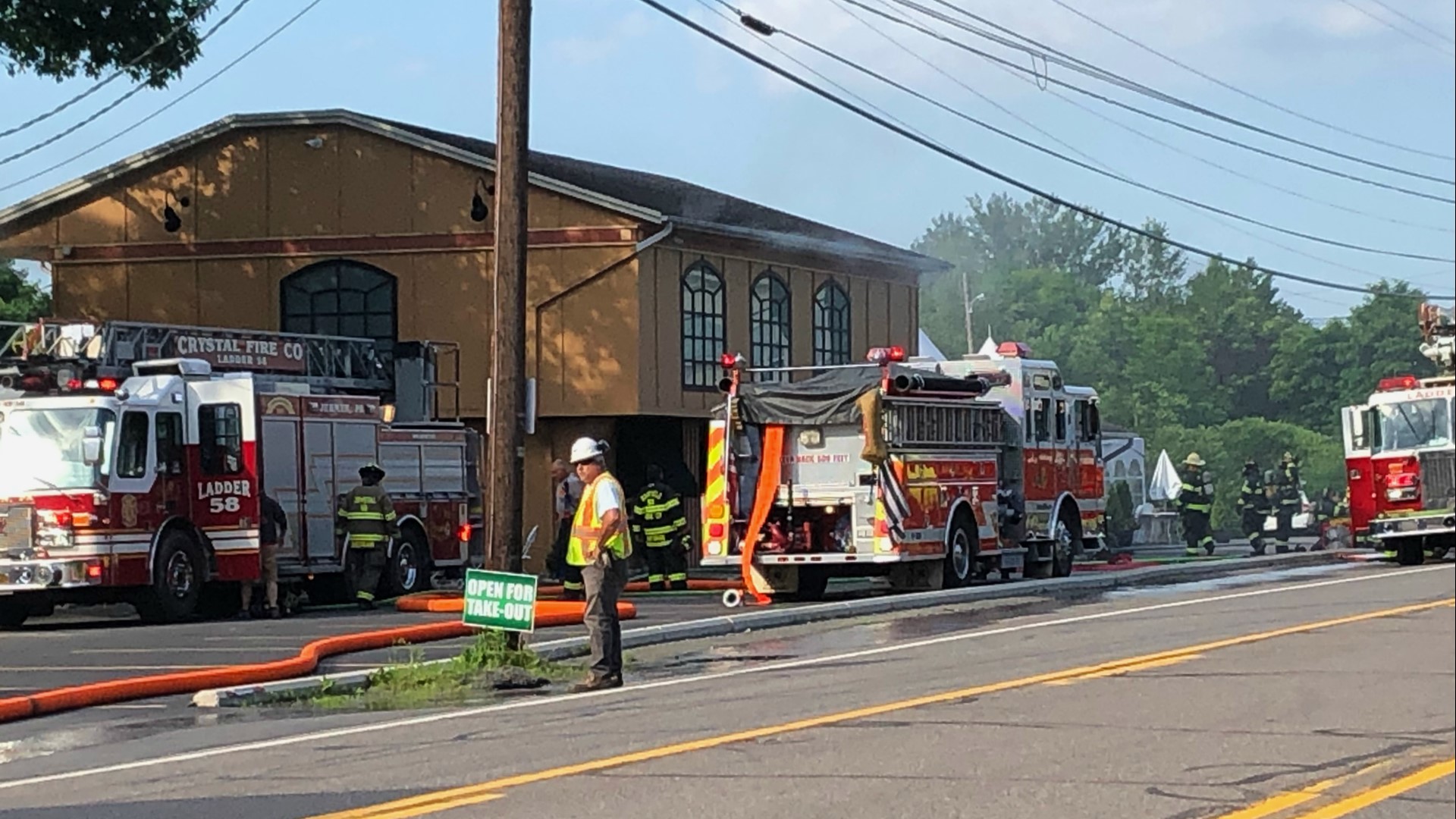 MAYFIELD, Pa. — Fire crews from several departments were called for a fire at 8 a.m. at Alexander's Family Restaurant along Business Route 6 in Mayfield.

The restaurant has been a fixture in that part of Lackawanna County for 60 years.

Fire crews from several departments responded to the fire. The fire chief lives nearby, and he said he could see smoke coming from the roof of the restaurant from his house.

The fire chief said the fire started in an area in the ceiling near the kitchen.

Crews had trouble getting water at one point because a nearby fire hydrant wasn't working properly.

One of the owners and a couple of employees were there getting prepared for the day when the fire started. There was a lot of smoke, and one person was taken to the hospital to be treated for smoke inhalation.

"They smelled something, and they looked at smoke coming from the ceiling blocks. And they, by the time they opened it up, they got the extinguisher to fire. It was progressing pretty fast, and they did a good job trying to knock it down, but it just took off, you know, we had to use hand lines in there," said Mayfield Fire Chief Joseph Tomcavage.

The fire chief says the state police fire marshal determined the fire to be an accident due to faulty wiring.

One of the owners and a couple of employees were here getting prepared for the day when the fire started.

"Him and the cooks, you see where they use three big portable extinguishers trying to put the fire out, from what I was told from one of the cooks. I guess he must have took a lot of smoke and the exertion, so they did take him to the hospital," Chief Tomcavage said.

Alexander's Family Restaurant has been in this spot for the last 60 years. The restaurant had just started serving customers again when Lackawanna County went to the green phase last Friday.

"The tents have been helping us; we put the tents up in this. Our business is almost as good as it used to be with the tents," said owner Alexander Wanas.

This fire was a setback for the restaurant, but the family says the damage could have been worse.

"I was just hoping everyone was OK. That was the main thing and just hoping that everything could get fixed. It's just been a rough few months trying to get everyone back. We put up some tents. We're just trying to get everything back, and then this happened, so it's a shame. I just wanted to say thank you to the firefighters. They really got it down quick," Wanas said.

The Wanas family says they hope to be able to reopen in a few weeks.