LENOX TOWNSHIP — A nearly one-million-pound piece of equipment has been inching its way toward a power plant in Lackawanna County for days, causing delays... 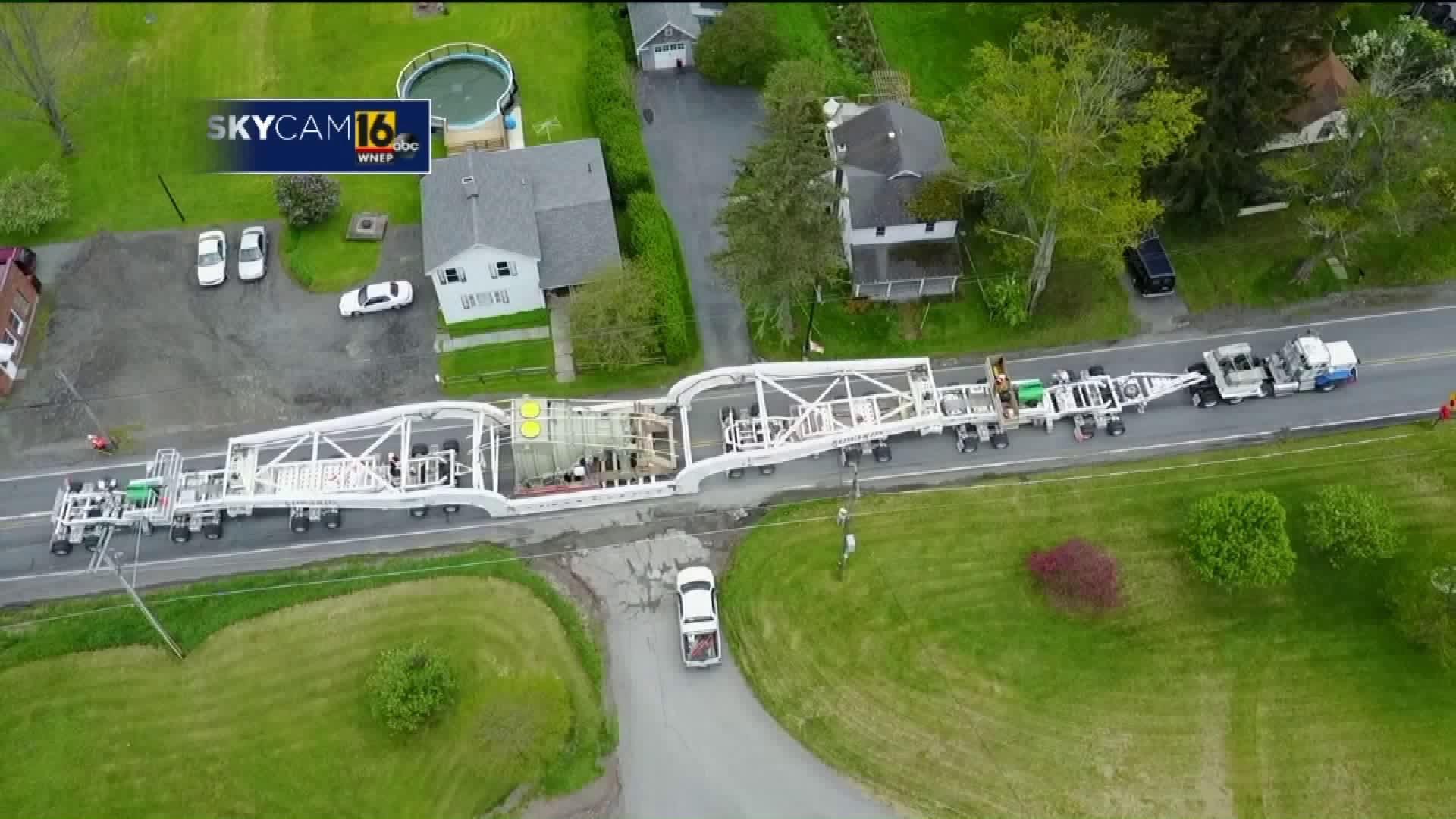 LENOX TOWNSHIP -- A nearly one-million-pound piece of equipment has been inching its way toward a power plant in Lackawanna County for days, causing delays in communities as it passes through.

On Monday, it crawled through Susquehanna, Wyoming, and Lackawanna Counties.

The massive steam turbine part is headed from Schenectady, New York to the Invenergy power plant being built in Jessup. Crews spent the day navigating the massive delivery along windy roads in the northern tier.

It was quite the sight as an entourage of vehicles and hauling crews guided the super load along Route 374 near Nicholson. It has been on the road for days, traveling just a few miles-per-hour.

"A little tied up a mile and a half up the road. It's massive," said Leeann Perez, who owns a salon in Fleetville. "This is cool, interesting, history in the making."

Perez closed her salon early, knowing the super load was on its way there to stop for the day. She waited for the precarious operation to inch past her driveway off Route 407 at Pine Hill.

Crews had to remove signs along the route and lift wires overhead to make way for the huge piece of equipment and the 345-foot-long trailer.

People watched in amazement along the roadway.

"It looked like some kind of gate or portal or something. It's kind of creepy," said John Lacotta of Scranton.

"It was massive. It was cool. Everybody stopped what they were doing and watched this thing crawl up the road. It was huge," said Alicia Prater.

With traffic at a standstill, people made sure not to miss all the action.

"This is a big thing in Fleetville. Everyone came out to see it," said Katie Faux of Fleetville. "When they pull it out, they'll get back to normal."

On Tuesday, weather permitting, the super load will make its way from Fleetville to the power plant off the Casey Highway in Jessup.

Invenergy has three more of these pieces of equipment to bring in over the next few months before the plant is up and running.