SCRANTON, Pa. — Marywood University has decided to rescind awards given to Bishop James Timlin,  bishop emeritus of the Diocese of Scranton, after revelat... 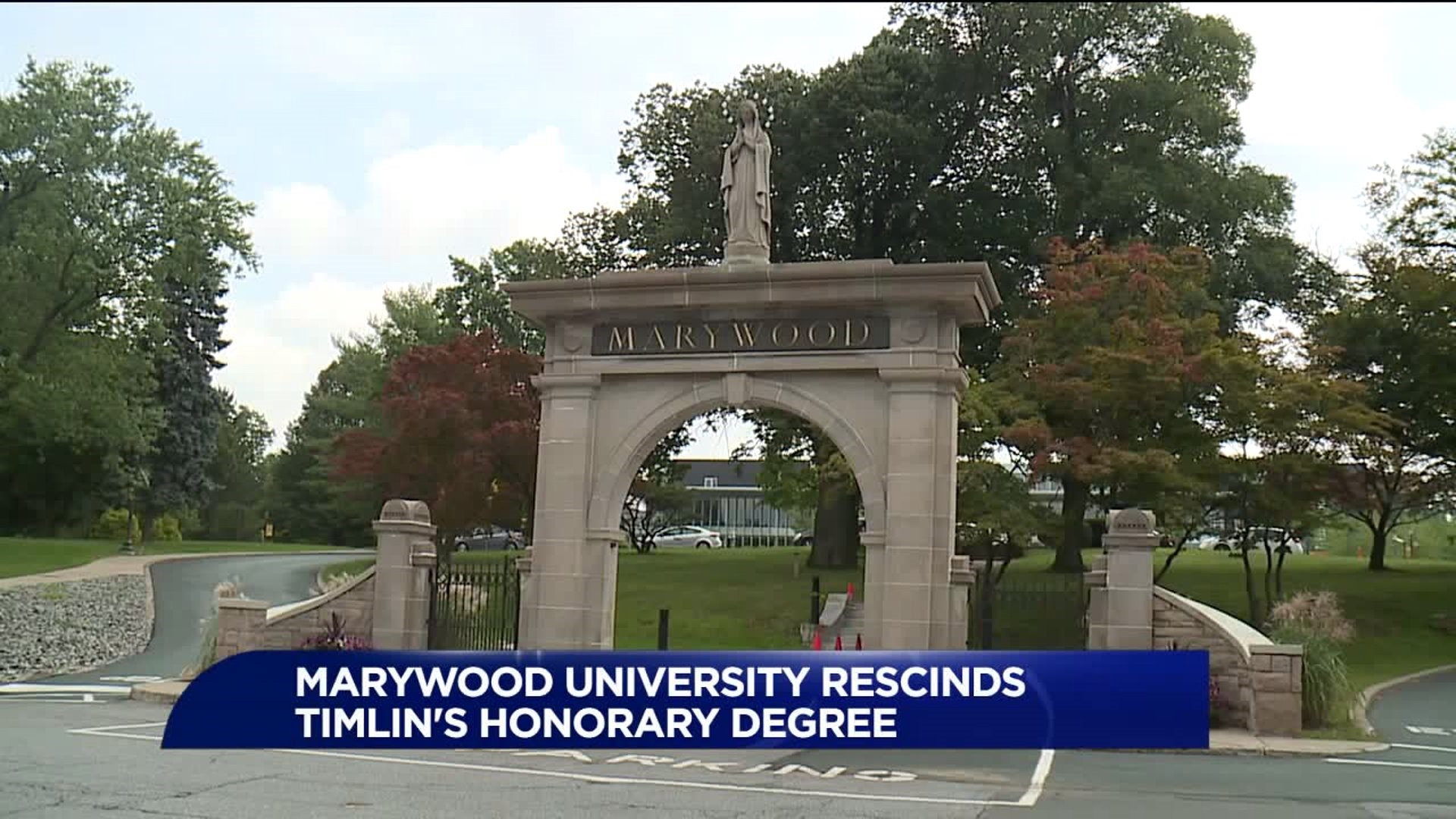 SCRANTON, Pa. -- Marywood University has decided to rescind awards given to Bishop James Timlin,  bishop emeritus of the Diocese of Scranton, after revelations in a grand jury report that indicated mishandling of cases of sexual abuse by priests.

Marywood's board of trustees voted to rescind an honorary doctorate given to Timlin in 2003 and a presidential medal given in 2012.

"The entire Marywood University community is profoundly saddened by the report issued by a Pennsylvania grand jury on sexual abuse by priests and the inappropriate handling of these allegations by some bishops. Since the release of the report’s findings, we have been working with other Catholic colleges and universities, our university trustees, and members of our own community to assess what actions must be taken to support and advance the published statement by Bishop Joseph Bambera, Bishop of the Diocese of Scranton, that “child sexual abuse cannot be tolerated and must be eradicated.”

"In addition, due to the implications of the grand jury that some bishops of the Diocese of Scranton placed children and vulnerable persons at risk by failing to appropriately handle abuse cases and concealing reports of sexual abuse committed by priests, the Marywood University Board of Trustees has voted to rescind an honorary doctorate and a presidential medal bestowed on bishop James C. Timlin in 2003 and 2012 respectively. No honorary degrees or formal accolades were bestowed by the university on any other bishop referenced in the report.

"As a Catholic institution, Marywood University educates men and women of all backgrounds about the tenants of the Catholic faith and intellectual tradition. In light of these devastating events of the past, we recognize that change begins with us. We step forward to rebuild and grow a community of faith that better reflects our true beliefs and to pray for and with a new generation that seeks meaning, authenticity, and purpose."