50 years ago, the motherhouse for the IHM sisters at Marywood University burned down. The loss changed the campus and the lives of the sisters there. 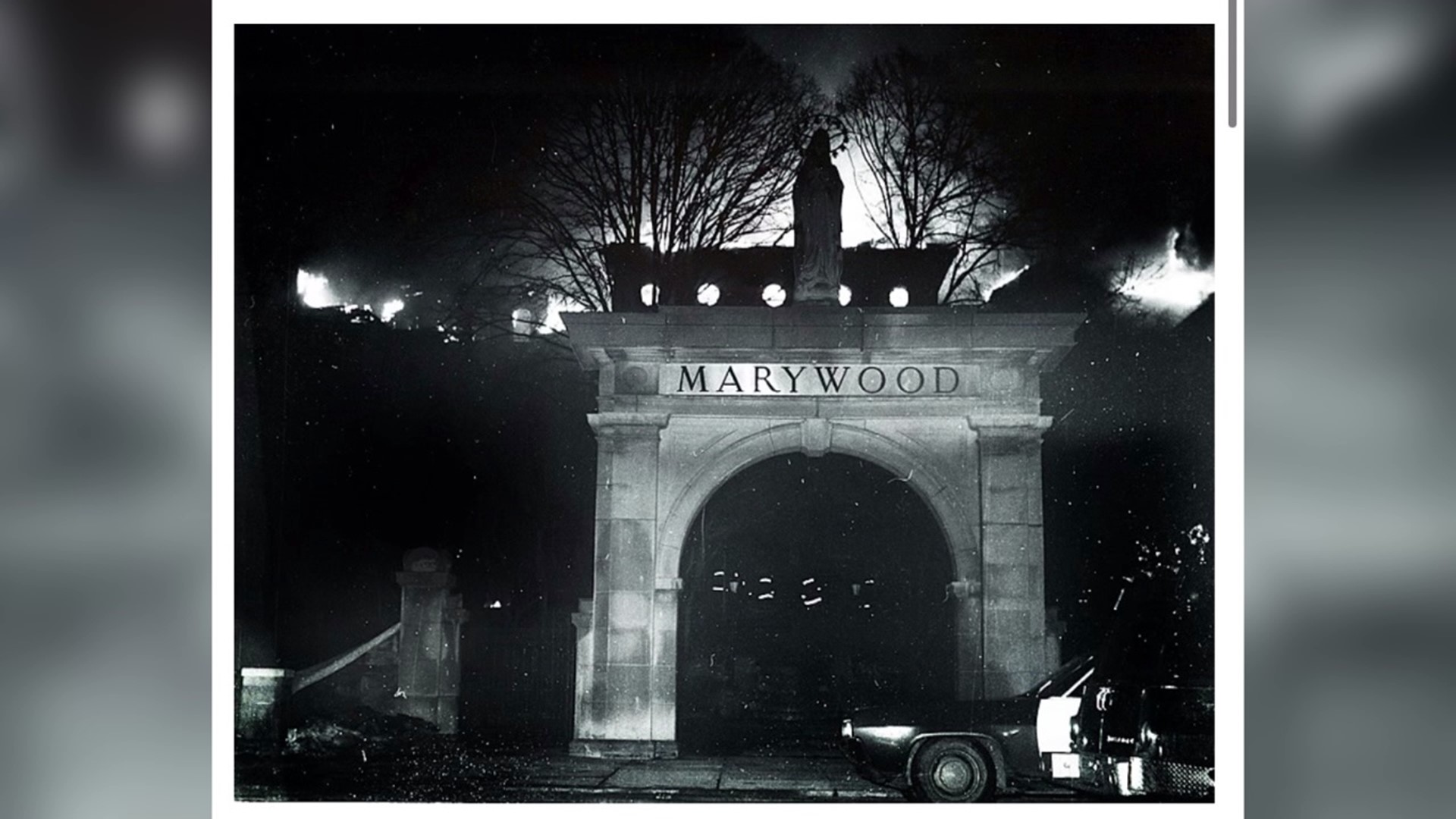 SCRANTON, Pa. — The Marywood University archives are filled with black and white photos from February 22, 1971, but the memories of the fire that destroyed the motherhouse for the Sisters, Servants of the Immaculate Heart of Mary (IHM) still live in color in the minds of many sisters who were there.

"I looked down, and the motherhouse was an inferno. I'll never forget the feeling in my stomach. Because my first thought was, our junior sisters are never going to get out of there," Sr. Redempta Sweeney recalled.

The IHM sisters looked back in a virtual remembrance ceremony on the 50th anniversary of the fire that changed the landscape of the college.

"And changed forever the lives of Scranton IHMs. Miraculously, no lives were lost in that fire, though several sisters and fire personnel were injured, some seriously. This year, 50 years later, we pause to remember the images and stories of that night," said Sr. Ellen Maroney, IHM president.

The sisters shared harrowing stories of the fire at the motherhouse. The building served as the center of Marywood College at the time and as a dormitory for junior sisters.

Sr. Bernadette Thomas detailed how she and another nun were trapped by the flames.

More than 100 sisters were forced out by the fire. The flames destroyed the building and many historical records belonging to the IHMs.

"It was a terrible, eerie, eerie feeling that night, watching the fire progress and wondering in our hearts what would happen," Sr. Dorothy Kibler said.

The spot where the motherhouse once stood is now a snow-covered green space on Marywood University's campus. Students pass by a memorial plaque each day.

A virtual memorial service ceremony will be held on Sunday, February 21, 2021, commemorating 50 years since a massive fire destroyed the Motherhouse & Seminary on the campus of Marywood University.