SCRANTON, Pa. — Husband and wife, both teachers, are both facing charges for the sexual abuse of a student. The two teachers from Lackawanna County were a... 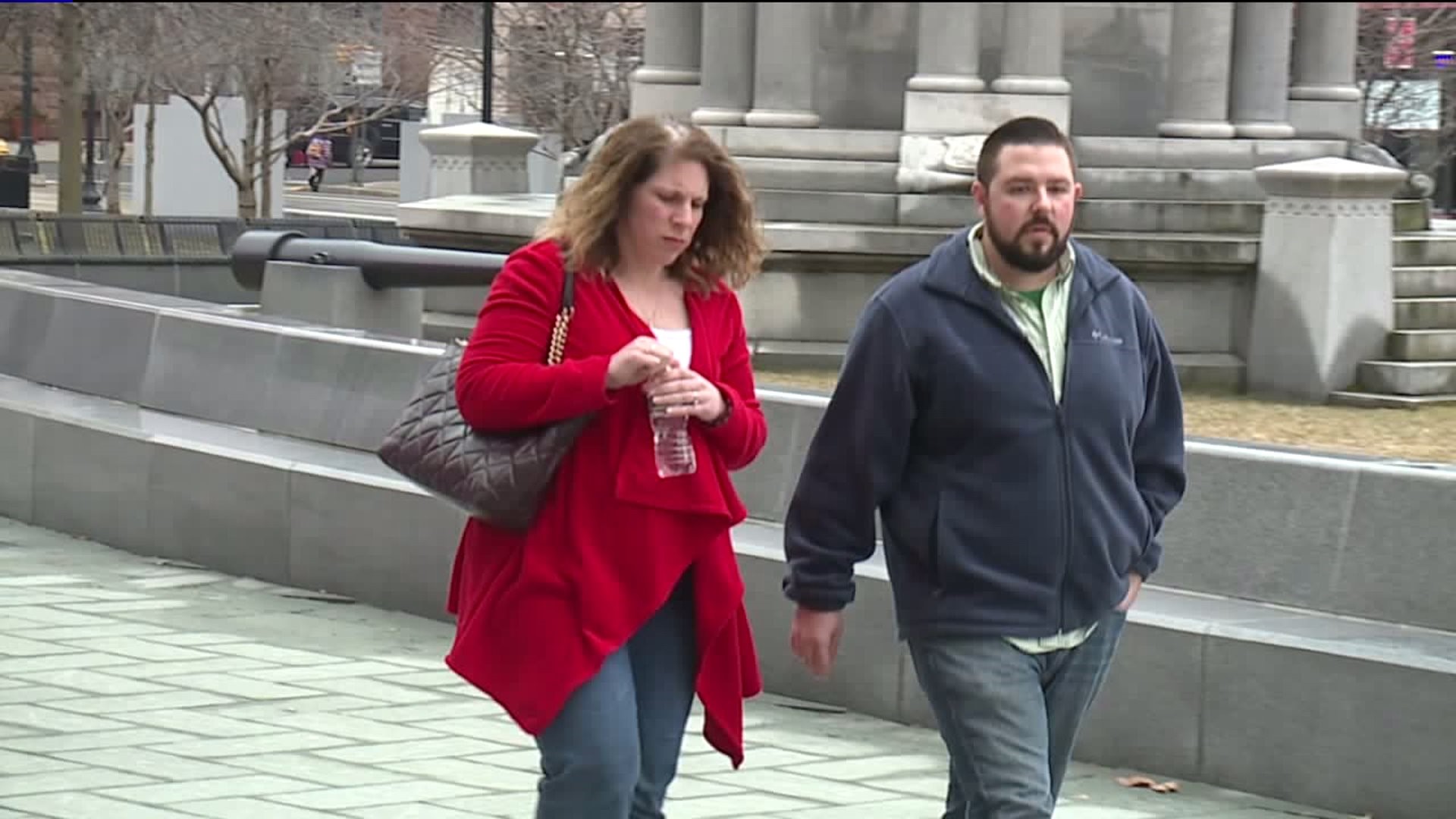 SCRANTON, Pa. -- Husband and wife, both teachers, are both facing charges for the sexual abuse of a student.

The two teachers from Lackawanna County were arraigned Thursday afternoon on charges of institutional sexual assault for the alleged abuse of a teenage girl.

The two teachers are husband and wife.

Ruth and Nick Baggetta are both teachers -- Ruth, a music teacher at Lakeland High School and the school's band director, Nick teaches at Fell Charter School near Carbondale.

Both are facing charges for the abuse of the same girl, starting when she was 16 years old.

Earlier this month a student, now 18 years old, came forward with allegations against Ruth and Nick Baggetta of Greenfield Township.

According to arrest papers, her story starts back when she was 16 and the Baggettas were engaged to be married. The girl confided in Mr. Baggetta about problems at home and they began a friendship that later turned sexual.

That relationship, she says, was supported by Ruth Baggetta who allegedly told her husband to "get it out of his system" before the couple married.

Ruth Baggetta is a music teacher and band director at Lakeland Junior/Senior High School. Nick Baggetta is a teacher at Fell Charter School near Carbondale.

Both were arraigned on charges of institutional sexual assault, because of their jobs as teachers. They're also charged with corruption of minors and endangering the welfare of children. Ruth is also charged with failure to report child abuse because she allegedly knew about her husband's relationship with the girl but said nothing.

The girl told investigators that Ruth Baggetta was more than aware she often spent Friday nights with the couple, sometimes sleeping in their bed with them.

On one occasion, the girl said, Ruth Baggetta said she bribed her husband by telling him he could have sex with both of them.

Ruth Baggetta is suspended from her job at Lakeland.

The district solicitor saying in a statement:

"Ruth Baggetta was suspended from her employment with the school district immediately after the allegations were brought to the district's attention. The district is taking appropriate action to convert the suspension to indefinite and unpaid."

"Nick Baggetta, a full time special education teacher employed by the Fell Charter School was suspended from his employment with the Charter School on March 20th, 2018, immediately after the allegations were brought to the school's attention, with pay, pending further investigation. Fell Charter School is now taking appropriate action to convert the suspension to an indefinite period of time and unpaid. The school is fully cooperating with law enforcement during this investigation and has met its obligations required by the PDE and the law."

Both Baggettas were arraigned and released on $100,000 bail. They're due back in court next week.