SCRANTON — A job expo in Lackawanna County sought to be the missing link between employers and the unemployed. The Greater Scranton Chamber of Commerce Jo... 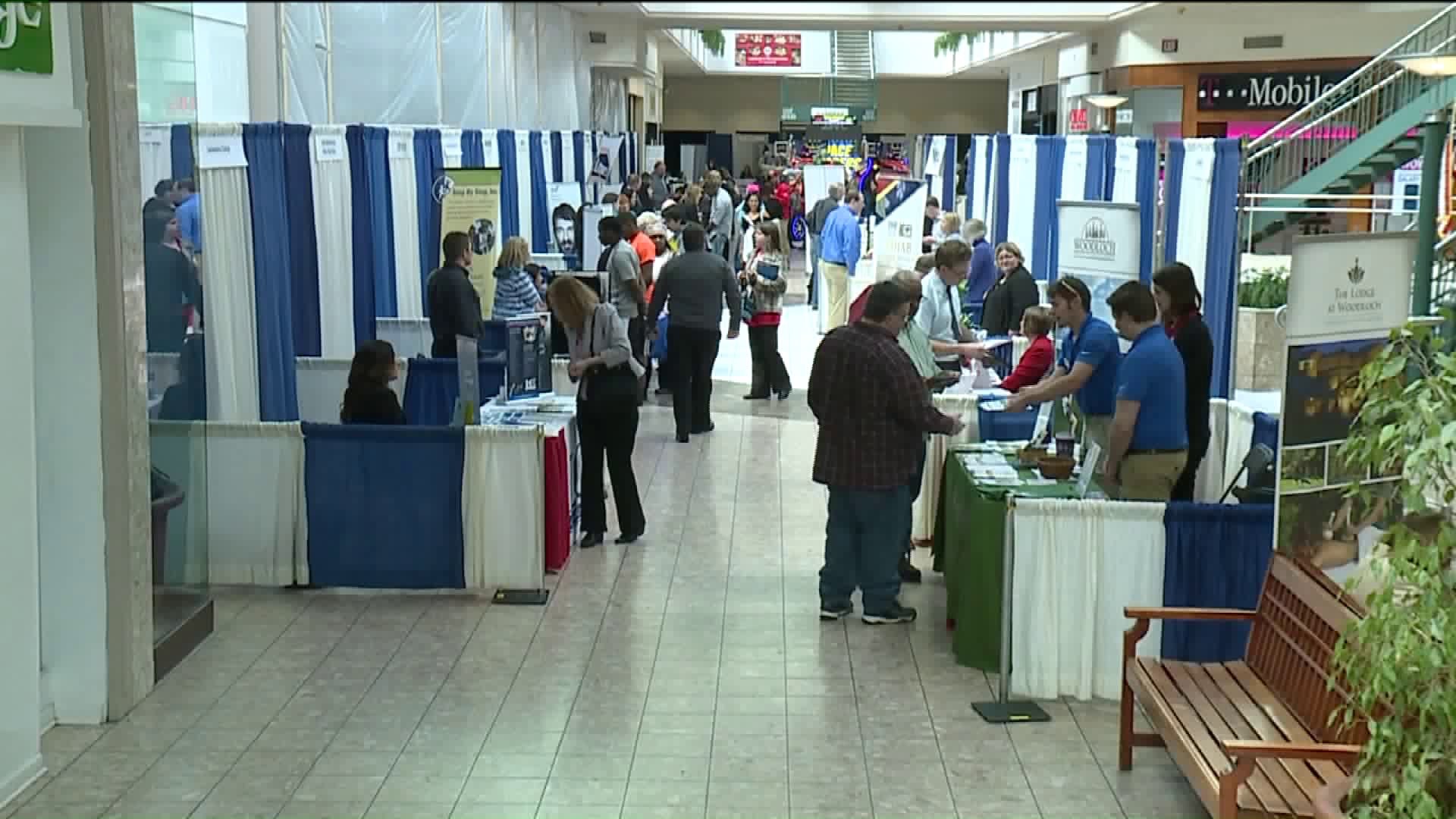 SCRANTON -- A job expo in Lackawanna County sought to be the missing link between employers and the unemployed.

The Greater Scranton Chamber of Commerce Job Expo was held Wednesday at the Marketplace at Steamtown, and many say it drew both locals and commuters alike for one reason: available jobs in our area.

For those who moved to the area, the expo proved to be just the confidence booster they were looking for.

"I actually am looking for something in the care business, care of children, elderly, things of that sort," said Hayley Weaver, of Allentown. She moved to the Scranton area without work lined up, and after visiting the expo, she felt as though she made the right choice for her career. "I've actually found a lot here which is really great!"

Another non-native, Katelynn Hurley, has taken a shine to the Electric City herself -- after completing her studies at Marywood University, Hurley hopes she can stay in Lackawanna County as long as there is the right job available.

"I moved up here five years ago for college, and I'm probably going to stay in the area. I like it up here," said Hurley. "So hopefully, stay in the area, I guess it just depends on where you find a job."

One of the 50 employers present at the expo, Maid-Rite Steak Company, made adjustments to its job seeking. It's now offering bilingual interviews in both English and Spanish in an attempt to help fill the 35 open positions they have available.

"I would say we have a 60 percent Hispanic population," said Ashley Blaum of Maid-Rite. "We also have a large Nepali population [at Maid-Rite]."

And while job interviews can be intimidating in any language, many of the job seekers agreed that face to face interaction may make it a little easier. Most of those job seekers told Newswatch 16 that they've done most of their job hunting online so far, adding that something like this helps to make it a little more personal.

"There's so many job boards online and it's just, actually talking to a real person you can kind of get a little more guidance, find more out about the position," said Hurley.

"Seeing it in person is a lot easier and talking with the people that I might be working with," added Weaver. "It's really helpful."

Each application can help toward Lackawanna County's shrinking jobless rate, which last clocked in around 5.5% according to the Bureau of Labor Statistics.