VANDLING, Pa. — Police are looking for the man they say not only assaulted his girlfriend but threw cats out a window and abandoned a dog in Lackawanna Co... 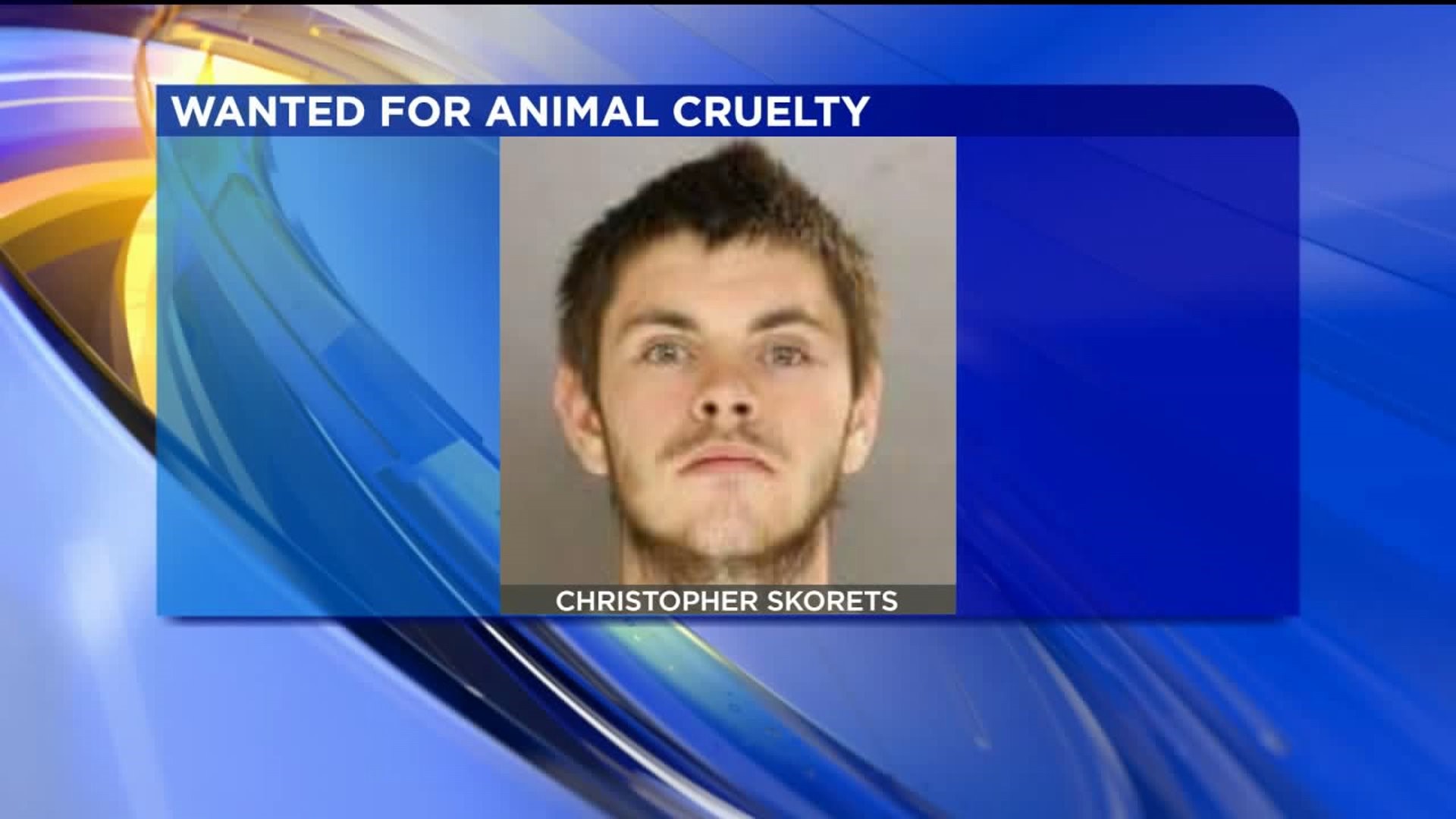 VANDLING, Pa. -- Police are looking for the man they say not only assaulted his girlfriend but threw cats out a window and abandoned a dog in Lackawanna County.

Christopher Skorets, 19, of Carbondale, is wanted on aggravated assault and animal cruelty charges.

Officers say Skorets abused those pets last week in Vandling, and so far, a cat and a dog are missing, and investigators fear the worst.

A hole in a window screen along Main Street in Vandling is where police say seven cats were thrown out to the ground two stories down.

According to court papers, Skorets was arguing with his girlfriend and admitted to police he threw the animals out and even went for a walk with their dog and abandoned it.

"There's no reason to do that to any kind of animal. It's not right," said neighbor Paul Rixford.

Neighbors wound up taking in most of the cats, but two are still missing. Investigators say Skorets was evicted and charged with animal cruelty.

So far, he's still not in custody and police have posted to Facebook asking for the public's help to catch Skorets.

"If you've hurt multiple animals and you have hurt another human being, you're a danger to yourself and to others," said Forest City Police Chief Jim Johnson.

Court papers say Skorets also beat his girlfriend pulled out her hair, threatened to kill her, her children, and her pets. He's facing assault charges in addition to animal cruelty.

"It sounds pretty bad, sounds brutal to throw them out the window through the screen and everything, that's, I couldn't do it," Rixford said.

Photos show some of the cats now living with neighbors. Officers aren't sure where Tera the dog is and court papers say, at first, Skorets claimed he killed the dog, then changed his story and said he let it go.

"We do not know where the dog is. We were told it's possible the dog was killed. We don't have proof, haven't found the dog or the dog's body," said the chief.

Police hope Skorets turns himself in and believe he could be in the Carbondale area.