THROOP — A man decorating a gravesite for Easter died Monday morning when a headstone fell on him in Lackawanna County. Police say Stephen Woytack, 74, of... 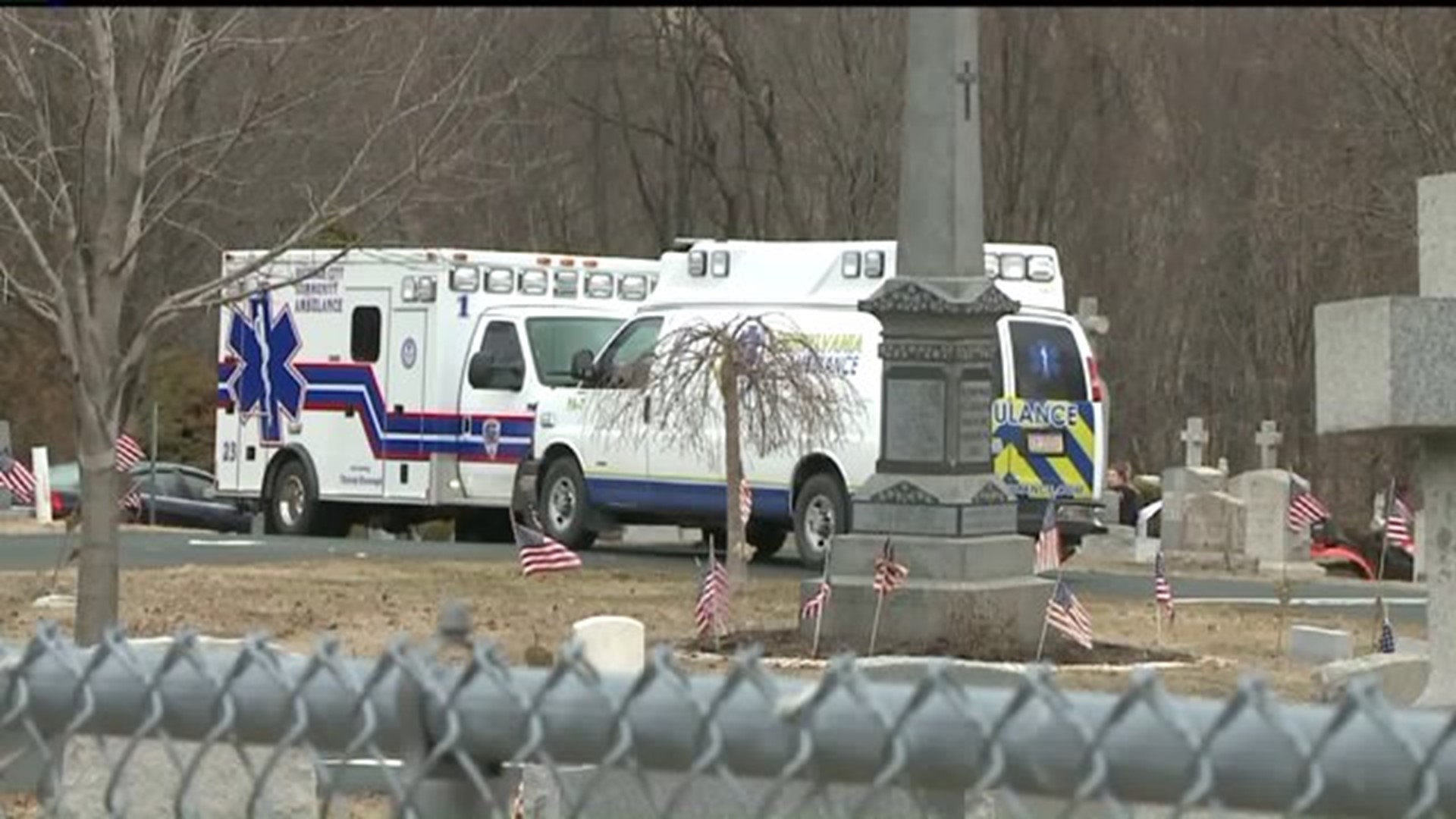 THROOP -- A man decorating a gravesite for Easter died Monday morning when a headstone fell on him in Lackawanna County.

Police say Stephen Woytack, 74, of Scranton was the man killed at St. Joseph's Cemetery in Throop.

The cemetery's caretaker spoke with us shortly after the incident. He says Woytack and his wife decorate the family grave for Easter every year.

Ed Kubilus is the caretaker for St. Joseph's Cemetery in Throop. Every Easter he can count on seeing the couple from Scranton.

"They tie a cross to it every year, the both of them. And after they're done tying the cross, they stand there and say prayers and they leave," said Kubilus.

But this visit, Kubilus says, will stay with him forever.

"Usually I come down and talk to them right away but I went up the other end to start picking up the Christmas ornaments and she came running up, 'Help me, the stone fell on Stephen!'"

Throop police say Stephen Woytack was kneeling beside his mother-in-law's headstone as his wife was on the other side, tying a cross on with string. The stone fell on Woytack, killing him.

Kubilus says each spring when the ground begins to thaw, some of the bases tilt and the stones on top can slip.

"I've come over and saw six stones fall from the winter. Winter, and the ground gets soft and the stones fall over and you have somebody come and pick them up."

But it was still difficult for Kubilus and first responders to process how this tragedy unfolded. St. Joseph's is a Catholic cemetery affiliated with the Mary Mother of God parish in Scranton.

Bishop Joseph Bambera of the Diocese of Scranton released this statement:

"It is unimaginable to think that a visit of a faithful couple to the grave of loved ones in anticipation of the celebration of Easter could have ended in such a tragic manner. Our thoughts and prayers are with the deceased and his family."

Stephen Woytack will be laid to rest in St. Joseph's Cemetery. Kubilus says his plot is right in front of the headstone that killed him.

"The priest gave them a ride home and gave the man his last rites; I called the rectory up as soon as it happened."

Throop police say they still have some work to do, but their investigation should be closed soon. The chief says this is just a horrible accident.

Throop PD confirms a 74yo man was killed when a headstone fell on him at St Joseph Cemetery @WNEP pic.twitter.com/1y2cWKc0La