SCRANTON, Pa. — A man from Scranton will stand trial for impersonating a veteran. Prosecutors say while Christopher Crawford was lying about his military ... 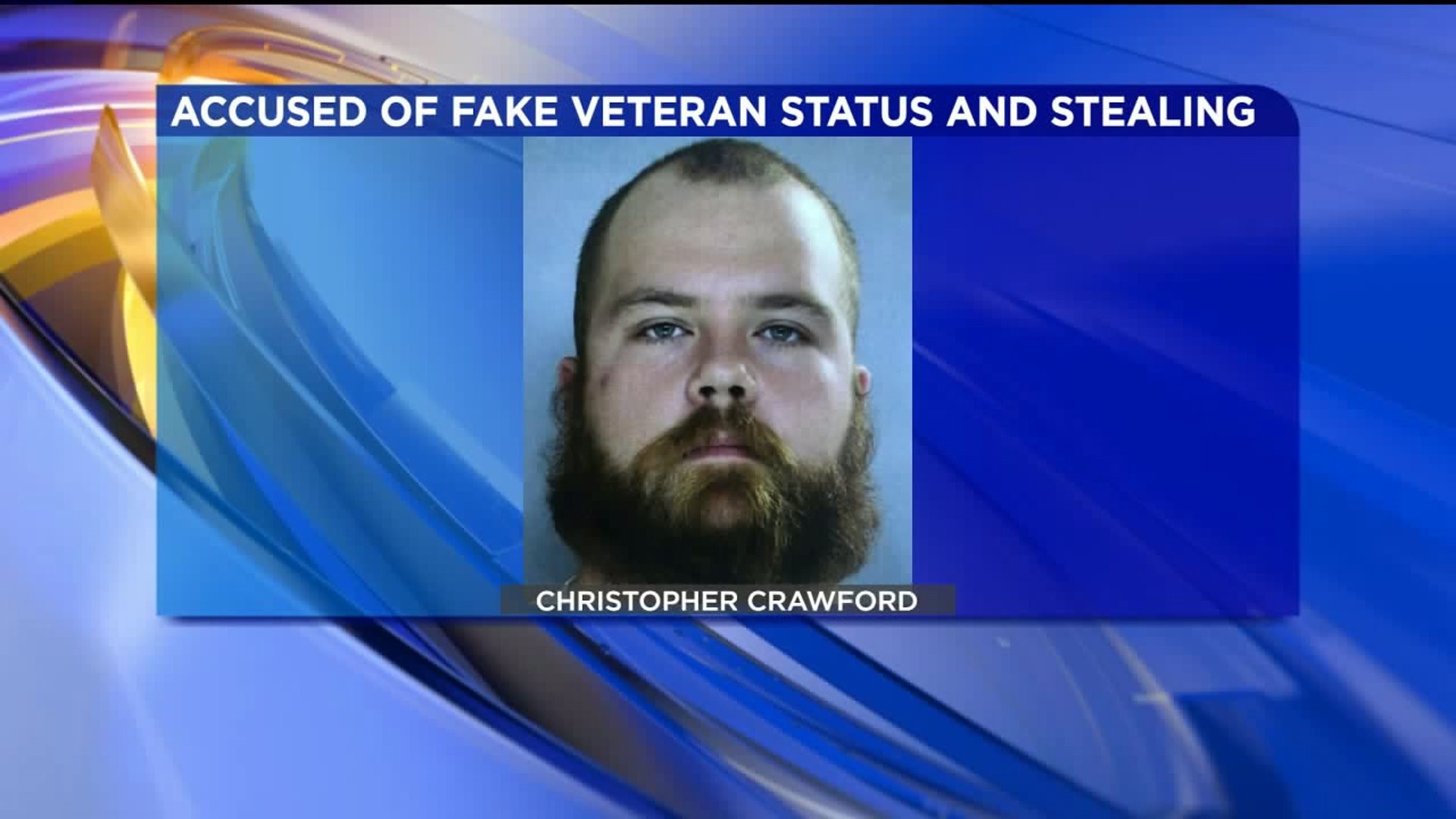 SCRANTON, Pa. -- A man from Scranton will stand trial for impersonating a veteran.

Prosecutors say while Christopher Crawford was lying about his military record, he was stealing money from the American Legion in the city where he was a member.

Crawford was serving as an officer at American Legion Post 568 in the Minooka section of Scranton. Last summer, his fellow officers reported Crawford for allegedly stealing $16,000 from the organization. That's when it was also discovered that Crawford was not a veteran at all.

The veterans we spoke say between those two sets of charges, it's the stolen valor, not the stolen money, that hurts most.

In a preliminary hearing, prosecutors showed a magistrate a Facebook photo of Christopher Crawford. It says he's an Army veteran. Crawford is wearing a combat infantry badge in the photo, a distinction veterans say he never earned.

Crawford's been behind bars for allegedly stealing from American Legion Post 568 on Birtney Avenue.

"The military is a brotherhood, so to put your trust in somebody like that and for this to happen, it's just, it really hits home. This definitely hurts more than the theft itself," said Post 568 Commander Staff Sgt. Sean O'Shea.

Sgt. O'Shea says Crawford came to them from a post in Pittsburgh. He never gave either post the required discharge paperwork.

A VFW post commander in Scranton said Crawford approached him, too, but he refused to submit the proper paperwork.

"He came in like he wanted to take over the place, he did state that to me. He wasn't coming in to take over, I did ask him for a DD 214 which he never produced and that sent up the first flag," said Vietnam veteran James Kuchwara.

Crawford's DD 214 discharge form would have shown that he went AWOL after a few months of Army boot camp in 2007.

Instead, Crawford told members at the American Legion that he was an Iraq war veteran injured in an IED explosion.

"It doesn't matter what you did while you were in the service, just the fact that you served is worth creditability in my book and I think everyone's book. And to go a step further, and make up a story where people have actually lost their lives and it's affected people, to go that far, it's, I don't know, something I can't understand," said Sgt. O'Shea

"Us living veterans honor and respect one another but it's all about those veterans who never came home from any war. For him to do that, it just turns our stomach," Kuchwara said.

The charges Christopher Crawford is facing for allegedly lying about his service became law in Pennsylvania in 2017 under the Stolen Valor Act. This is the first time they've been prosecuted in Lackawanna County.

Crawford will be tried on the stolen valor charges and the theft charges at the same time. That trial is scheduled for later this month. Veterans that we talked to said they will be there.