One other person transported to hospital, residents displaced 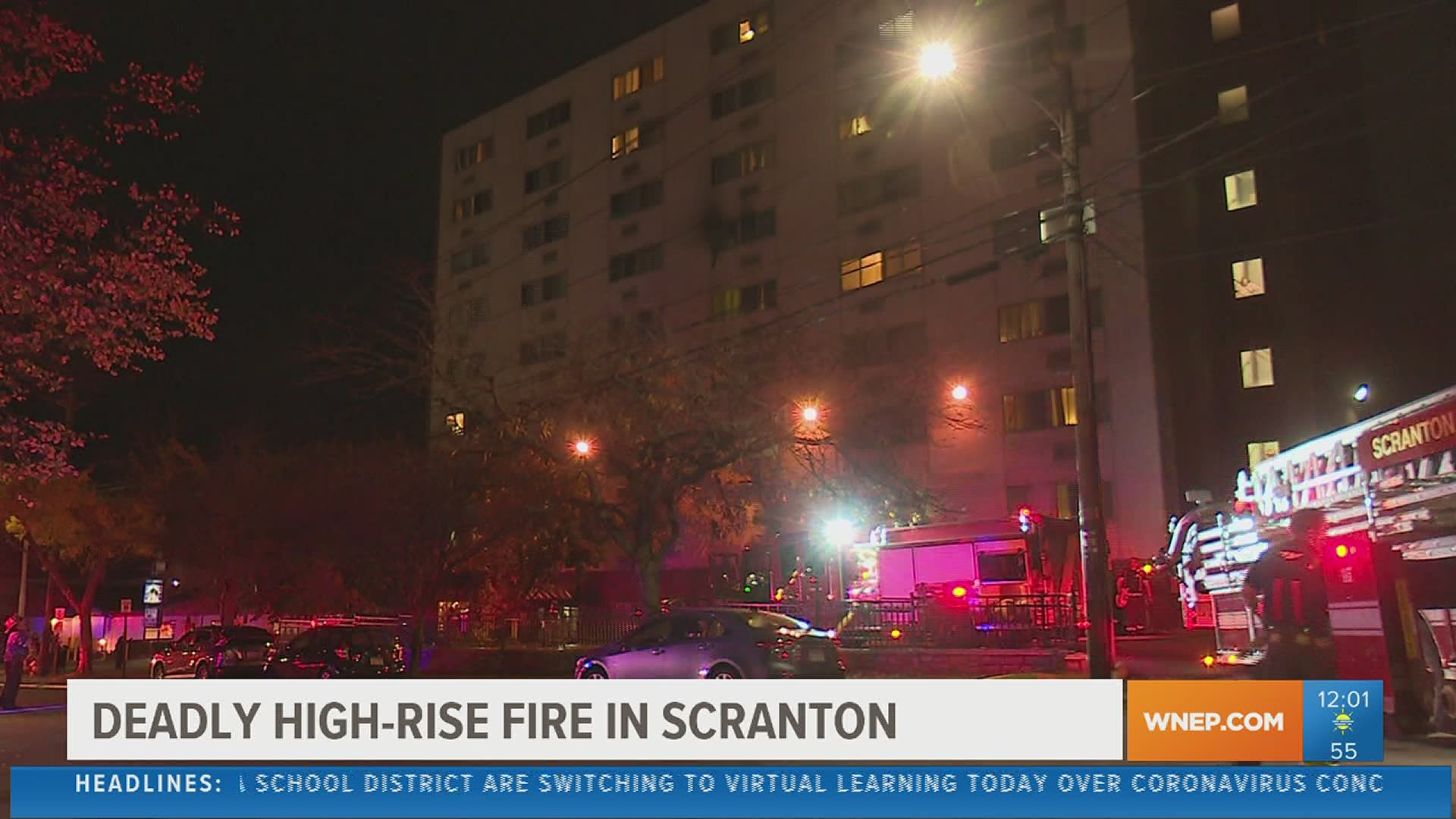 SCRANTON, Pa. — A 62-year old man has died after a blaze here at United House Apartments on Pine Street in Scranton, according to the Lackawanna County coronor.

"Two residents tried to get the man from the apartment where the fire was but they couldn't get through the smoke," said building resident Linda Austin.

Those officials said it appears to have been an accident.

More than 100 people were forced out of the high-rise.

Some folks managed to stay overnight with friends and family, but the others taken first to nearby Geisinger Commonwealth School of Medicine and then to Scranton High School, as they waited for an inspector to check out and clear the building.

"We've been taken care of, that's what i can say is that through this hard time, you know? Everyone did a great job, they got the people out quickly, you know it was stressful but everyone got out, my neighbors, my floor," said resident Jo Harris.