SCRANTON, Pa. — A man has been incarcerated for making faulty purchases and stealing money from American Legion Post 568 on Birney Avenue. Christopher Cra... 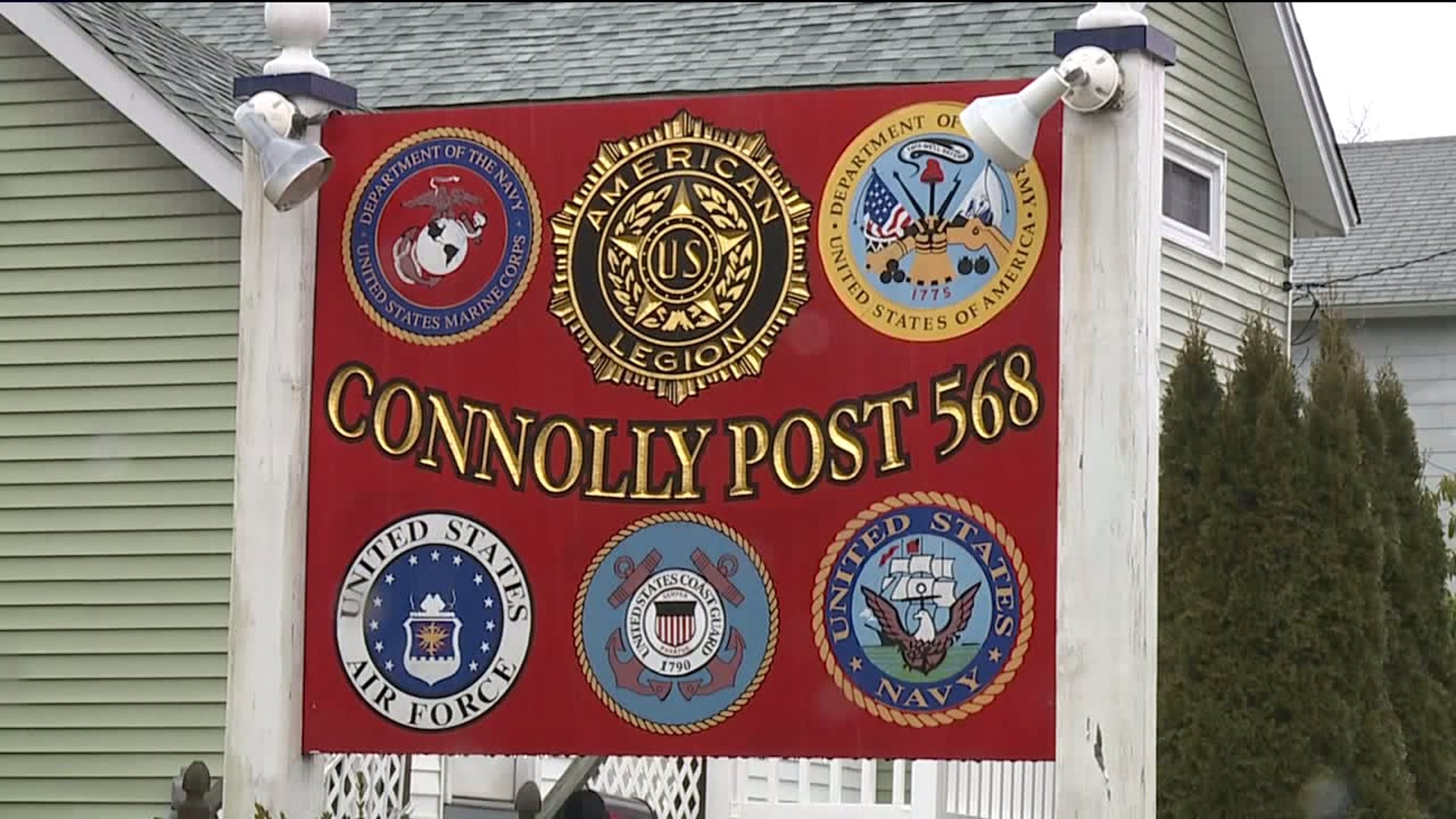 SCRANTON, Pa. -- A man has been incarcerated for making faulty purchases and stealing money from American Legion Post 568 on Birney Avenue.

"Usually when you join a club like this you have to look at their DDW-214, which tells you how many years you were in the service what you do, what medals and stuff you got," said Thomas Benson from the legion. "I think he falsified a lot of his stuff."

Crawford portrayed himself as a combat veteran claiming he left the service by honorable discharge.

According to the district attorney's office, Crawford went AWOL after 2 months and 25 days while he was still in boot camp.

Veterans in the area aren't surprised to see the new charge against Crawford.

The commander at VFW Post 25 in Scranton said he spent time there for about 2 years; officials suspect he was lining up similar fraud at that organization.

Crawford offered to help run the VFW before he was even a member, offering to handle finances and recruiting.

"He brought 3 or 4 guys with him in uniform and said ' I'll bring all these young guys in' and he just sent a flag," said Commander James Kuchwara.

Commander Kuchwara said he couldn't produce proper paperwork to get into the VFW and eventually he stopped coming around.

"This man didn't just do what he did to the legion he took from the community because that's what VFWs and legions are," Commander Kuchwara added. "We support the community."

"I'm really happy to see the district attorney is stepping up and bringing the charges that are so well deserved by this young man," said District Commander Chester Potoski of VFW District 10.