Some people in this part of Lackawanna County say Monday is day eight with no mail at all. 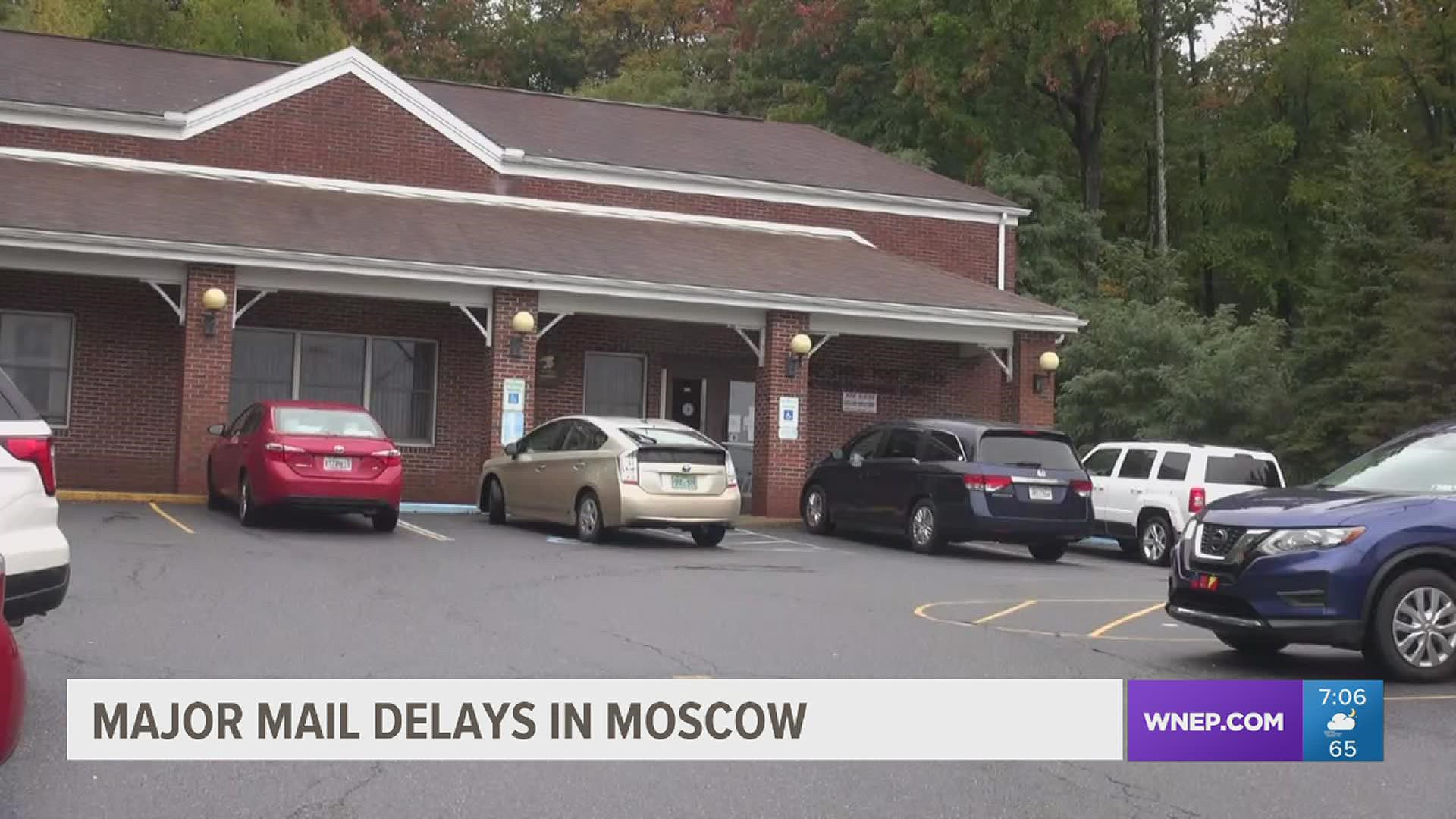 MOSCOW, Pa. — At the Moscow Post Office in Lackawanna County, it looked like business as usual Monday, with a steady flow of customers dropping off mail and packages all afternoon. But almost every person Newswatch 16 spoke to both on and off camera says there are major delays happening in the 18444 zip code.

For some we spoke to, this will be day eight without any mail at all; others say they did get some items over the weekend after a week without anything.

A sign on the door says the Post Office in Lackawanna County is experiencing staffing issues, which folks say they understand. They just wish there was a compromise.

"Oh, I would definitely go to the post office until they sorted this out and got a new driver. That doesn't bother me. Or at least take a driver from another route and do our route one day and the other route the other day, so at least we have some mail not eight or nine days with absolutely no mail," said Gioupis.

In a statement to Newswatch 16, a spokesperson says, "The Moscow Post Office is currently hiring carriers due to recent retirements and expect new personnel to begin next week. We appreciate customers' patience and understanding."

The sign on the post office's door also urges people to voice their complaints on the USPS hotline, not in the store, holding up the retail line.

"I feel bad they're having to deal with a lot of angry people. I'm sure there's people going over yelling at them. There's nothing they can do; they don't have the staff," Salamon said.

A spokesperson says USPS is encouraging people who are interested in a career, part-time, or seasonal position with the Postal Service to check usps.com/careers.