Madame Jenny’s: A Trip Back in Time

SCRANTON, Pa. — Downtown Scranton’s newest bar inside the Bittenbender Building on Franklin Avenue doesn’t have a sign out front, but thatR... 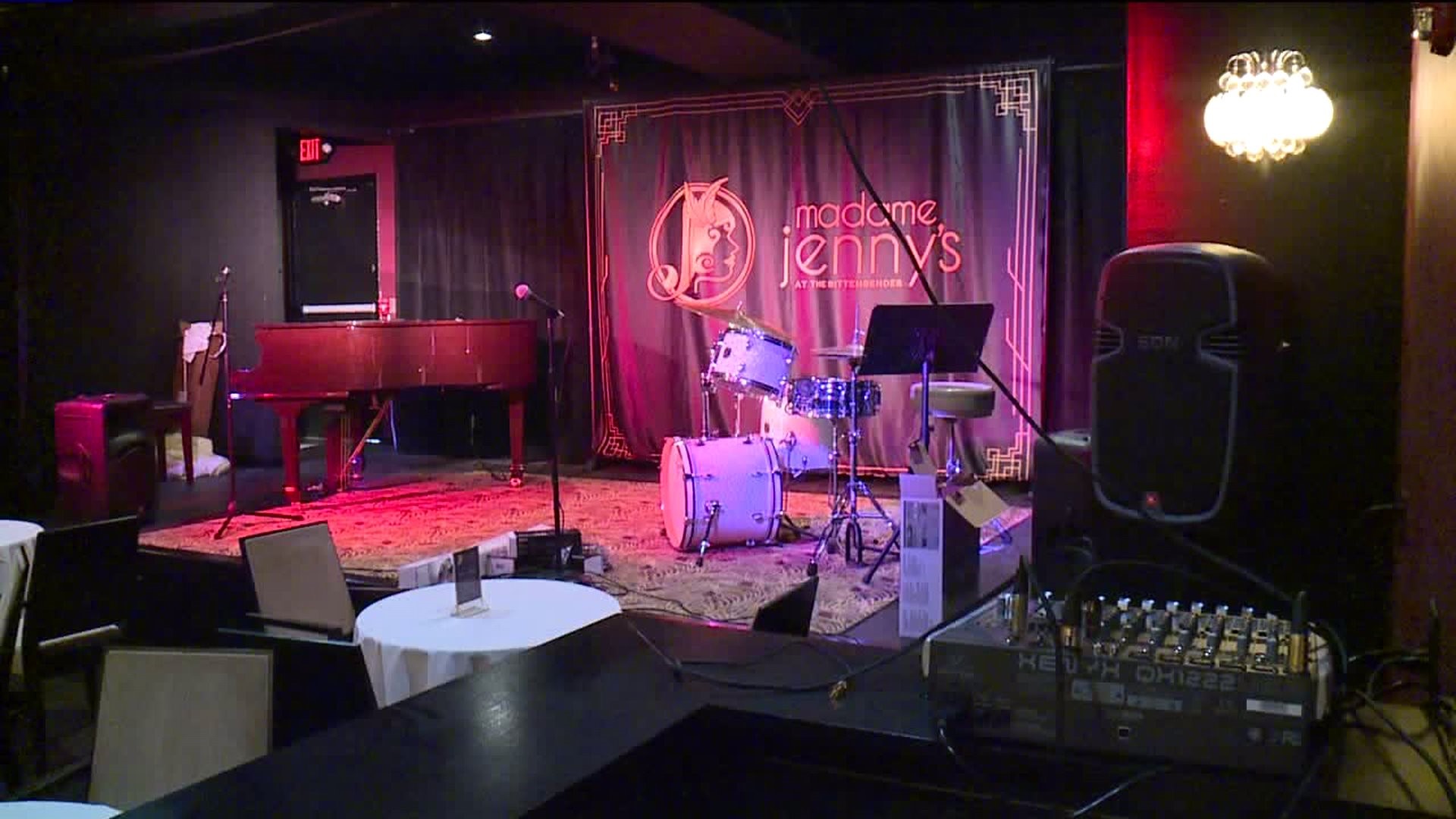 SCRANTON, Pa. -- Downtown Scranton's newest bar inside the Bittenbender Building on Franklin Avenue doesn't have a sign out front, but that's the point. It's supposed to be hard to find the back room that is now Madame Jenny's, a nod to the speakeasies of the prohibition era.

"I think that Scranton is the authentic speakeasy. In the alleyways behind this building, it was known as the red light district and the tenderloin district, and there were 157 speakeasies in downtown Scranton alone during prohibition," said Wendy Wilson, hospitality director for Madame Jenny's.

Madame Jenny is Jenny Duffy, a fabled madame who ran Scranton's most successful brothels around the turn of the century.

Now in 2019, Scranton businessman Art Russo owns the speakeasy bearing her name. On Friday afternoon, workers were putting the finishing touches on the place which is filled with decor from the Waldorf Astoria Hotel in New York City.

In order for patrons to get into Madame Jenny's, they first have to walk through Ale Mary's pub in the front of the building.

"There's a safe door in a lounge that we have, you open up the safe door and you walk through a hallway and you kind of feel like you're walking through an alleyway between the buildings," Zach Russo said.

That "alleyway" is lit with red light, a nod to the darker side of downtown Scranton's history.

"It was because the miners left their lanterns outside of the bawdy houses that it was called the red light district," Wilson added.

Inside, the speakeasy is a performance space. The owners have music, dance, and comedy shows planned for the first few weeks.

"We would like to take off on that adage that 'if you can play Scranton, you can play anywhere.' Because entertainers flocked to the city because if the Scranton audiences like them they knew they had a great act and they knew they could take it to the rest of the country," Wilson said.