SCRANTON, Pa. — The company that collects delinquent taxes for Luzerne County and the city of Scranton is under fire. Federal prosecutors tied the company... 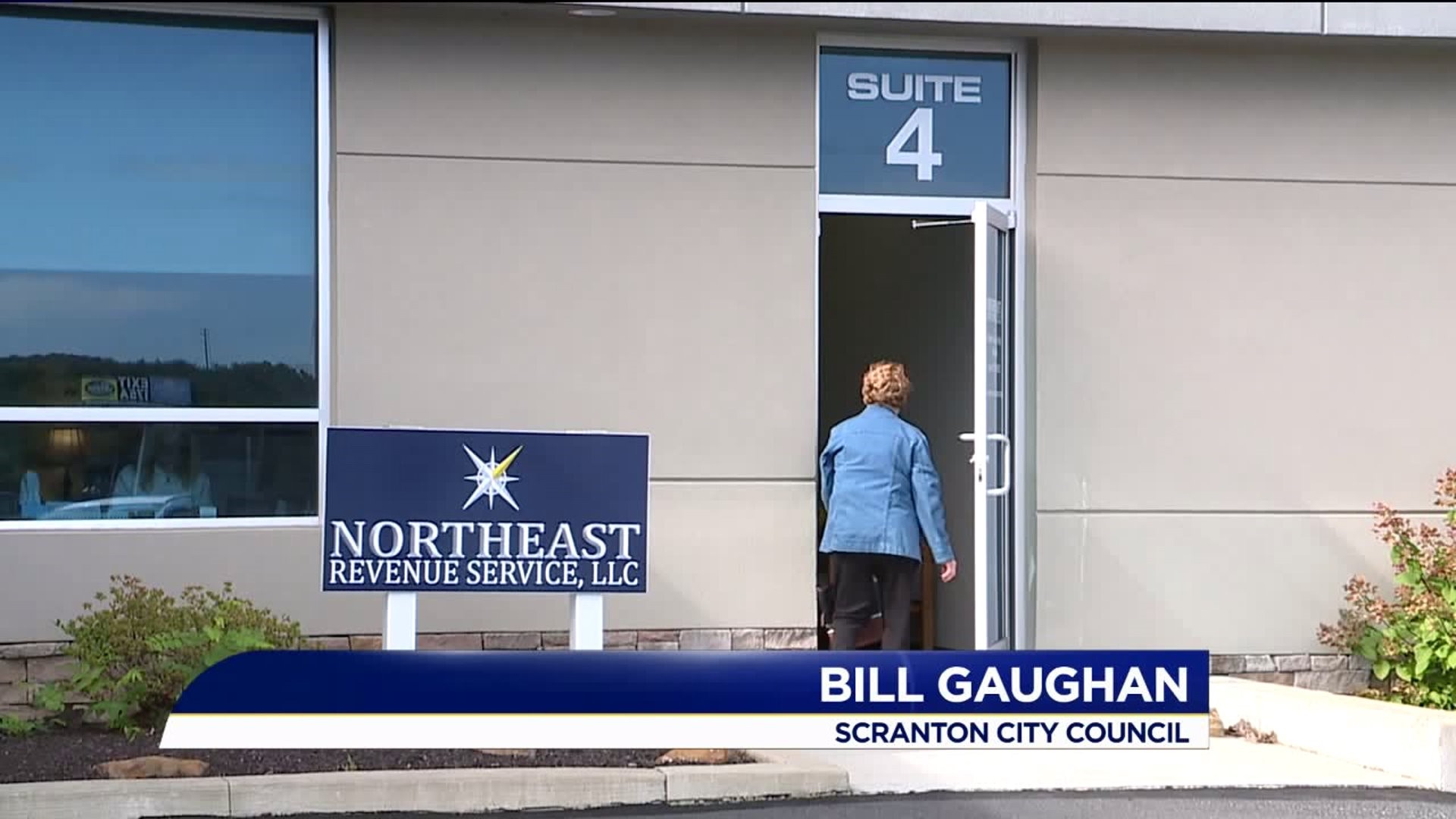 SCRANTON, Pa. -- The company that collects delinquent taxes for Luzerne County and the city of Scranton is under fire. Federal prosecutors tied the company -- Northeast Revenue -- to a pair of public corruption investigations, and the company's future in the area's largest city and largest county is in question.

Northeast Revenue has collected more than $200 million in delinquent taxes in Luzerne County in the last two decades, another $30 million for the city of Scranton in late property and garbage taxes.

But its connection to two disgraced ex-mayors may cost the company their contracts.

Luzerne County Council member Matt Vough says Northeast Revenue's actions as listed in criminal indictments should be enough for the county to find a new company to collect taxes.

"This is something we really need to strongly look at because it's some strong allegations," Vough said.

That company has been collecting late property taxes and garbage fees in Scranton since 2008. City council member Bill Gaughan says Northeast's time is up.

"It looks like the same politics as usual. You got to pay to play," said Gaughan.

Federal prosecutors cited then-Allentown Mayor Ed Pawlowski on corruption charges connected to Northeast Revenue, which is listed on the indictment as Company #4.

The feds claim that in 2014, Pawlowski rigged the scoring system, so Northeast Revenue would win the city's contract to collect taxes.

The indictment of former Scranton Mayor Bill Courtright this summer reads that in 2017 he, "accepted a cash payment of $4,000, intending to be rewarded in connection with the continuation of a delinquent tax collection contract," from Northeast Revenue, listed as Company #1.

"You cannot do business with an entity that was involved in two pay-to-play schemes," Gaughan said.

Northeast Revenue officials would not comment on camera, but note the company cooperated with all criminal investigations, and no company officials were charged.

A spokesman sent us a statement, saying, "We constantly receive high praise for our work from government staff as they know they can expect nothing less than consistent performance they have received year after year."

"They have been an excellent vendor for the county. They have served the county very well," said Luzerne County Council President Tim McGinley.

McGinley says the county is reviewing bids from a few companies looking to be the next county tax collector, including Northeast Revenue.

"Some people are rather upset by that, and there's reason to be," McGinley said.

In Luzerne County, a committee is expected to recommend which company to hire as a tax collector later this year.

In Scranton, Mayor Wayne Evans tells Newswatch 16 he expects to meet with Northeast Revenue officials and make a decision on the company soon.