Hopeful folks buying lottery tickets have big plans if they win the money. 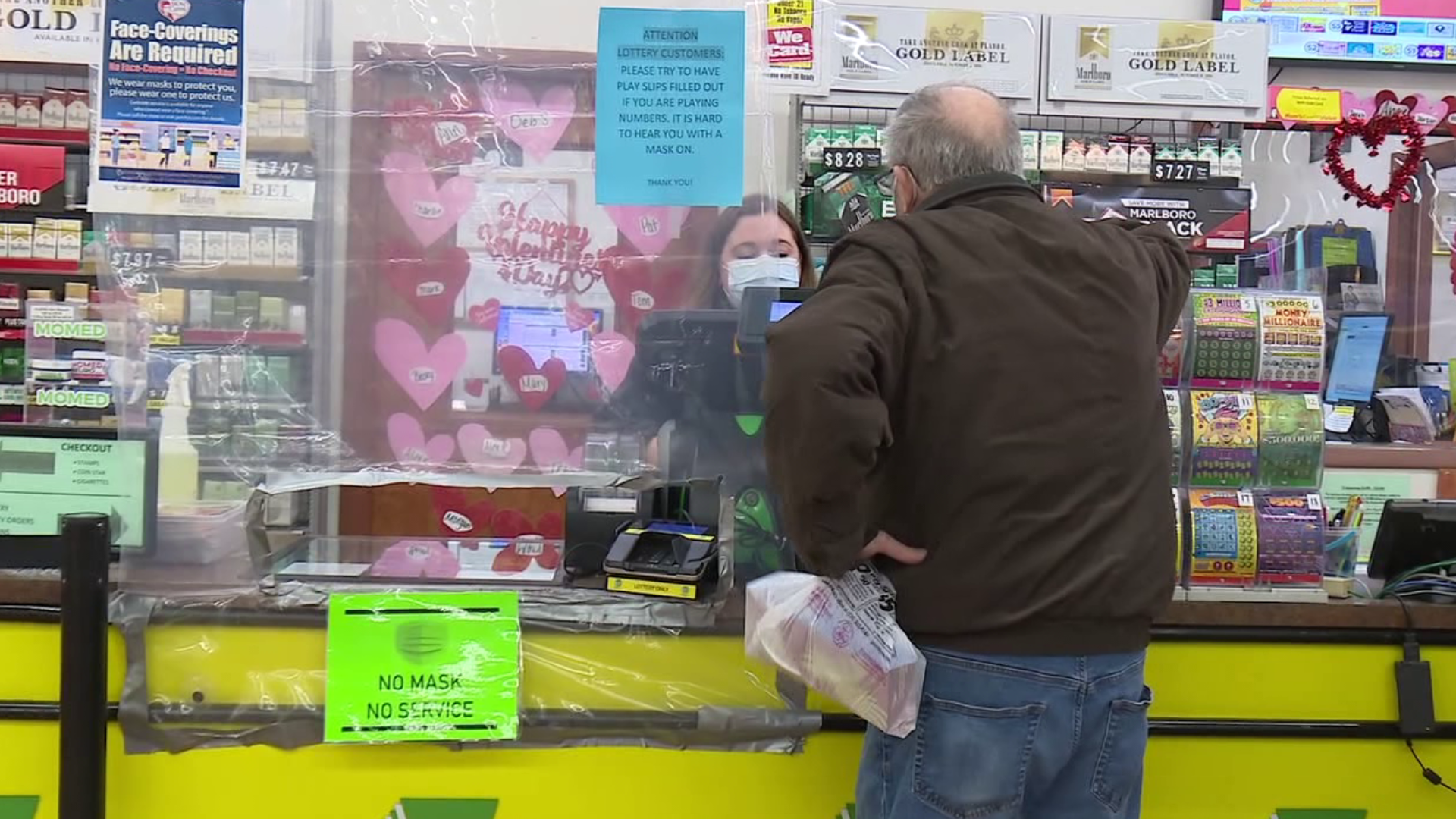 During a global pandemic that's affected all of us in one way or another, a little hope goes a long way.

"All I need is one ticket and the right numbers," said Richard Jascoviez of Scranton.

There was a steady stream of folks picking lottery numbers through plastic screens at Gerrity's on North Keyser Avenue in Scranton, hoping to pick the winning numbers for one of two huge jackpots.

Saturday night's Powerball jackpot is at almost $650 million, and the Mega-Millions jackpot is now over $850 million after no winner on Friday night.

Hopeful folks in Lackawanna County had big plans for that money.

"First thing I would do is I would buy a house and I would buy myself a Bugatti, for sure. Absolutely. And I would buy my wife a Corvette, so she can have her dream car. That's what I'd do," said John Griffin of Scott Township.

"I'd give it to charities, church, all organizations that need it. The homeless, that take care of veterans. Anywhere that I can apply it, I would send it," said Jascoviez.

Helping those in need was a popular answer. With a combined one and a half billion dollars up for grabs, there's plenty of prize money to go around.

"There's a lot of people that need some money, a lot of homeless pets. So, I think I'd take care of some homeless pets first," said Lenny Mitchko of Olyphant.

"I would secure futures, I would share with all of our family, probably some of my co-workers. Make sure my kids have money for college and travel," said another customer.

The chance of winning either jackpot is about one in three hundred million but you can't win without a ticket.

"You have too. I mean, what is it? Two bucks for the ticket. Two bucks, if you win that. You're set for life. Your great-grandkids are set for life," said Griffin.

You can watch the Powerball drawing Saturday at 11:00 p.m. right before Newswatch 16 at 11.